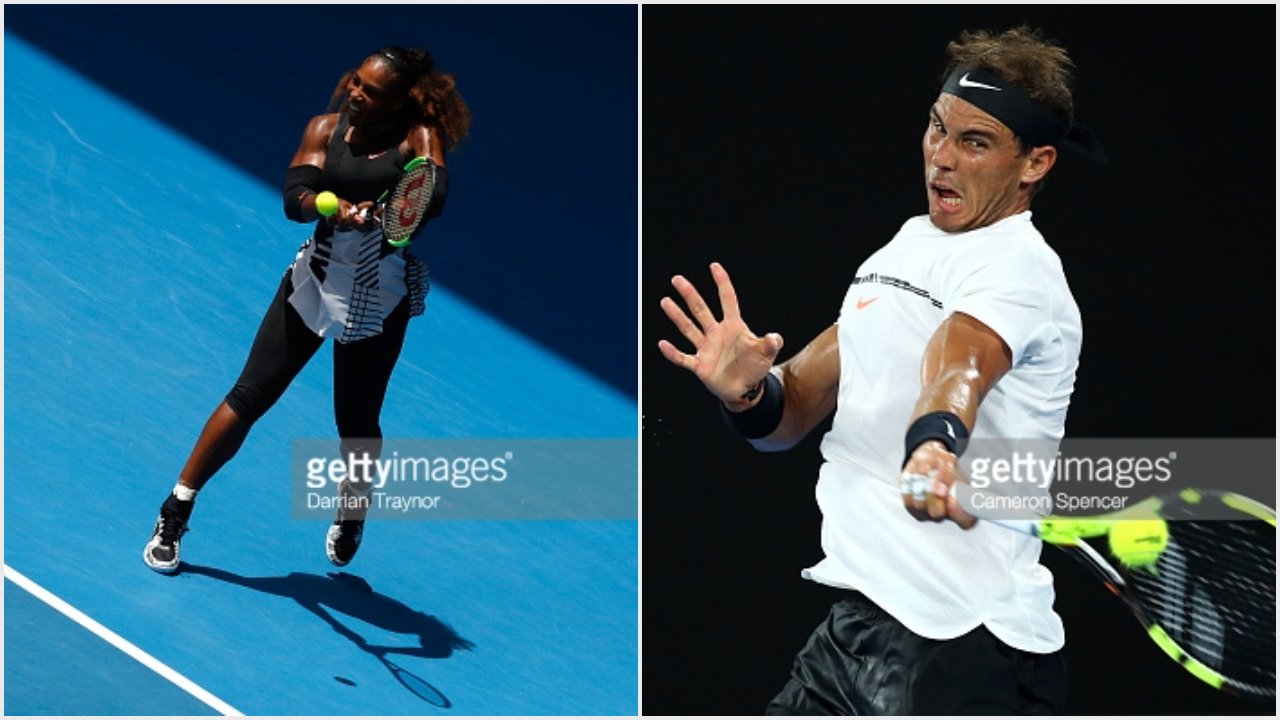 Konta once again showed she’s a genuine contender for the Title with a straight sets demolition of Ekaterina Makarova. She served out of her nut again here, with the exception of a brief lapse of concentration at the start of the second. She came out firing, Makarova didn’t look to know what had hit her in truth. Its not just the way she is serving right now, its the way she’s constructing her points, invariably ending in a Winner off the racket strings. She trailed 1/4 in the Second Set and reeled off five straight games in the blink of an eye. Makarova didn’t do an awful lot wrong today and didn’t play badly , she lost 6/1 6/4, including 9 Aces from the Brit. She will go into the contest with Williams feeling almost certainly that She has nothing to lose. She doesn’t. It will be a huge surprise to me if Serena doesn’t have to put in a Big performance here to take the Brit out. Williams for her part beat Barbora Strycova, this was certainly not a vintage performance from her by any stretch. Strycova mixing her game up with plenty of slice, pace and adventures to the net. This seems to of become a theme now ever since the Vinci loss at the US. Players who have this in the locker will go out of their way to play like this against Serena. Which is obviously fair enough. Strycova possesses this in abundance anyway. This frustrated Williams at times and she was relieved to get this one out the way. “I think she’s a really smart player. She can do everything—she can run, she can come to the net, she can hit slice, she can do pretty much everything. So it was a really good match for me, and I’m glad I got through it” 6/4 7/5. The Serve wasn’t on either today, this simply cannot be the case against Konta. It would be difficult to see how a 45% First Serve rate could get the job done against her. She’s performed in so many of these type of matches in the past, that’s one of the reasons why she’s Serena Williams. She will need to put in another one of those performances here or she will find herself in trouble. The other Quarter-Final is made up of Karolina Pliskova and Mirjana Lucic-Baroni. Pliskova had far too much power and energy for Daria Gavrilova. The Australian has had several brutal heats here already. This was always probably going to be one match too far. Always struggling to hold Serve and getting minimal chances on Pliskova’s as you would expect. Pliskova remains undefeated this year and  will go into the Quarter-Final match with Lucic- Baroni, who also over powered American Jennifer Brady as a huge favourite. Its only a 3-2 head to head to Pliskova interestingly, though nothing since 2015. Lucic’s thigh is still heavily  strapped but there remains  no sign of it being any real hindrance to her movement. Brady was poor today though and the Croat ran away with the Second Set quite quickly. Totally dominating her opponent by the end of the match. That’s the general theme of the Last 8 line up here. Fast Court players who don’t give you much say in what is going to happen.

Rafa Nadal set up a Box Office Quarter-Final against Milos Raonic after he beat Gael Monfils. Nadal bullied Monfils for Two sets here as the Frenchmen seemed content to roll over. I don’t know why it is, but he seems to give the best players in the World a head start before he starts to play. He had a patch here, at the end of the Third and the start of the Fourth where he had Rafa on the ropes. Playing him off the Court with  patience in constructing the point and power to finish it. It looked like we were about to see what Rafa had really got in the tank, then Gael folded, relinquishing a break lead in the fourth to lose four consecutive games and with it the match in four. Having said that some of the shot making here was a joy from both Players. Rafa zipping Forehand Winners as usual and more impressively a lot of backhand winners in the first two Sets. Monfils ‘slam dunking’ and letting fly on the Forehand making for a top highlights reel here. Nothing more than you would expect from these Two though. Just feel there was an opportunity  for Monfils today and once again he failed to deliver when push came to shove. There’s no doubt in my mind or most peoples that he’s got it the Frenchman, he was a better Junior than Murray not forgetting. Just wonder whether we will ever see it. Nadal will be glad to get through this one, after starting well and looking in total control he found himself powerless to Monfils’s attack at times. Raonic was also looking like he could be in serious trouble against Roberto Bautista Agut, before running away with it in the fourth. The Canadian who says he’s been fighting flu was struggling to stay with Spaniard at times here. Raonic must of found the tireless Bautista a nightmare, especially under the circumstances. The key to the match here being at 4/4 in the Third,  where Bautista had several  break points but Raonic ended up serving and hitting his way out of trouble, as he so often has in the past. He broke next game as the Spaniard  tightened up and ran away with the fourth and the match,  7/6 3/6 6/4 6/1. He did get away with it a bit Today as had the Spaniard Won the third Set this would have got very nasty. Earlier in the Day, David Goffin got over a slow start against Dominic Thiem to book his Quarter-Final match-up against Grigor Dimitrov. Thiem’s power caused Goffin problems during the opening Set but after this he was rarely troubled. The Belgian was far too consistent off the ground and Thiem’s error count was increasing by the minute. Goffin also served well here though keeping pressure on the Austrian’s delivery. Dimitrov also survived an assault from Denis Istomin who, was cracking Winners all over the gaff for two sets. Dimitrov stuck with him though and managed to take the second set on a Breaker. Istomin had a Medical Time Out and wasn’t the same after. His exertions from Djokovic and Carreno Busta taking their toll. Dimitrov dropping just 3 games in the third and fourth Sets. He’s been very impressive to date as has Goffin with the exception of his First Round encounter against Reilly Opelka. Dimitrov’s  attitude has looked spot on, especially in the victory over Hyeon Chung where again he weathered a stormy patch.