(10) Patrick Mouratoglou – As Serena said, he took her from “great to history”. Williams was on 13 grand slams when Patrick joined in 2012. They are a formidable unit and one that looks set to have a new chapter in 2018! The perfect partnership, like Serena, he has a burning desire to win not to mention the looks and personality to match that swag! What a man! 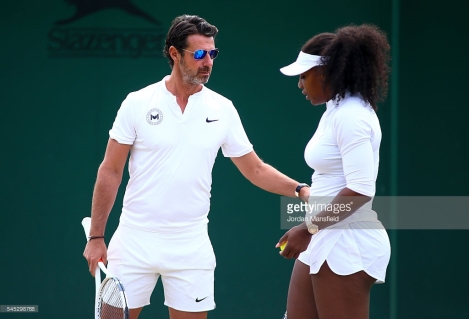 (9) Richard and Oracene – Pretty self-explanatory this entry. The foundations and SOME were set by Richard and Oracene, from 3 years of age in Compton all the way through Rena’s career. A quite extraordinary story and one that has changed tennis forever. The dedication and work put in by both have been there for all to see with not just one but two tennis champions!

(8) Aura – This is something Rena has in abundance! WOW! I am quite clearly a little biased but this stuff makes your hairs stand on end. The presence and confidence ring out from miles away. A supreme confidence that comes only with utter domination, keeping that aura is difficult, not for Williams! It’s one that sends me into a fixated trance! I’m in total awe!

(7) Asserts herself – Basically, you could conceive it as being an outright bully or for the not so blunt, just imposing your game on your opponent irrespective of who they are. Knowing that if she brings her A game or even her B game, the rest will take care of itself. There is the flexibility of changing up her tactics when needed but only when it suits! Seeing Williams tee-off on serve and her ground strokes is a sight to behold, consistent, powerful and relentless! Beauty! 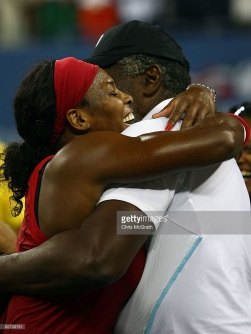 (6) Drive/Focus – Always looking to win more, it is as simple as that. When Serena gets that look in her eye, nobody is going to stop her! The look is one of sheer single-minded focus and it’s all but game over when you see this! The passion and emotion on court show just how much she craves success, this even more evident with time. Most players struggle to keep this level of drive and focus up over their playing career, Williams hasn’t! There is continuously a burning desire to both win and succeed!

(5) Mentality – She knows she’s the best and takes this into matches with her. To continuously step out on to the court and replicate her performances and maintaining standards to the highest level is quite remarkable. To not so much as question this or to doubt her own abilities, even when Serena does encounter this in matches she finds a way through! Crank it up!

(4) Ability/Athleticism – An absolutely phenomenal athlete who has the lot! Speed, power and agility are there for all to see. Combine this with the ability she has with a racket in her hand and her competitors must have many sleepless nights! The Serve as we know is a stroke of elegance, the forehand and backhand have what ever is needed whether it be power, accuracy or placement. If in doubt Rena combines all three.

(3) Write her off at your peril! – Many a people have done this over time and come massively unstuck! Whenever the questions have surfaced during her career they have been instantly answered! Probably no more applicable than after her defeat to Virginie Razzano at the French in 2012. Serena went on to win Wimbledon, the U.S Open and the French in her next four slams! When it is backs against the wall time there is no one better at answering the critics!

(2)Big match player – This is what makes Serena soooooo great. The amount of times a match has been built up and she has just come out and absolutely smashed it! The bigger the match the bigger the performance and it’s what makes her such a formidable obstacle. The closer the rivals actually are can often result in a bigger beating. At the Olympics in London, she beat Azarenka 6/1 6/2 and Sharapova 6/0 6/1 in her last two matches, obviously her biggest rivals too! She tends to come out very quick in these matches and keep that level of intensity. Over-whelming most in sight! Champion! 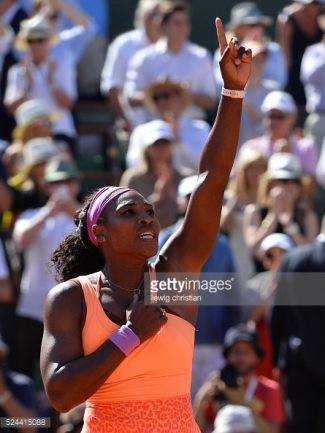 (1) Personality and Iconic Status – It is not just me, there are many, many people who would agree Serena Williams has become an iconic figure. As a Champion, she is graceful in defeat and always very humble, liked by her colleagues and peers. Though it is not just her on court achievements that make her this figure. She campaigns for what she believes is right in life, whether this is race, gender or life backgrounds as a few examples. Someone who doesn’t abuse their status as a superstar/celebrity but channels it in the correct manner! With both marriage to Alexis Ohanian and the birth of the couples first child approaching the good times look set to continue, both of these landmark events can only add to the ICON and LEGEND!

The Champ and The Don! Ladies and Gentlemen, Serena Williams!