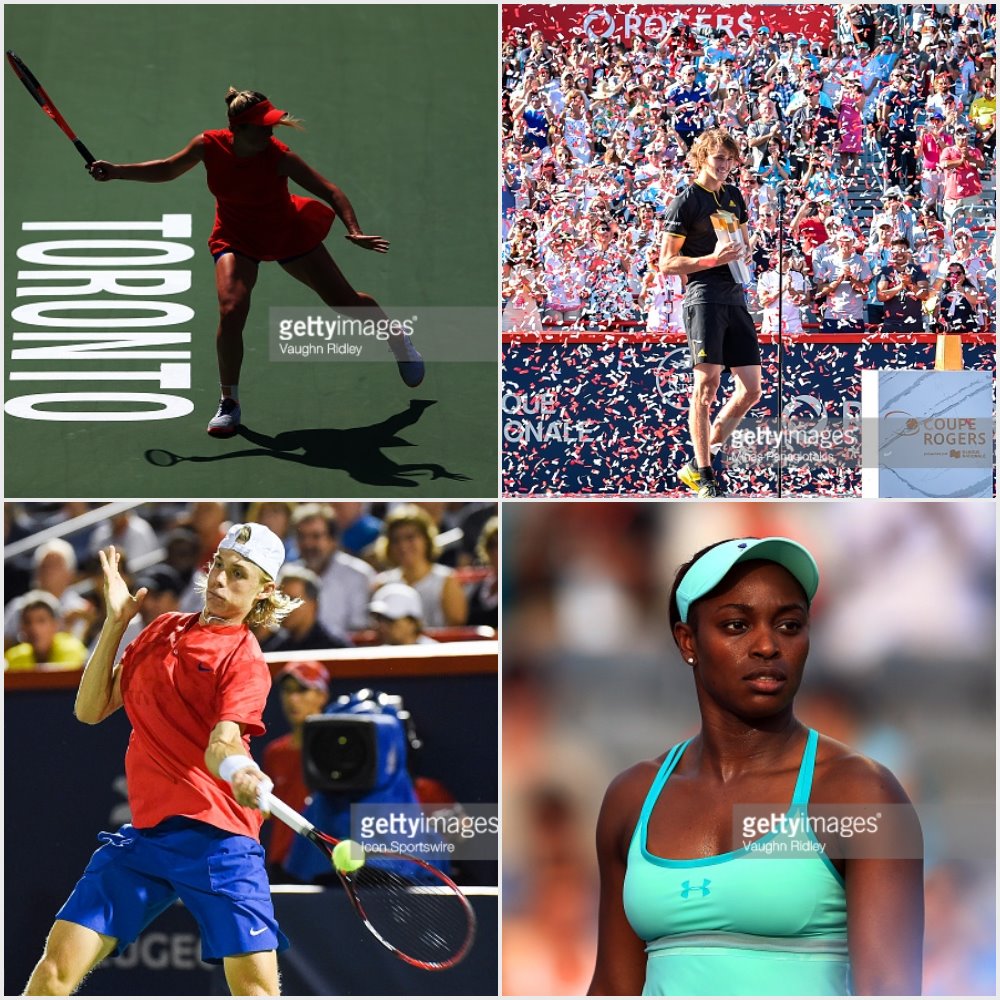 Alex Zverev and Elina Svitolina claimed the titles last week in Montreal and Toronto respectively, taking another step forward in making the big breakthrough.  The question now is will they be able to step it up in NYC at the end of the month?

Sascha failed in Paris when losing to Verdasco in the first round this year, the pressure maybe took its toll, but you just know he is learning all the time and that first Slam can’t be far away judging on his performances. It sounds harsh to say he failed at the French but such are the expectations! He has that ability to grind out matches as he showed against Richard Gasquet, saving match points in the second round encounter. It would have been easy to think that Sascha would have been tired coming in after winning in Washington the week before. Yet again, he wasn’t! He then beat Kyrgios, Anderson, Shapovalov and Federer, all without dropping another set! Nick and Federer, may have been carrying slight injuries but they both still had to be beat! Not exactly sitting ducks! The composure shown brushing both aside with ease was again impressive! He asserts himself on his opponents and it’s a big game to deal with then! Even Federer has to be fully fit to beat him right now!

Denis Shapovalov had a dream week, the 18-year-old saved match points against Rogerio Dutra Silva in his opener and then upped his level and added the scalps of Del Potro, Rafa and Mannarino to his list in making the semi’s! Mannarino was a better win than given credit for, the Frenchman had already beaten Milos Raonic 6/4 6/4!   Rafa said it was his “worst defeat of the year” but he also went on to praise Shapovalov! The main thing was the Canadian looked at home with the big game pressure and crowd expectation! The Lad Diego Schwartzman beat Dominic Thiem and went on to make the Quarter’s where he lost to Robin Haase. The Dutchman also beating Grigor Dimitrov on his way to defeat to Federer in the semi’s!

In Toronto, Elina Svitolina landed her fourth title of the season. Wins over Venus, Muguruza, Halep and Wozniacki in the final will give her a lot of confidence as we move into another wide open slam in New York! The win moves the Ukrainian to number one in the Porsche Race to Singapore and number four in the overall rankings. She brought with her the aggressive counter punch style of play and precision hitting off the ground that we have become to expect to see. Like Sascha, the 22-year-old goes into New York with serious claims again! Wozniacki put in some good performances on her way to the final, wins over Aggy Radwanska, Karolina Pliskova and Sloane Stephens before defeat to Svitolina in the final! The Dane has a good record at Flushing Meadows including a final appearance in both 2009 and 2014!

Sloane was playing only her third tournament since the Olympics last year. It is great to see her back, making the semi’s here and doing so well so early after surgery. Plenty of big hitting from the American last week with wins over Kvitova, Kerber and Safarova. She just ran out of steam against Wozniacki in the semis. If she can play anywhere near this level for the remainder of the season then expect some damage to be done, we know the ability is there. Top effort from Sloane though and long may it continue! She has already taken Safarova out again this week in Cincy! Jo Konta was playing her first event since Wimbledon, after gaining a bye in the first round she lost to Ekaterina Makarova in 3 sets!