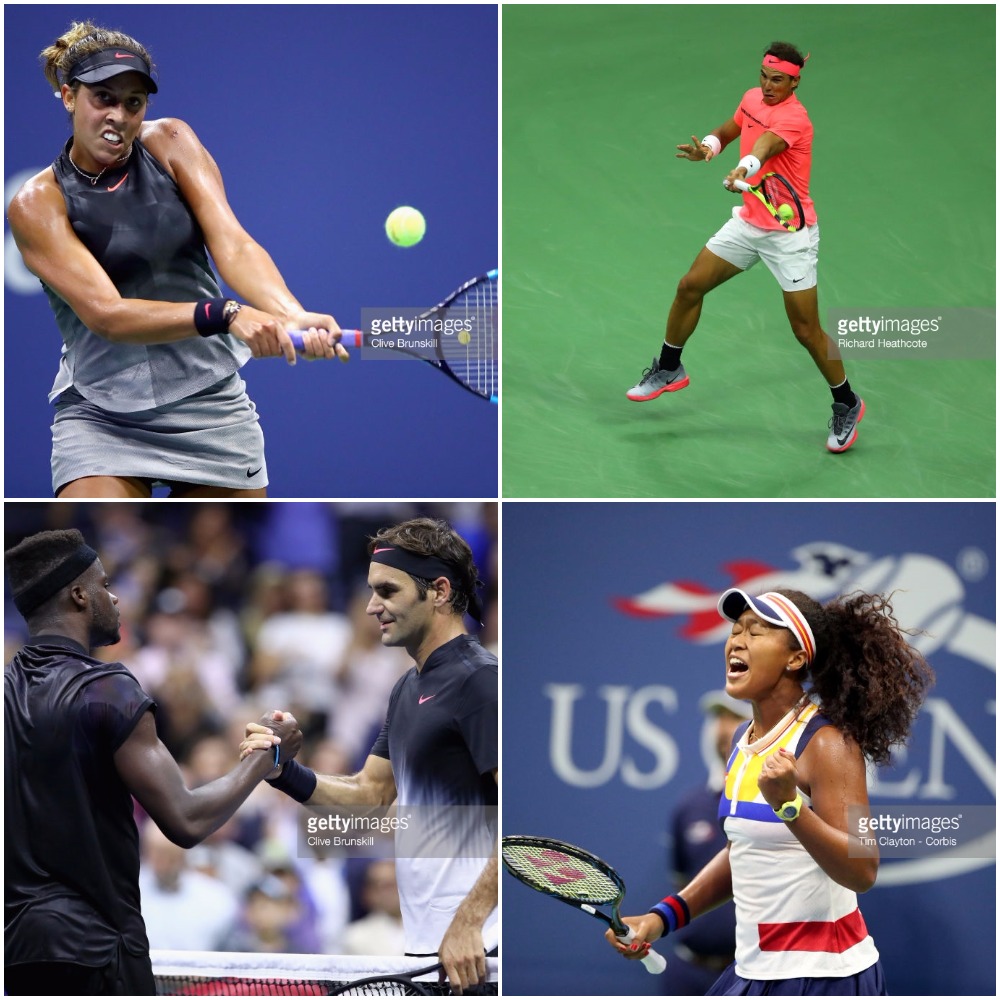 Despite only nine matches being completed today, there is still a fair bit to talk about! I was lucky enough to dodge Flushing Meadows for the day and I can’t complain about my luck in this instance!

Only two men’s matches were completed today! The big names of Roger Federer and Rafa Nadal benefiting from the roof on the Arthur Ashe! Federer got away with one tonight against Frances Tiafoe, a spare pair of underwear was much-needed! The young American taking the Fed-Express the distance. Federer was slow out of the traps and looked to be short of confidence, obviously due to the back injury suffered against Sascha Zverev in Montreal! Tiafoe played very well in parts but did go missing in sets 2 and 3 after winning the opener! The fourth saw Federer lose his focus as Tiafoe breadsticked him, having only winning 3 games in the previous two sets! The fifth saw Federer gain the early advantage but having saved a match point the American broke back, before ultimately getting broke serving to stay in it! I have to say I still find it amazing how the crowd seemed about 75% Federer! I know it’s always the same but come on! This would have been a huge upset, get behind your man!! I also appreciate people would tell me that my biased attitude towards Serena would see me do the same, but I guarantee that I would be in the vast minority at Wimbledon, not the vast majority! To me it actually shows a lack of tennis knowledge and appreciation from most spectators! That would be worldwide not exclusive to here…even at Wimbledon! Don’t get me wrong I do appreciate how and why Federer is so popular but it has got ridiculous! Rant over! Tiafoe’s comments prematch of I just can’t envision a better atmosphere. Half the crowd is drunk and just going nuts in the stands”, represents decent bants from a very likeable lad! He would also rightly feel hard done by to not have made the shortlist for my ‘top 10 male players with bang on swag! My bad! Rafa had a lot less trouble in seeing off Dusan Lajovic after winning a tight first set, where he was a break down! What was interesting was Rafa’s comments after that “the support of the crowd here is massive, love it, but today under the roof the noise was too much, I couldn’t here the ball”. Imagine what it will be like should he face Federer!!!

Naomi Osaka beat defending champ Angie Kerber 6/3 6/1. Kerber is still yet to beat a top 20 player this season and has failed to make it past the last 16 of any of the slams! The ranking will nose dive once again after this performance. Osaka was superb and looks to be maturing, blitzing winners under the roof of the Ashe Stadium but in truth this wasn’t that big an upset! Kerber says she still believes in herself but this year now looks a complete right off. Making the end of year finals in Singapore is going to be difficult as she currently sits in 16th position on the list, that’s not improving over the next two weeks! Madsion Keys opened up the evening session, overcoming a tricky opponent in Elise Mertens. It’s a win she wont get much credit for but it is still a good win IMO! The American didn’t have it all her own way and was tested, a nice way to get in to the event! The other winners today were top seeded Karolina Pliskova,Jelena Ostapenko,Barbora Strycova, Sorana Cirstea and Yanina Wickmayer.

I will be making another appearance tomorrow at the Billie Jean King National Tennis Center, sharing myself between the Louis Armstrong and the outside courts. So much is going on I won’t know where to look! Hopefully the weather holds!!!