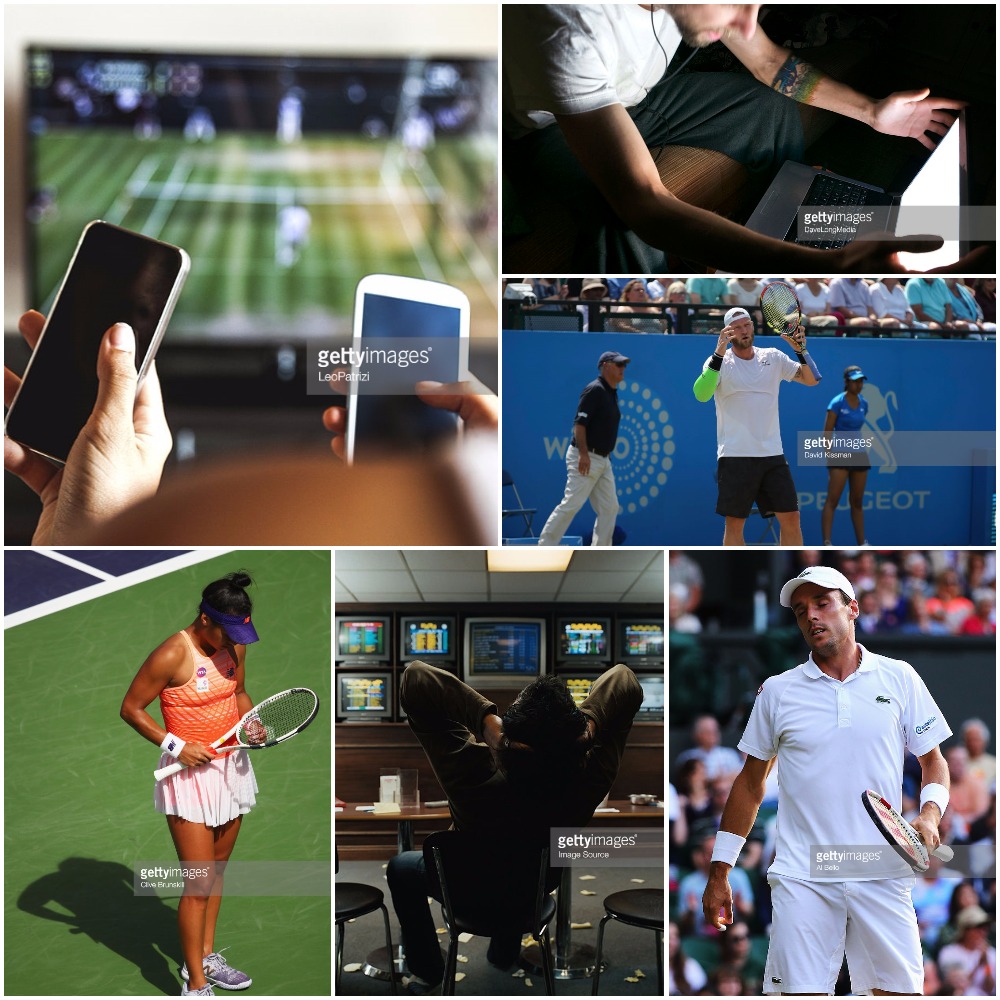 I feel this is something I’m certainly qualified to talk about!  I have spent a large part of my life working in the tennis betting industry and have loved the game of tennis for an even (much) larger part of it! Tennis is the love of my life, even some females have doubted who actually wins when they go head to head with tennis. I suppose you could say my love of tennis goes into any argument 1-0 up. The reality of this in terms of keyboard warriors and trolls is that there is no argument. The abuse tennis players suffer at the hands of social media is a disgrace and it would appear that betting can play a large part in this. Is this a bookmakers fault? No, there is such a thing as responsible gambling. People can say things on the spur of the moment, but then to actually go and send a tweet or message etc, behind a screen, aimed at someone is just pathetic! Tennis is obviously not the only sport/lifestyle to be affected by this abuse, far from it, sadly it has more than just crept into society!

You can pretty much punt on anything and everything in tennis these days. Main tour events, Challengers and ITF’s. The latter can be in the region of 30-40 tournaments a week! You can bet on nearly every match that is played in that tournament on that given week, whether that is in Egypt, Colombia, France, Greece or Nigeria…you get the vibe! That gives a lot of lower ranked players the exposure to be abused on social network! Like a normal member they may only have a few hundred followers! There is an argument as to whether all these lower level, lower prize money tournaments should be offered by bookmakers, but that is for another time! Higher and so-called lower profile players are both prone to barrages of abuse, it would be naive to think otherwise! Worst of all this is usually after a defeat as if the player isn’t more gutted than anyone! The sad thing is a player could easily be abused for losing a certain game or even a certain point in that match and still go on and win the match! Either way, imagine then getting told to ”DIE” or read lines about their family which are too sick to even write! Absolute FILTH!

I have read articles and seen tweets/status updates etc from players such as Madison Keys, Roberto Bautista-Agut, Heather Watson, Kyle Edmund, Nicole Gibbs, Kevin Anderson, Sam Groth and Jay Clarke. All saying how ( again, normally after a loss) abuse,  death threats, general threatening behaviour or racism have all played their part in social media messages sent to them! These are players that play on all levels of the tour currently, whether it be the main tour, challenger or ITF events! Pretty much every player will have experienced this at some stage though! Nobody is safe from this, so to solely blame betting on ITF events would be wrong in black and white! The problem is a lot deeper than that!

Players have started talking about it a lot more of late. Rightly so, people seem to forget that these are human beings too and not just betting commodities! Your average person would be upset by such comments made at them, so why wouldn’t a tennis player? Ex-Footballer and boxer, Curtis Woodhouse went to pay one of his trolls a personal visit! That is probably the right idea, go and see these fools and make them say it to your face! Sadly people don’t have the time, especially as they can be thousands of miles away and others don’t have any inclination to do such visits! I know I would feel like doing it if it were me!

The bottom line is people doing their bollocks punting need to keep their ‘on the spot’ comments to themselves and know the risks of gambling. We have all been there when someone hasn’t won a match that they should have, but as I have said nobody will be more gutted than the player involved! The reality is that tennis is a game of fine margins, swings and turnarounds, basically shit happens! If the player you backed lost 1 and 2 then you simply weren’t particularly shrewd and you should probably be throwing those appalling comments in the mirror at yourself! Personally, I’m prone to doing the latter if it goes wrong and I seem to have turned into what would be known as ”The Gubbage King” in the industry! So I’m sure others could follow suit! There is no excuse for the personal abuse!

Sam Groth nailed it when he tweeted ” Gamblers and keyboard warriors who abuse players after they have just lost, are the absolute scum of the Earth”!! He is a big lad as well is Sam, you wouldn’t want him knocking on your front door!