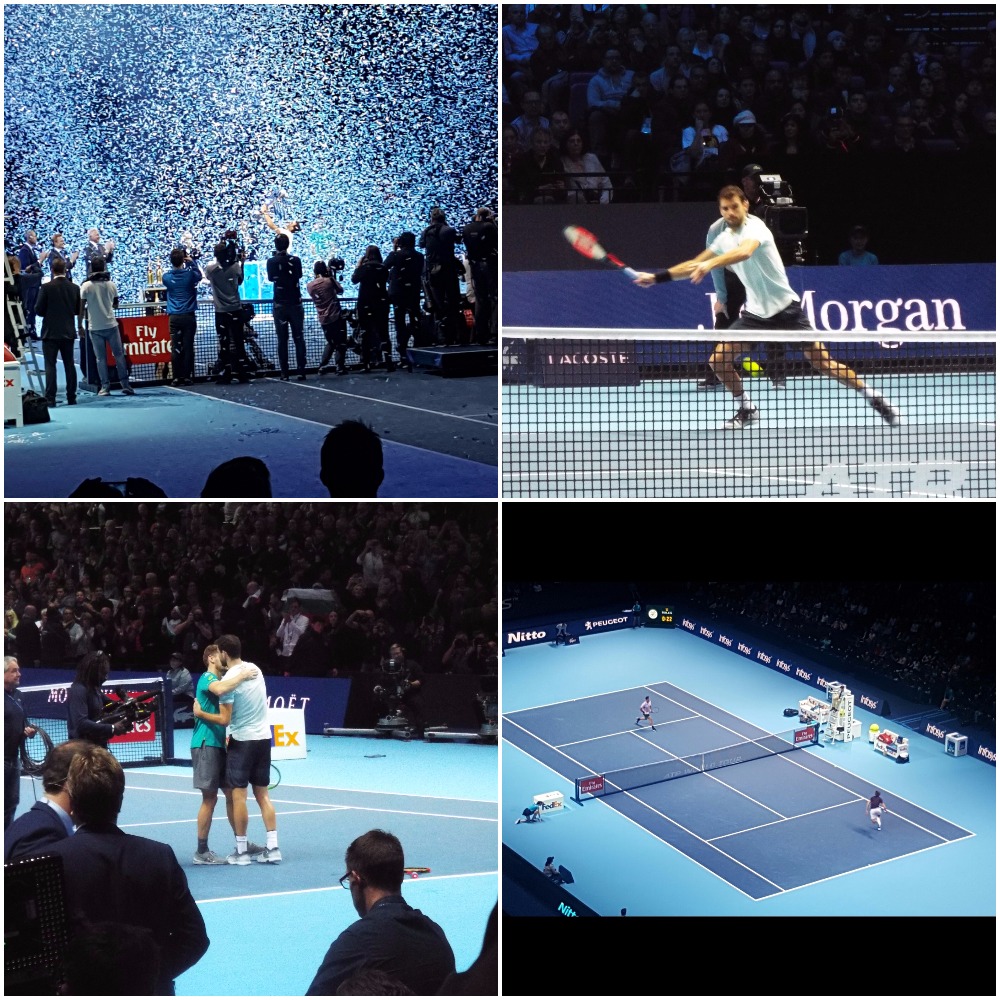 Having visited Surbiton, Edgbaston, Eastbourne, Wimbledon qualies, Wimbledon and New York on my tennis travels this year, I finished my season off (like the top 10) at the O2 and after getting through the group stages, I found myself there on finals day!

If I am honest, I think the general public has started taking the tournament for granted, either that or they think it is slightly overpriced! Possibly even a bit of both! The first part is inexcusable really, the same people will probably miss it when it’s gone. As for the prices, it is steep for one doubles and one singles match but it is pretty much in line with any top-tier sporting event! I paid £50 for the Tuesday and £70 for the final. I went to watch Federer v Zverev from the sky’s, though the view is decent from up top, as it has that Arthur Ashe Stadium ‘on top of the court effect’! I thought I was going to be in similar seats from the Dimitrov/Goffin final but on entrance, we were offered a free upgrade! This was obviously a massive bonus and one that I was very grateful for, it turns out we were 3 rows back behind the baseline! Waman! 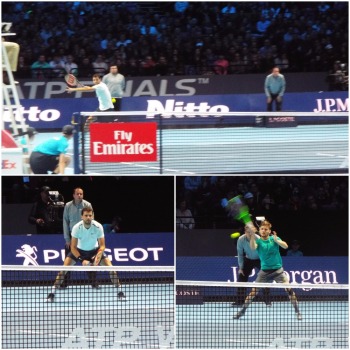 Federer or Nadal not making the final Sunday, coupled with Murray and Djokovic’s injuries meant that your average tennis fan and I use that word loosely didn’t think that this was much of a final on paper. As John Bunnell used to say on Worlds Wildest Police Video’s – “They were wrong”. Obviously, my experience was enhanced by being right down with the action and seeing the quality of hitting close up and feeling the atmosphere with it. This was, however, a great final in every sense after both players settled with early nerves! Nobody could really argue these weren’t the two stand out players of the week by the end of it, though it wasn’t the final some/most wanted to see!

I took the 7/1 Dimitrov having seen Rafa looked out of sorts in his earlier defeat to Goffin and with Federer looking beatable, I thought it was worth the risk each-way as it was time for Grigor to step up! This gave me an extra edge in the final, though I had traded a bit out of the win part of my bet and already had the each-way weighed in! I could enjoy whatever though and that was the main reason for this trade! The Bulmer’s were flowing before and after, they are £6 inside the venue though for a small bottle! A bottle of rose sets you back £28 for the record. 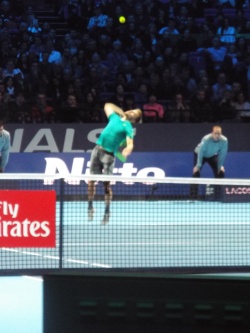 Aside from being that close to the play, it was awesome being that low for the presentation and lap of honour. As good as being high in the stands can be you certainly feel more a part of it when closer to the action. The missus was all over Snapchat from our seats, whilst I was all over Instagram in that situation! I capped it off with a cheeky little selfie with the Champ at the end, though what is apparent is that I seem to have had a few bevvies by that time! I did warn you!

Big fan of having this within a short tube ride from my house and I for one will be looking forward to next year, the year after and the year after that. I believe it will be at the O2 until at least 2020 currently. 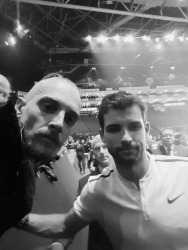