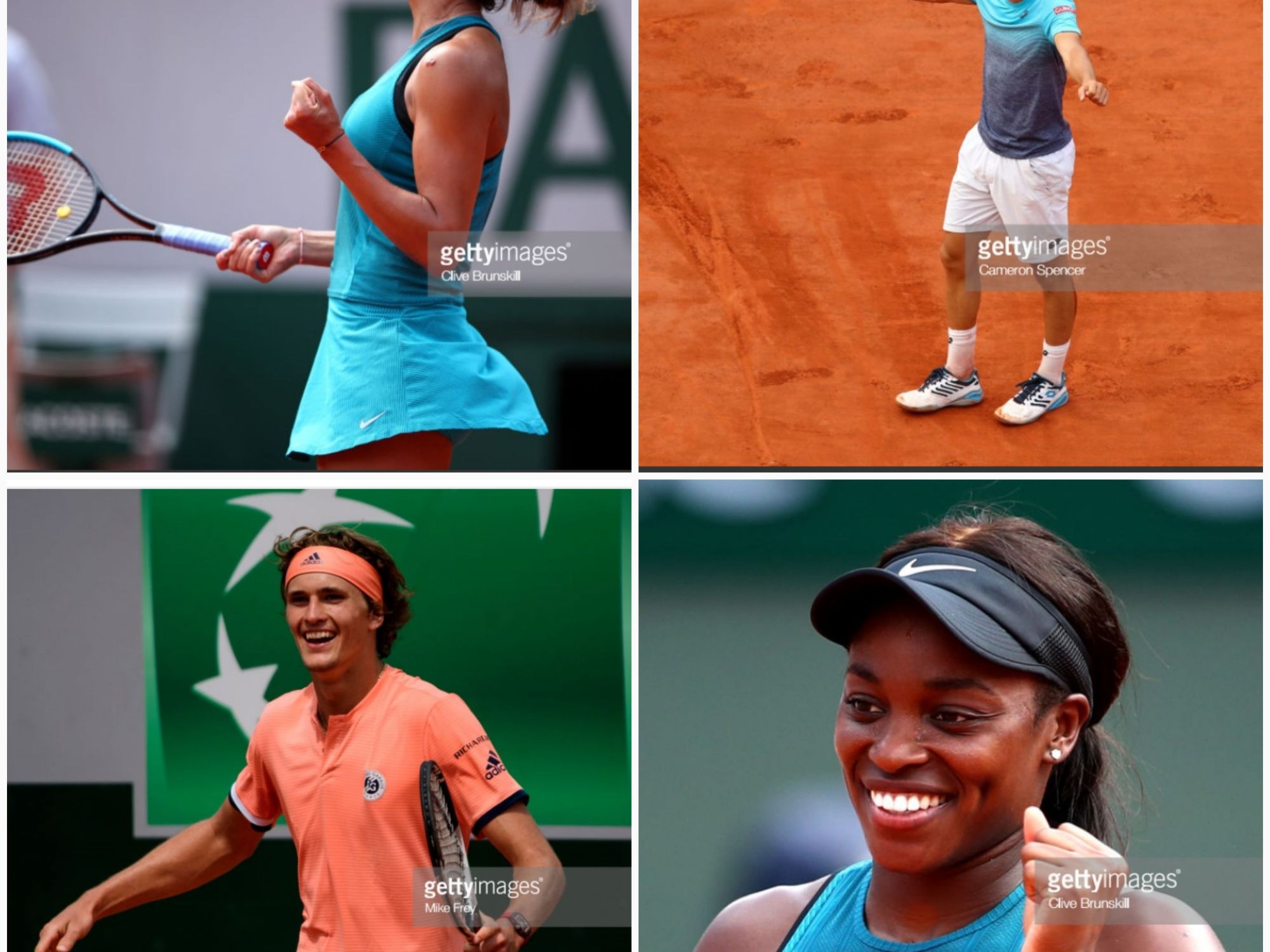 Sascha Zverev has somehow got away with another one AGAIN today. Karen Khachanov led by two sets to one and for the third time in a row, Zverev has dug himself out. I thought Khachanov would finish the job given the chance today. I was wrong, he certainly got tight in the fourth set and early on in the decider. The Russian did have two breaks point early on in the fourth. On the first the German got the luckiest of nets cords and it totally changed the match. This match had the lot really, brutally punishing rallies, blistering winners and some poor errors. As every match goes by I feel Sascha’s chances are diminshing. The consistency has been nowhere near and I’m just waiting for someone to down him.

I was very disappointed with David Goffin’s loss to Marco Cecchinato today. There are rumours going around that Goffin had been struggling with a right shoulder injury during the event. He did take a medical time out today and it would explain his up and down, patchy form throughout RG. Either way it is a huge disapointment. What a story for Cecchinato though and he did play pretty well today and deserved his four set win. He will now play Novak Djokovic who had a relatively easy time against Nando Verdasco winning 6/3 6/4 6/2. This was a much better performance than in the previous round against Bautista Agut and one that will fill him with confidence. Nole also knows Cecchinato pretty well as they have hit a lot before at academies and in Monte Carlo, according to Djoko. So he will know plenty about the Italian going in to the last 8. 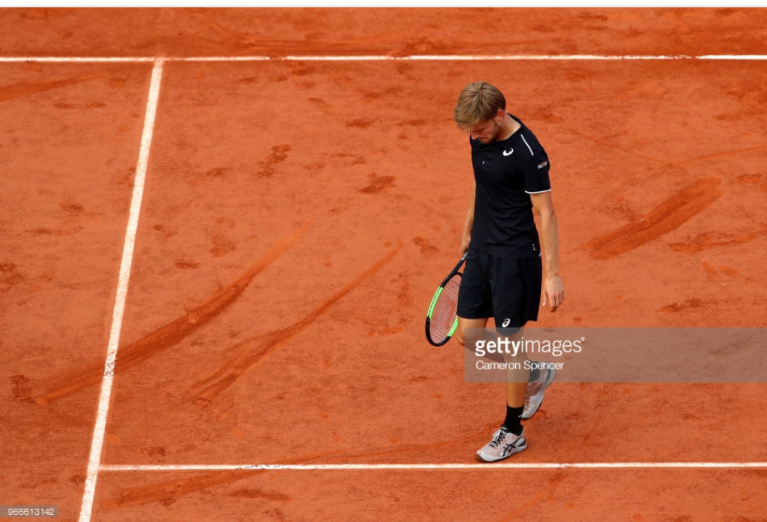 I was also pretty disappointed with Kei Nishikori’s effort against Dom Thiem. The Austrain brushed him aside in four sets. Nishikori didn’t find his game for two sets and gave himself a mountain that was impossible to climb. He said that he just couldn’t get it going and that he was possibly a bit nervous before the off. I actually find that pretty hard to believe but ofcourse it could be true. For Thiem, it is now his third time in the last 8 here. Sascha next up.

Daria Kasatkina currently leads Caro Wozniacki 7/6 3/3, this was suspended overnight due to loss of light. The Russian could possibly be out of sight in this one, but it is still very much live. She showed great variation, mixing pace with slice and taking a bit off her weight of shot. Caro has dug in to stay alive, as we have become so accustomed to see. No doubt that Daria is going to be a top player for years to come though. Let’s see if she can come out and finish the job tomorrow.

The winner of that will play Sloane after she eased her way in to the last 8, for the first time in Paris also. A steady performance from Stephens but it was a bit of a horror show from Anett Kontaveit. 6/2 6/0 sums the Estonian’s day up. Having looked good in beating Kvitova she has come up short today. She insinuated in the press conference that nerves had probably got the better of her. One of the many aspects of Stephens game that stands out is nerve. In her head she is going to like her chances in at least making the final here. Proven over course and distance let us not forget. Impressive stuff!

Mihaela Buzarnescu put in a below par performance today against Madison Keys, I was expecting more from her here. Maybe the expectation after beating Svitolina got too much for her aswell? Keys blasted her way to her first appearance in the last 8 in Paris with her trademark one – two blow. The Romanian had few answers today. She plays Yulia Putintseva next after she took out Barbora Strycova 6/4 6/3. Naturally, Putintseva was very pleased with her performance as one would expect. Strycova wasn’t so happy and said that : “I’m sad because I beat myself, she did not beat me”. Can Putintseva beat Keys?? I think the American will have to have an off day (not a total impossibility).