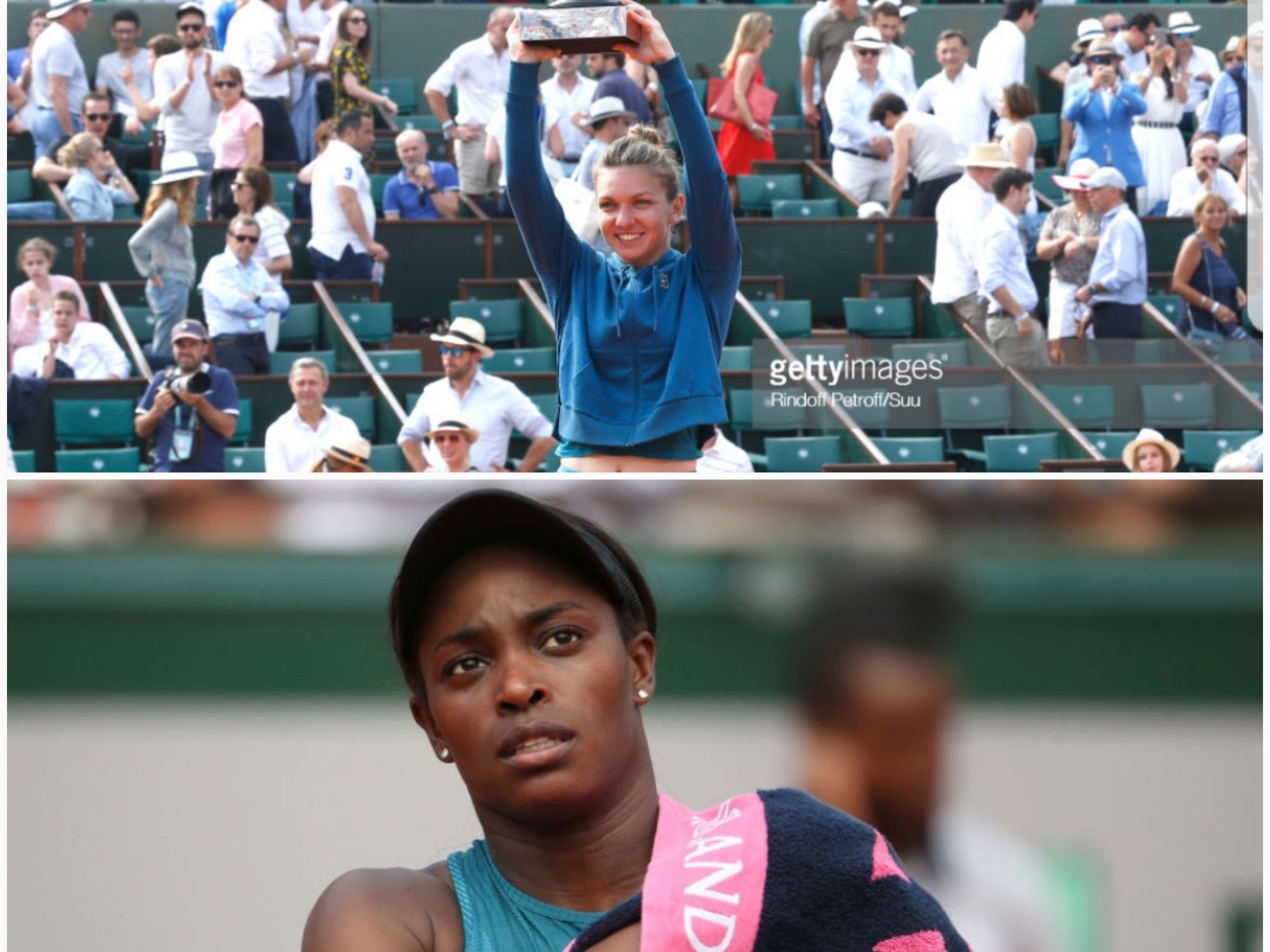 I was pretty gutted with the result yesterday, unlike the ITV commentators. Marion Bartoli and Sam Smith were noticeably buzzing! I have seen some biased commentary before but I wasn’t expecting it to be quite so blatant for this. Admittedly, it was nothing against Sloane. It was simply down to Halep not losing in another final. Even so, the cheering and shouting for Simona from the commentary box surprised me. Not what you necessarily want when your cheering on Sloane!

Stephens really came out in the zone yesterday. Everything she touched turned to gold for a set and a bit. She was absorbing all of Halep’s attacking and throwing it back with interest. The backhand down the line was finding it spot each time and the forehand was punishing anything short. The standard was incredible and had that unbelievable level continued I think its fair to say the whole of the tennis world would have stood up and taken notice. It was another level from Sloane. She led 6/3 2/0*.

Halep managed to hold at 0-2 with a bit of a help on the first point of the game. It was a very mini turning point. The Romanian adjusted her tactics. She put more air under the ball at times and went for the lines with power. In fairness, Halep didn’t panic and that proved key. She kept a clear head and kept a lid on her emotions.

Stephens looked fatigued and her level dropped. The backhand started misfiring down the line as she desperately tried to finish off points. She was never going to give up and having lost four games in a row from 2/0 she immediately broke back. It was short lived though as Halep went again at *4/4 and having held, she then broke to take the set.

Stephens tried to get things going again in the decider but it just wasn’t happening anymore. The exchanges that were initially regularly being won, were now being lost. The shots that she made with regularity, were now missing. Extended rallies were starting to get demoralising as the Romanian dug in and even looked to have the luck on her side when needed.

If Sloane stays dialled in then she will like her chances at Wimbledon. She looks to be suited to grass, though she now looks comfortable on every surface. It will be a bigger task for Halep, not that she will be that bothered right now. The main goal has been reached.