The Fed-Express returned to action in Stuttgart last week and despite looking a little rusty, managed to walk away with the title. Both Mischa Zverev and then later Kyrgios (semi-finals) took the first sets off him but once Federer found his rhythm on serve there was little to see. He also gets the added bonus of returning to the top of the rankings now. 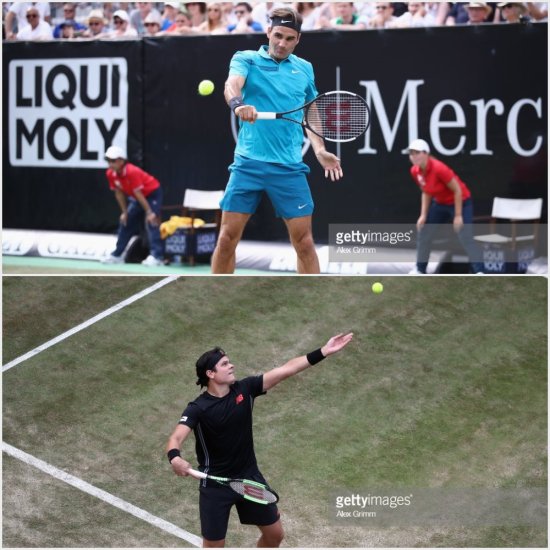 In the final, ‘The Fed-Ex’ beat Milos Raonic 6/4 7/6. The Canadian had a very encouraging week, beating third seed Tomas Berdych and second seed and defending champion, Lucas Pouille. His timely return to form has got people talking up his chances at Wimbledon. The serve is back to where it needs to be again.

Richard Gasquet won in ‘s-Hertogenbosch. The Frenchman has always had a game suited to grass and has made the transition from clay pretty well again. He beat Stefanos Tsitsipas in the quarters, though Tsitsipas did look to be struggling with a shoulder injury throughout the week. Gasquet lost his only set of the week against Bernard Tomic in the last four, before beating Jeremy Chardy in the final. 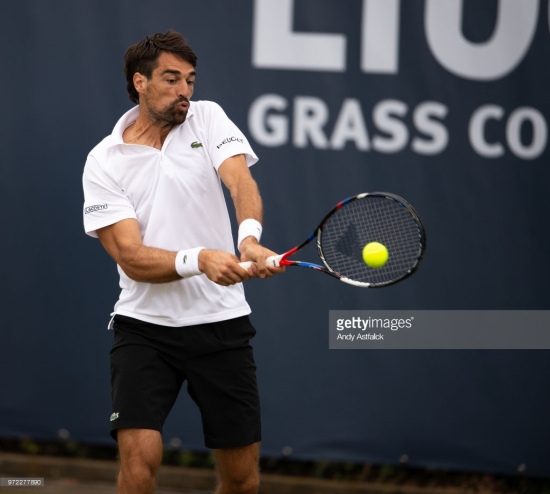 Chardy has been on a bit of a roll, having already won in Surbiton the previous week. He also took out top seed Adrian Mannarino on his way to the final. It was a good week for Bernard Tomic though. The Ozzy got through qualies before beating Robin Haase and Fernando Verdasco. Is Tomic getting his act together? Grass certainly suits him, though let’s see how the next few weeks go. It doesn’t sound like there was much fight left in the decider against Gasquet. Much better from Bernie despite this though.

Jo Konta may not have won Nottingham but there were very encouraging signs as she kick-started her season by reaching the final. There are a lot of ranking points to defend in the next few weeks and that started last week in the East Midlands. She retained her runner-up points having lost a tight final to top seed Ash Barty. She gained revenge over Donna Vekic in the last four. Vekic beat her in the final last year. Good, solid week from Jo, though she did lose it late on in the third, over a line call in the final and it cost her the match. 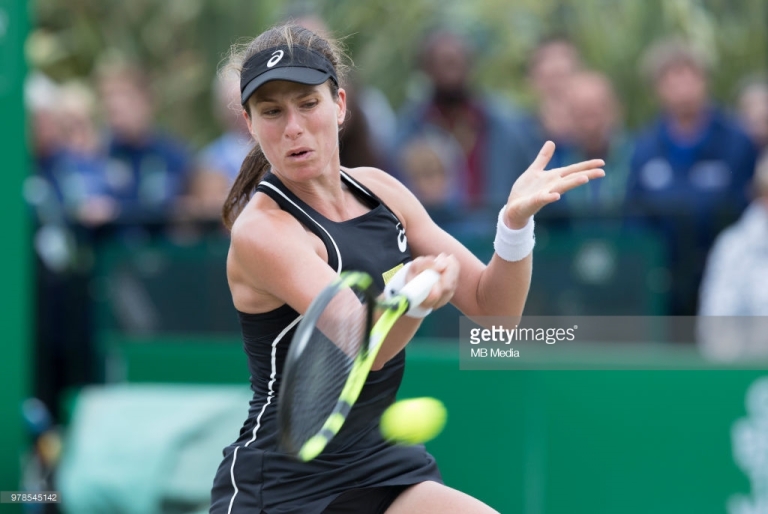 Barty has so much craft, to go with a decent serve, it makes her a genuine runner at Wimbledon. She blew Naomi Osaka away in the semi. Osaka, who should have a good grass court game long-term had been improving as the week progressed. Second seed Maggie Rybarikova, who also has a lot of points to defend in the coming weeks, surprisingly lost in the second round to Mona Barthel.

The Ladies event in ‘s-Hertogenbosch was won by Aleksandra Krunic. The Serb looked in decent form and having outlasted the top seed, Coco Vandeweghe in the semis, she beat Kirsten Flipkens in the final. It is the first title of her career. Like others mentioned here, there has been some form on grass before. The same would obviously be said about Flipkens, a former semi-finalist at Wimbledon. Flipkens had a left leg injury from the doubles on Friday and did well to beat Viktoria Kuzmova in the semis.

Before her loss, Vandeweghe had looked out of sorts for most of the week. Seemingly having a few issues throughout the event. The second seed, Elise Mertens lost to Antonia Lottner early on. As did the next highest ranked players in, Kiki Bertens and Anett Konaveit. I expected Bertens to deliver in her home event. She still has little form on grass in reality though. Losing to Flipkens in three isn’t a total disaster having said that. Kontaveit was caught cold by the surface change against Veronika Kudermetova.