That time of year is upon us again. You can smell the grass, can’t you? We even have the added bonus of hopefully having Serena, The Federer Express and Muzza all back this year.

When I was growing up this was always my favourite time of the year. I used to love it, still do! Memories of Pistol Pete Sampras, Steffi Graf, Martina Navratilova, Boris Becker, Richard Krajicek, Conchita Martinez, even Michael Chang and obviously Serena, Venus and Tim. They have all played their part in putting a huge amount of emphasis on these two weeks, for me. My first memories of Wimbledon were on TV as you would expect, you could sense the importance of the tournament, even as a 5/6-year-old then. 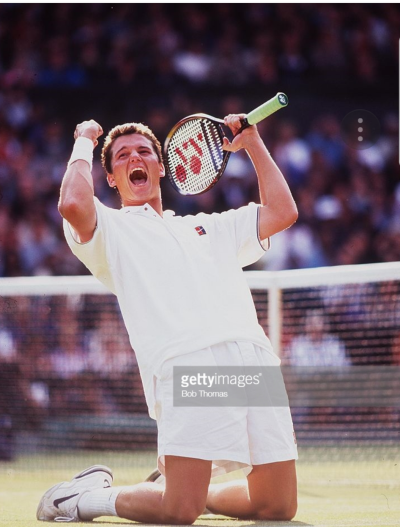 My first actual trip to Wimbledon was back in 1995 with my mum, dad, sister and brother-in-law. I was a big tennis fan as it was, even though I was only 12. I loved my debut and if there was any doubt in my mind the two loves of my life at that age were now football and tennis. These sayings get overused, by myself included, but Wimbledon really was that unique, awesome event that everyone said it was. We were in the standing area on the old court two for most of the day. I have been every year since 1995 and usually go anything from about 2-6 days of the championships, throughout that period. I am lucky enough to have been on the old court one and two and the new ones. I’ve become a journeyman!

The tournament was class. Over the first couple of years, I either got the early morning queue or did the overnight camping. The camping was undoubtedly the biggest highlight outside of the tennis. We used to camp outside the old court 13 and back in the day, you used to be able to walk into the grounds and brush your teeth and drop the boys off at the pool (as they say). Memories of BBQ’s outside our tent, takeaways, football on the streets against some Ozzy’s and plenty of chat and bants. Camping at the top of the church road, looking down on the club was a wicked view and atmosphere. It was buzzing around there during the 1998 World Cup, as was the place. Great times. 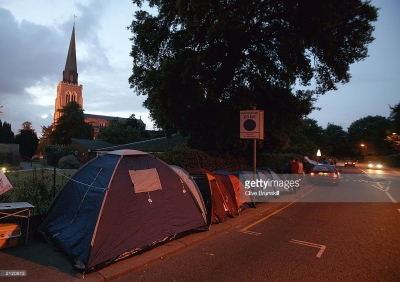 As a kid, Wimbledon/Timbledon was one of those events that inspire you into chasing your dreams. How could you not want to play on one of those Presteigne grass courts? I would love to have played just one match on an outside court but Centre was obviously the dream, on the final Sunday. The Cathedral type atmosphere inside Centre is something I was in awe of. I/we (pals), used to walked around the courts, popping in and out of Centre/One to walk around the outside courts to watch a match of interest or just randomly pick one up.

I was in my pomp there back in around 1999-2004. A lot of queuing involved around then. I loved it, I even used to sack off lads holidays to go to the tournament. Work then took over and at most three days were possible, but in truth, I was usually looking at two days max in the second week. That has changed again this year.

Over the years I have seen pretty much every player I could have wanted to see. All of my favourites, male and female. It has been both difficult and trying to do so at times but where there is a will there is away. You also get the opportunity of seeing players as juniors. If you follow your tennis there is some real value here in watching potential stars of the future. Two recent examples that spring to mind for me were Sloane Stephens and Nick Kyrgios, when they were playing juniors.

The food also deserves a mention, it has always been on point at SW19, though as you would expect, sports tourism prices. They used to have something called a Dutchee but I believe they have changed the name, it was a posh hot dog. Class. Plenty of back up in the cuisine department though. Chinese, fish and chips, strawberries and cream, blah blah. The older I have become having a few bevvies has also become a part of my day out there. Adds to the experience I suppose! I was exceptionally vocal at the Serena final in 2016. Not a cheap option onsite but you can take a small amount in. That’s better than nothing, so no qualms there. 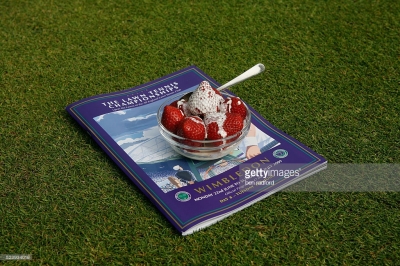 Now Wimbledon has always been proper busy, but it has gone to another level in the last 10 years and this is possibly where my arrogance kicks in. Tickets have become an absolute nightmare. So popular is it these days that non-tennis fans rock up overnight and end up getting on Centre Court or Court One. It obviously grieves me but that is life these days. Look at most Premiership football crowds. Clueless!

Is it still the same as when I first went? I don’t think so. Maybe it is because I am older, but I very much doubt that. Maybe I have actually become more arrogant, this is probably more likely than the first option. I still think there is more to it than just those two points though. Health and safety have changed a lot of aspects and there is nothing we can do about that. That side has made the queue less enjoyable, for me anyway.

However, when it is off and running, I’m not usually complaining. The atmosphere and the buzz is class. I expect nothing else as we get stuck into a tennis bonanza, as we always do at this time of year. I am also a big fan of going to the qualifiers at Roehampton these days. Well worth a trip for any tennis fan/geek. Roll on the next few weeks.