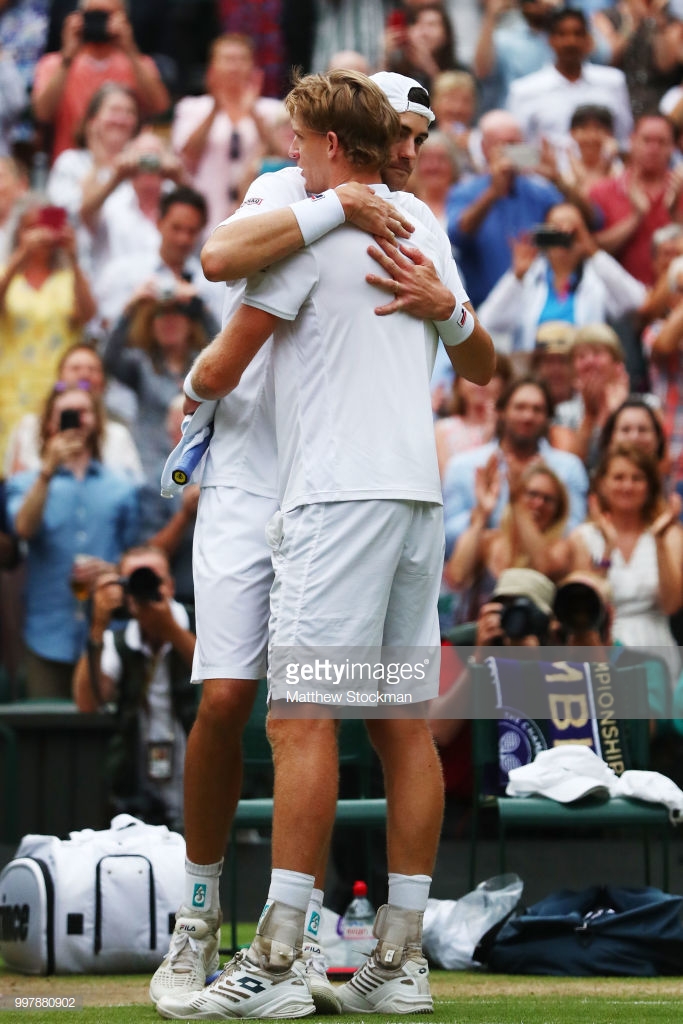 There is not much you can say about that. Big Kev Anderson and Big John Isner knocked lumps out of each other yesterday for 6 hours and 36 minutes. After both players seemed to agree on a tie-break, maybe at 12/12 in the fifth would probably be reasonable. Anderson has actually referred to it as a “draw” on several occasions after his 26/24 fifth set win. The South African had to come from two sets to one down after losing the third set which he served for and really should have won. As the two players held serve in a war of attrition in the decider it was Isner who looked to be tiring and he finally cracked in the 49th game of the set. At 0-15 on the American’s serve, Anderson slipped but managed to regroup to stay in the point with a left-handed shot and hustled the point from there. It was probably that extra bit needed to make the difference. I feel for Isner, I would have felt for Anderson had he lost but it would have been nice to see Isner in a final. It remains to be seen how much Anderson can have left in the tank, having come through his last two rounds in deciding sets 13/11 and now 26/24. Totalling nearly eleven hours for the record. Old skool grass court tennis this and some. Very enjoyable to watch but hardly fair on either player! 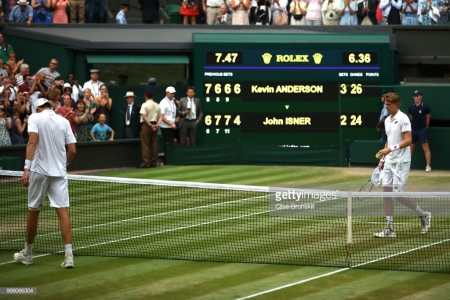 It kind of made prelude to the main event the main event itself. It must have been difficult for Nadal and Djokovic to prepare. Irrespective of big game experience there is no manual that tells you how to deal with the wait yesterday, it could have gone on for longer for all we knew. Nole went in overnight at two sets to one up and Rafa will be left ruing his missed chances in the third. It could be very costly losing a tight third set breaker 11/9, it goes without saying. You could quite easily see them sharing a set a piece today, that obviously won’t be good enough for Rafa. Has Delpo softened Rafa up a bit here? Every chance. I certainly wouldn’t have the balls to right him off though. 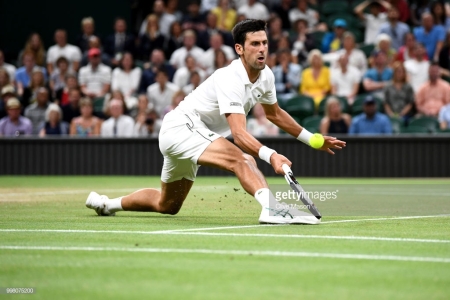 I caught a bit of Jack Draper who was involved in the Junior’s remix of Anderson v Isner. He beat Colombian Nicolas Mejia 19/17 in the third in 4 hours 24 minutes in the semis. I enjoyed the show that this lad put on yesterday, he had me cheering for him and laughing at the same time. Love the fact he was orchestrating the crowd like that at 16 years of age, he doesn’t seem to lack confidence does our Jack. I was very impressed with his lefty serve which he only dropped once. Hope he can get himself right for the final against the top seed Chun Hsin Tseng. 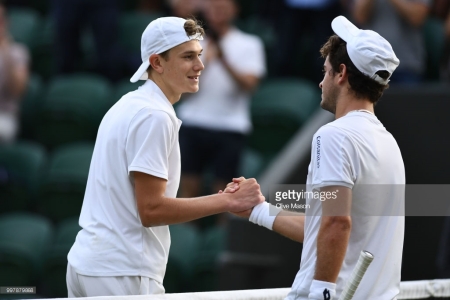 Jamie Murray and Vika Azarenka have made the Mixed Doubles final beating Jay Clarke/Harriet Dart 6/2 6/2. It is a great effort from the British pair though and onwards and upwards for both now. As it is for Murray and Vika. Azarenka will be getting some good play time out of this which is a bonus for her. 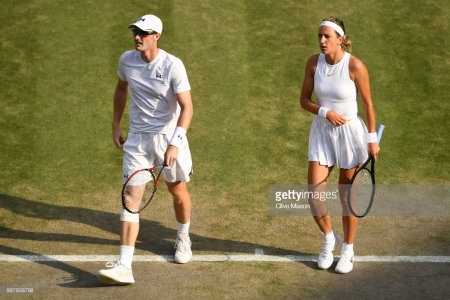