This was always going to be a huge ask for Kevin Anderson today. One that may have been possible had he not spent so much time on court in the previous few rounds. The enormity of the 26/24 fifth set win over Isner almost guaranteed he would be slow out of the blocks. That and the fact he had spent over four and a half hours in beating Roger Federer. It was hardly fair to expect too much. There cannot have been much left in the tank. There was actually more than I thought there might have been. For two sets this was as incredibly one-sided as the 6/2 6/2 suggests. The South African loosened up in the third and had several set points in game ten and game twelve, but Djokovic as he has done when I have watched made the big first serve to put him in control on each occasion. The Serb took it comfortably in the breaker.

It is a huge turn around from his loss to Marco Cecchinato at the French in June where he claimed (tongue in cheek) that he may not even play Wimbledon, so miffed was he with his performance in Paris. He has snuck under the radar at SW19 this year and claimed his fourth title on the lawns of the AELTC. He might not be the people’s champ but you cannot argue with the fact that he has utterly deserved this having taken Nadal out. He had minor blips against Kyle Edmund and Kei Nishikori on the way but that just kept him on his toes as he turned up the gas when needed. 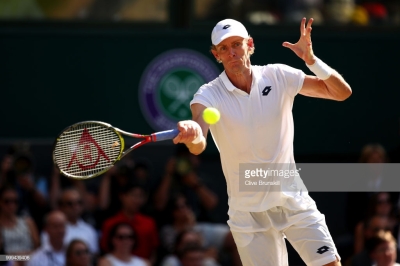 Jamie Murray and Vika Azarenka lost in the Mixed Doubles Final to Alex Peya/Nicole Melichar, 7/6 6/3. As I said a few days ago, I think this will be good for Vika in the long run. The more matches the better for her right now.

16-year-old Jack Draper sadly lost to Chun Hsin Tseng in three sets in the Boys Singles Final. I missed the first couple of sets but he apparently got outclassed in the first before taking the second on a breaker, showing a lot of fight. He had break points early on in the third to draw first blood but couldn’t convert them and a few breaks were traded thereafter. Tseng aced Draper with a brave second serve for the title in a 6/1 6/7 6/4 victory. Once again the Brit was ‘prime time’ in his celebrations and orchestrating the crowd, I look forward to seeing a lot more of this lad. Tseng also 16, has already won a couple of ITF events on the main tour, so this is a good effort from Draper. He was also the only player to take a set of the top seed, so a lot of positives for the Surrey-born geezer! 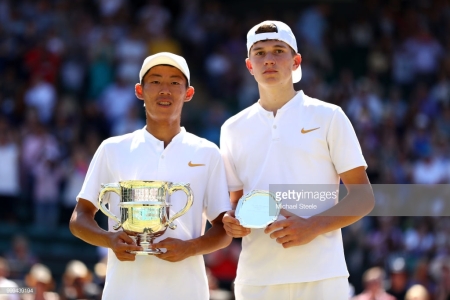 Iga Swiatek won the Girls Singles, which I failed to mention in my last blog, so gone was I about Serena’s loss. The Pole beat Leonie Kung from Switzerland 6/4 6/2, both are 17-years-old. Having taken out top seed Whitney Osuigwe in the first round in three sets she went the rest of the event cleaning up in straights.

I will be doing a Wimbledon ‘type’ review during the week, but for now, signing out from an evetful Wimbledon 2018.