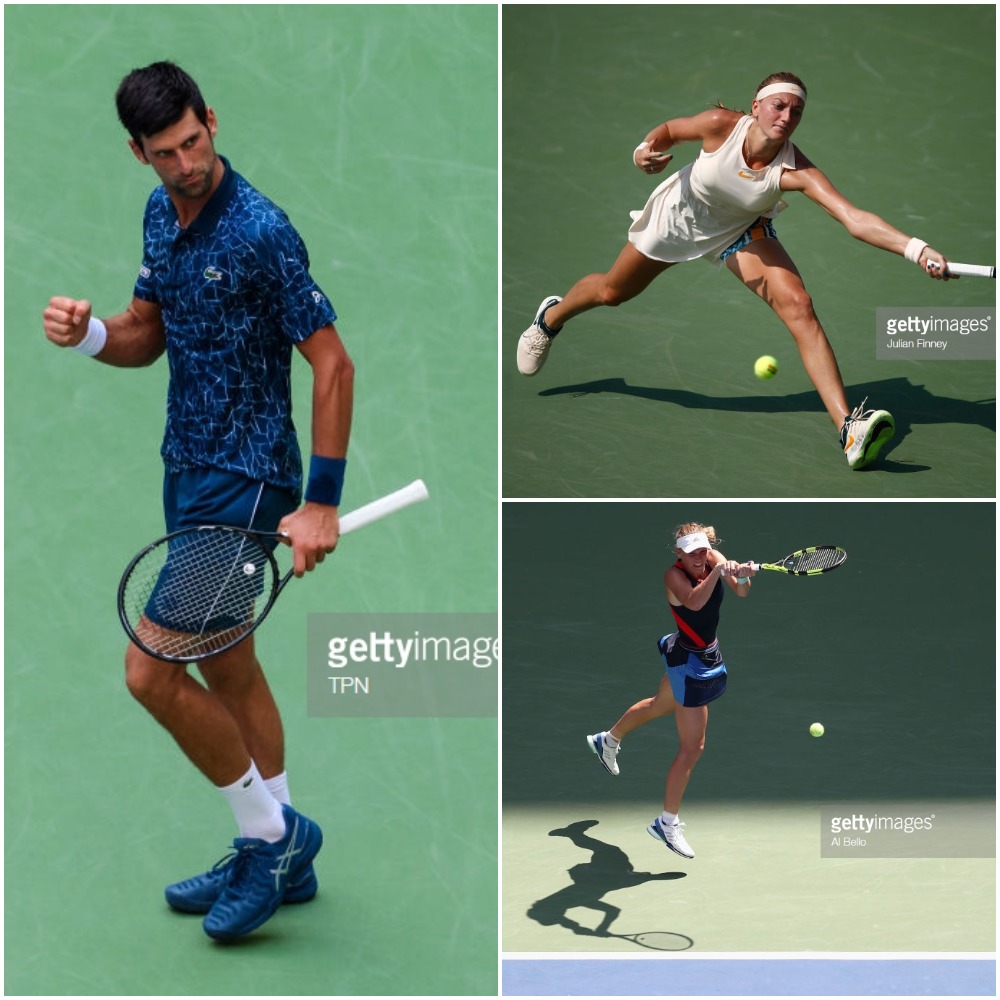 On a day when the heat and humidity caused major problems for many players, Novak Djokovic passed his first test against Marton Fucsovics. He looked in real trouble at a set a piece and 2/4 down in the third. Fucsovics was hitting some big forehand winners in fairness, but Nole physically was in all kinds of trouble. The Serb then reeled off ten straight games having been holding his knee and having stomach problems up to that point. He was class from *2/4 in the third. The movement and flexibility started to return and he treated us to some pearlers. This performance shows why at times he has been a world beater. To not play your best but to have the ability to up it in circumstances such as this is the sign of a great player.

Marin Cilic beat Marius Copil, via a retirement, Copil led 5/1 in the opening set and lost it. Goffin, Sascha Zverev, Fognini, Gasquet, Pouille and last years semi-finalist, Pablo Carreno Busta all made it through. Fognini was the only one to drop a set. Diego Schwartzman was lucky to win the second set against compatriot Federico Delbonis, saving more than a couple of set points but he ran away with it in three after that. He has a few points to defend having had that superb run to the last eight here last year.

Two of the young guns will face off in the next round when Frances Tiafoe takes on Alex De Minaur. Tiafoe looked to be heading to a very comfortable win against Adrian Mannarino before the Frenchman got involved. Good to see Tiafoe react well to losing the third from a break up, he broke early in the fourth and saw it out from there. This was Tiafoe’s first win at the Open. De Minaur simply trounced Taro Daniel.

Gael Monfils will take On Kei Nishikori in the second round after wins over Facundo Bagnis and Maximillian Marterer respectively. Apparently, Nishikori played well. Hyeon Chung was in trouble against Ricardas Berankis, before the Lithuanian kind of blew up from 4/6 2/5. He ended up being one of five retirements in the men’s. Kyrgios was apparently Kyrgios, giving the full experience in his four-set win over Radu Albot, he is one match away from having a crack at Roger now. I actually remember Albot having a decent following when I watched him there last year.  Since I mentioned Federer, he comfortably beat Yoshihito Nishioka in the opening round in the night session match on the Arthur Ashe Stadium. Hats off, I’m loving that outfit from the Fed-Express. Swag. 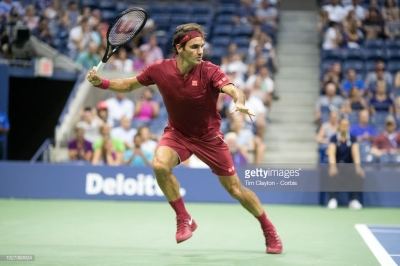 Caroline Garcia totally outgunned Jo Konta 6/2 6/2. There have been some individual performances from Garcia that have been very promising. She needs to string it together though. It was a rough draw for Jo but that is where her ranking is at. Garcia will try and gain revenge for her defeat last week in New Haven to Monica Puig, she double bageled Stef Voegele. 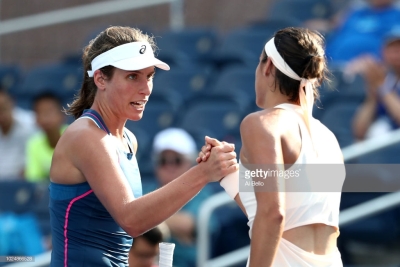 Jelena Ostapenko and Daria Kastakina both won in three sets. Ostapenko should have got it done in two against Andrea Petkovic and eventually struggled over the line 7/5 in the decider. Kasatkina struggled against Timea Babos but the Hungarian, not known for her mental strength, couldn’t get the job done at the business end of sets one and three. Anett Kontaveit also tightened up with the finishing line insight against Katerina Siniakova. She lost after being two points away at 5/3 in the third. Coco Vandeweghe has been struggling with injuries coming in to the Open and it doesn’t sound like she looked fit in her loss to Kirsten Flipkens.

Petra Kvitova and Aryna Sabalenka are one match away from a heavyweight contest. Petra got it done in two 6/1 6/4, coming from 4/1 down in the second against Yanina Wickmayer. Sabakenka must be on her last legs though after edging out Danielle Collins in a topsy-turvy encounter. The Belarussian came from a break down in the decider to win 6/0 4/6 6/4.

Caroline Wozniacki beat Sam Stosur 6/3 6/2, this wasn’t the Aussies best effort. We still don’t really know where Woz is at from a fitness perspective. Lesia Tsurenko should be a good test next. Kiki Bertens got off to a comfortable start with a win over Kristyna Pliskova. This was a nice match to get her into the event and she played pretty well by all account, serving solidly and moving well.

Madison Keys, Angie Kerber, Naomi Osaka and Maria Sharapova were all straight set winners. The latter was pretty lucky to do so against Patty Schnyder, who fought back in the second but lost a close breaker. Now, Patty Schnyder, that’s a blast from the past. 39 years-old now is Patty, she got through qualies in NYC.