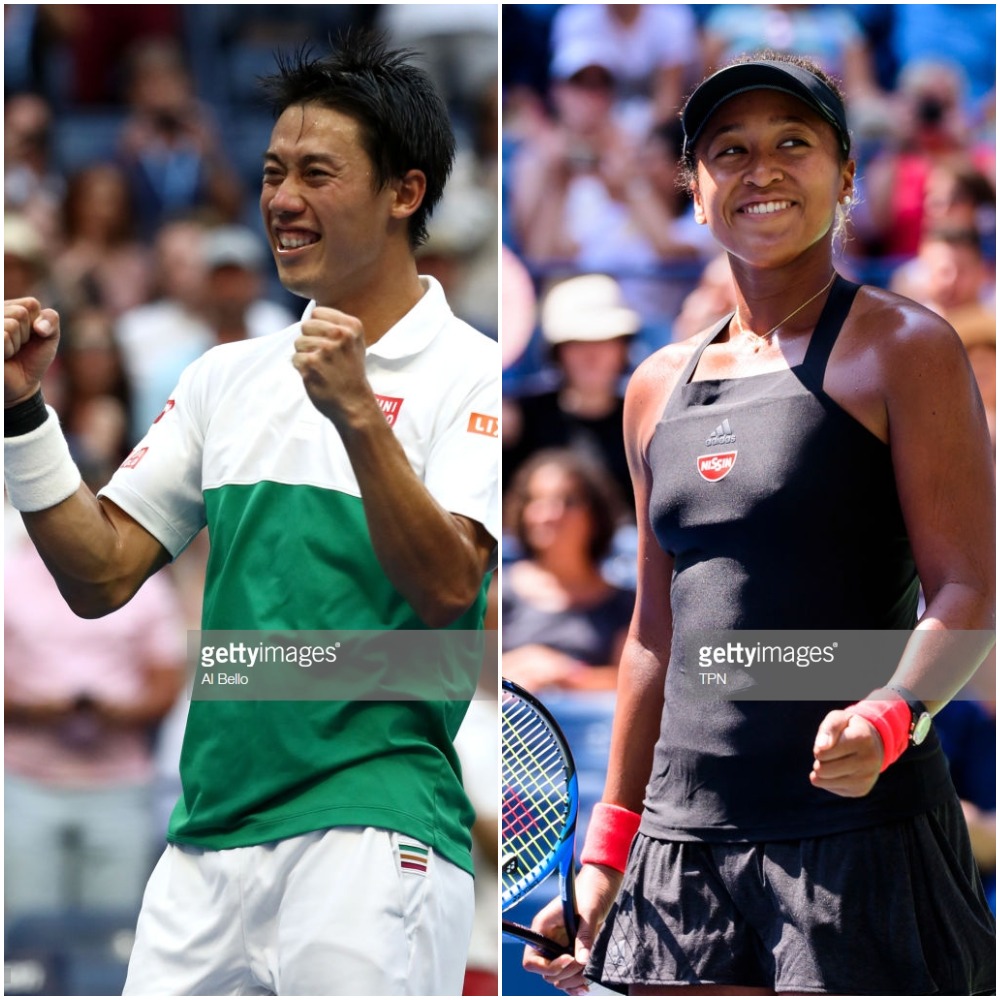 Well, it would appear that Lesia Tsurenko was telling the truth after her last round and Marketa Vondousova was wrong. Tsurenko also said that aside from injury she had woken up with a viral illness. Naomi Osaka gave her a 6/1 6/1 thrashing to move into her first Grand Slam semi-final. Osaka was quoted as saying “I really don’t think it’s that hot, sorry. I’m used to Florida heat. I like sweating”. So not everyone is complaining about the heat and humidity then! Only Aryna Sabalenka has given her a game so far in the Open, it has been incredibly routine apart from that. Laura Siegemund did well all in all with her 6/3 6/2 loss, Aliaksandra Sasnovich was double bageled and Julia Glushko was beaten 6/2 6/0.

Her next opponent will be Madison Keys who beat Carla Suarez Navarro, 6/4 6/3. The players had to put up with a talkative Ashe crowd, noticeably more than normal. Even I wondered what the constant ‘buzz’ in the background was. It seemed to effect Suarez Navarro more as she actually had a word with the umpire about it. A single break of serve in the first was enough as Keys went all match unbroken. I wouldn’t say it was a classic this one, it could have been a very decent heat but as I said it would appear the crowd didn’t help with what we call a bit of idle chit-chat.

I was right not to fancy Marin Cilic for his quarter. There is generally a match of this nature during a slam for Cilic and it nearly came earlier on against Alex De Minaur. The warning signs were there. This one he actually led 6/2 4/2 and looked in total control. I actually read somewhere that the way he blew up here was the same as against Pella at Wimbledon and that is probably a fair analysis. I sound harsh in my criticism of the 2014 US Open Champion and a player that was runner-up at SW19 last year and this years Aussie Open, but like many, I feel he is underachieving when it comes down to it. Nishikori kept it as solid and compact as he needed to and he got enough errors off the Cilic racket in the end. Nishikori had lost his initial break lead in the decider before breaking serve for the match at 4/5. This is the 1st time in the Open Era that a Japanese man and woman are in the SF of a Grand Slam. So well done to Kei and Naomi.

For the record, I do remember the previous time that there was a Japenese male and female player in the last 8 of a Slam. The TV and papers have been on about this for the last few days. Kimiko Date and Shuzo Matsuoka at Wimbledon in 1995. Matsuoka lost to Sampras in four that day as Date lost in straights to the late, great Jana Novotna. I was actually speaking to my pal just before New York about Date/Date-Krumm as she became known. She is divorced now for the record. One of the many fascinating things about her was that she was a left-handed player who had to change to right-handed as it was deemed unacceptable in her homeland.

Novak Djokovic won the last match of the evening session, putting an end to John Millman’s run. The 6/3 6/4 6/4 scoreline was anything but as easy as it looks. Once again the Aussie turned this into a physical encounter, as he did against Federer and we saw Nole struggling again in the conditions. It is pretty impressive how he finds his way through these and even more impressive that he gets the job done in straights. There were some long exchanges and Millman wasn’t always on the receiving end of them. His attitude and commitment deserve a lot of credit and he has won a lot of admirers in NYC with it. However, it is Nole who will now face Nishikori in Friday’s semi.