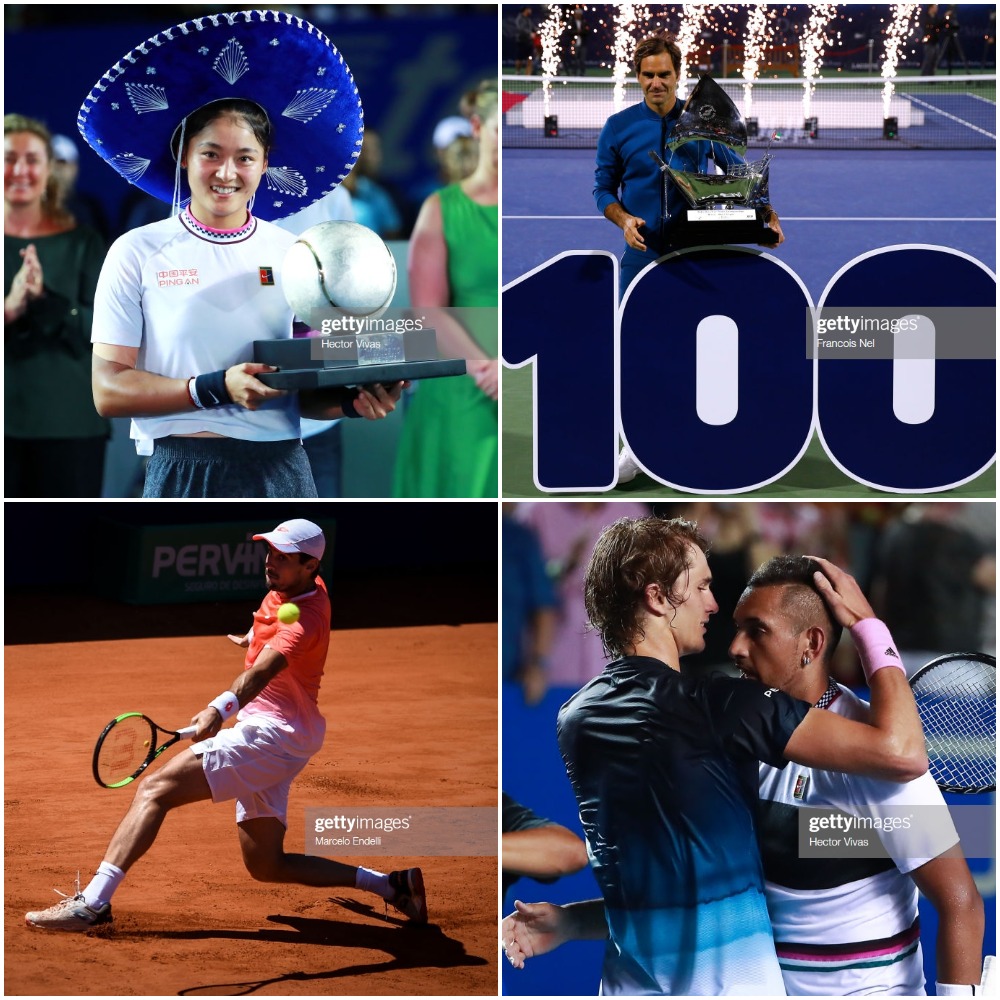 So, Roger Federer has reached the 100 Singles title mark with his win in Dubai. You don’t always see me shower the Fed-Ex with praise. My attitude can be ‘he virtually has the whole world on his side, he doesn’t need me going over the top’.  This takes him within nine of the men’s record held by Jimmy Connors and it is obviously a fantastic achievement. He struggled in the earlier rounds against Kohlschreiber and Verdasco, dropping sets but stepping it up in the deciders. After scrapping past Marton Fucsovics in two he really upped his game against a tired Borna Coric and Stefanos Tsitsipas in the final. Coric had been getting through in final set breakers all week and Stefanos was coming off the back of Marseille the previous week. Federer took them both apart and he doesn’t have fantastic records against either. Gael Monfils had given Tsitsipas a right match in the semis, going down in a final set breaker. Another encouraging week for the Frenchman though and it’s great to see (he beat Cilic in the first round). Top seed Kei Nishikori lost in the second round to Hubert Hurkacz in an early shock. Let’s be honest, this was all about The Federer Express and rightly so. Congrats Roger.

Nick was superb in Acapulco. Defeating Seppi, Nadal, Wawrinka, Isner and then Sascha in the final. Rafa did have a little pop after saying “He lacks respect for the public, the rival and himself”. Nick did serve underarm and as all week had a lot of ‘banter’ with the crowd. It just looked a bit salty from Rafa, which is unusual but it shows Kyrgios must have got to him. Having three match points won’t have helped. Nick served out of his nut from the first match and after all the brutal heats that included two final set breakers and a 7/5 against Stan in the third, he just went for it. Instinctive tennis from the Aussie. Chucking in some drop shots with his raw power. He did have a bit of pop back at Rafa by saying about how the Spaniard dictates the speed of a game whether serving or receiving. Both have fair points at times when looked at and I like the pair of them!

Guido Pella won his first title. It has been well overdue this and I am very pleased for the Argentine, who should have got it done against Londero in the final in Cordoba recently. He didn’t have to wait too long though and he showed his class in this field by defeating Carballes Baena, Trungelliti, Djere and then Christian Garin in the final of Sao Paulo. Garin won the French Open Juniors 6 years ago, so we know he has it, he beat Sascha in Paris. At 22, he says he has found the love again. 20 Year-Old Casper Ruud posted another good effort, making the semis here before losing to Garin. Good efforts from Laslo Djere and Felix Auger-Aliassime after their previous weeks final. FAA beat Pablo Cuevas before losing to Djere again, this time in the last eight. The 18-year-old looks to have all the tools at his disposal and I am looking forward to seeing more of him.

Yafan Wang won the ladies event in Acapulco. Top seed Sloane Stephens wasn’t at her best in her second-round loss to Beatriz Haddad Maia but she didn’t seem too bothered, onwards and upwards was the attitude. Wang took the Brazilian out in the very next round though and then added Donna Vekic and Sofia Kenin to her list to bag the title. Coming from a set down in the last two rounds. Vekic must have fancied her chances having beaten Jo Konta in the quarters. Kenin had put Victoria Azarenka’s run to an end after Vika had looked in awesome form in hammering both second seed Danielle Collins and then Tatjana Maria. Kenin then ousted the talented Bianca Andreescu in the semis but somewhat blew up against Wang, who patiently stuck at the task and kept on chipping away to victory.

Indian Wells held the Oracle Challenger Series event, that had Kyle Edmund as top seed. It was sensible for the Brit to play here after returning from a knee injury, it paid off. It was another good week for Dan Evans who made the semis, up to 100 in the latest rankings. He was looking tired at times last week but played some sublime stuff once again. Andrey Rublev took him out in the last four. The Russian is definitely returning to some form. Edmund was too good in the final though.

Qiang Wang was the top seed in the ladies in Cali but she lost to eventual champion Viktorija Golubic in the semis. Golubic beat the big-hitting American Jennifer Brady in the final. The pair made the final without dropping a set and Brady had taken the scalps of four Americans (Volynet, Brengle, Riske, Gibbs) and then Zarina Diyas. Golubic really impressed me in 2016 but it has dropped off since then. Is this the catalyst? 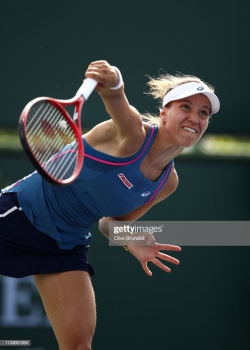