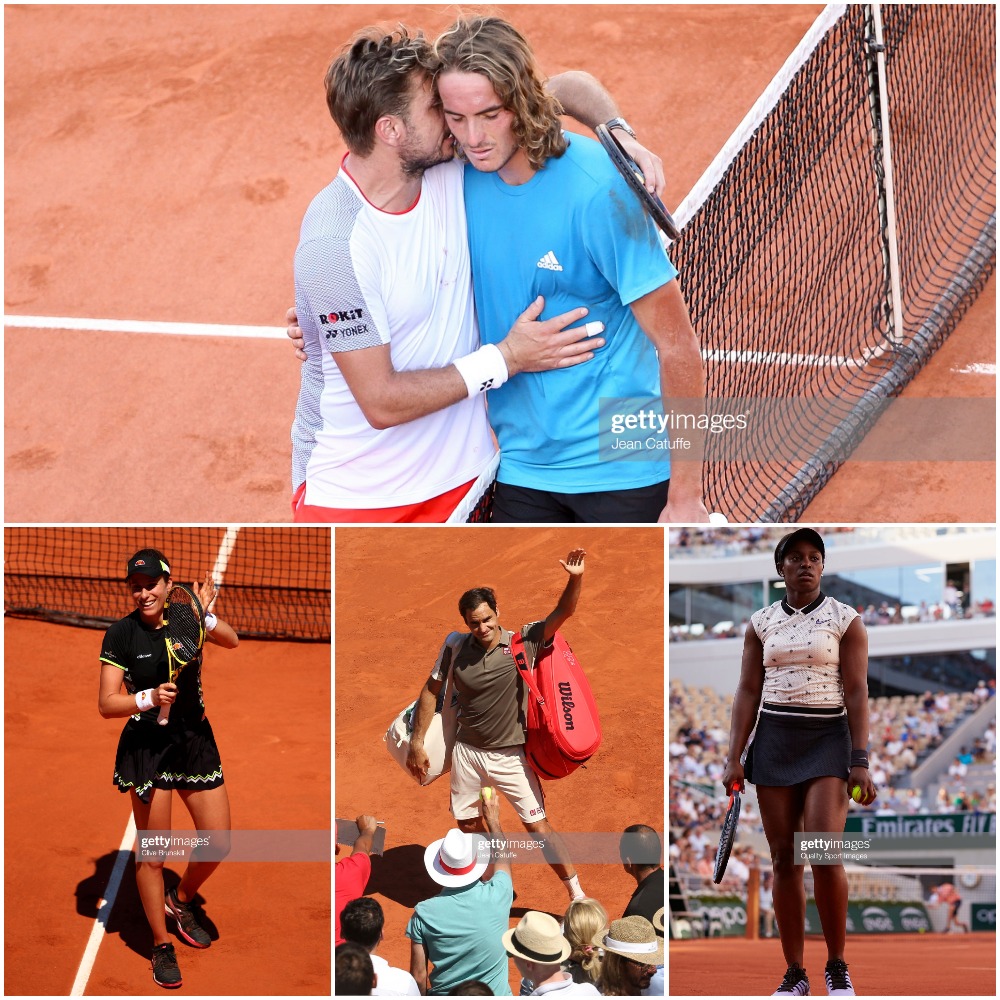 That was a proper match. Stefanos and Stan traded blows for over five hours on the Suzanne Lenglen, it was of exceptionally high quality. Tsitipas should probably have won this. Stan serving first in the final set was massive. He saved all eight break points, whereas Stan capitalised on his second, the first being immediately before. This was at 7/6. It was just that little bit of experience when it comes down to it. What a match though. It was great to see both players laugh with the crowd at one point and show great respect at the end for one another. Stan is playing some incredibly high-level stuff when behind and is serving superbly. How much will he have left in the tank now for Federer? Poor old Stefanos was gutted and he said “Worse thing in tennis. It’s the worst feeling ever. Especially when you lose. You don’t want to be in my place … I feel exhausted. I don’t know. Never experienced something like this in my life. I feel very disappointed at the end. Long time since I cried after a match, so emotionally wasn’t easy to handle. I will try to learn from it as much as I can.” For me, this shows what a top player he will be. It means so much to him. 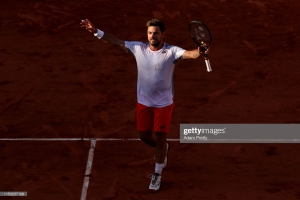 Federer cruised past an injured Leo Mayer in straights sets. This never really got going as a contest. I love Mayer’s quote when talking about today’s match, “If we play 20 sets I would not win a single one and I would not break him once, he’s very far from my level.” Honestly there! It was bad enough anyway for him but the injury gave him even fewer options. Federer must be secretly loving the fact that Stan and Stefanos slugged it out like that today. It is a potential game changer.

Rafa was back to a straight sets wins today. Juan Ignacio Londero really went for it and never game up but the class difference was there for all to see. The Spaniard will play the winner of Nishikori and Paire, which Nishikori leads by two sets to one at the end of today’s play. He probably won’t be bothered either way but I don’t suppose he would mind Paire coming out there and taking the fourth tomorrow. Then let them slug out a five-setter.

It was quite clearly a lot more like it from Sloane today. It will be nice to get the memory of the Polona Hercog match and put it to one side. She was aggressive and played an intelligent match against Muguruza. The forehand was coming up very big at times and the passing shot and lobs were on song. This was a lot more encouraging from Sloane as she got under Muguruza’s skin and the Spaniard looked lost and started spraying some wild errors. There were some nerves in serving it out but she still got the job done 6/4 6/3. 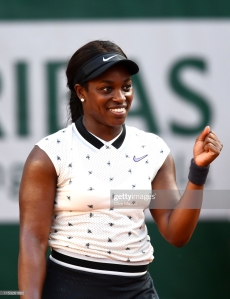 She will face Jo Konta in the quarters. They played in Rome a few weeks ago with the Brit winning in three. Today, Konta took Donna Vekic to the cleaners, looking pretty good again. Vekic didn’t perform to her level but as I always say, you can only beat what is put in front of you. She did this comfortably, especially when you think she was only a slight favourite going into this. She will go into the quarters against Sloane as a slight underdog. I would have thought purely based on Sloane’s big match experience and gameplay.

Petra Martic has made her first quarter-final at a slam. She has backed up all her previous wins, coming from a set down against Kaia Kanepi today. The Croat admitted that the fact she has never been past the fourth round at a slam was playing on her mind and she was nervous. Understandable, she had lost all four previous to this at the slams. 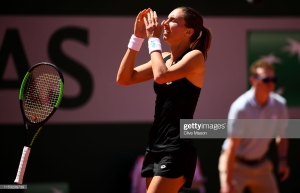 Marketa Vondrousova has also made her first quarter-final, this has come as no surprise really. Anastasija Sevastova was running on empty fumes and Vondrousova ran rings around her. Still yet to drop a set so far and 6/0 6/2 was as comprehensive here as it looks. This result means we are guaranteed at least one first time semi-finalist.

It would seem Dominic Thiem has had a pop at Serena about taking his interview room off him mid-interview. All seems a bit strange. Surely it can’t be as simple as that?

On to day nine.