The top four seeds all received byes in Stuttgart and then promptly lost their second-round matches. Sascha Zverev was caught cold by Dustin Brown, Karen Khachanov was certainly caught cold by Matteo Berrettini, Daniil Medvedev lost his fifth match in a row, going down to Lucas Pouille and Nikoloz Basilashvili lost to Marton Fucsovics. I actually had a small bet on Matteo Berrettini at 50’s this week, so was delighted that he ousted the entire field without dropping his serve all tournament. Quite something when you think he beat Kyrgios, Khachanov, Kudla, Struff and Auger-Aliassime. It has been a magnificent start to the year for the Italian who has reached three finals, winning two of them, he is now up to 22 in the world. FAA made the final (also his third of the year) on a surface he says is his favourite, he was probably a bit lucky that Raonic gave him a walkover in the semis with a back problem. Milos had looked off the pace earlier in the week, but even then he proved how key his serve was on the surface as he still beat Tsonga. I have to mention how well Jan-Lennard Struff played here but I read that his last four loss to Berrettini made him 0-7 in main tour semi-finals. 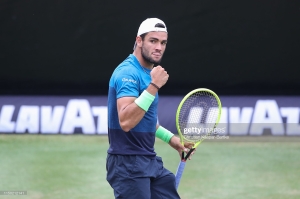 Stefanos Tsitsipas went the same way as the top seeds in Stuttgart, as he didn’t look comfortable on his first grass court outing of the season in s-Hertogenbosch. He went out straight away to Nicolas Jarry. It has been a looooong clay court swing for Stefanos. May he struggle on the grass as a result?? It was Adrian Mannarino that claimed his first tour title, unbelievable to think that he was 0-6 in finals going into this. The Frenchman has done a fair bit of damage on the grass before and he took out Verdasco (4th seed), Goffin (5th) and Coric (2nd) here. In the final, he beat Jordan Thompson, who had served pretty well all week and especially against Gasquet in the semis. It doesn’t always follow in a final though and that was the case here. Fair play, my mate backed Mannarino here at 20’s, I didn’t. 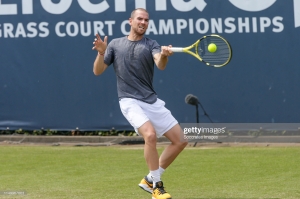 Dan Evans has won back-to-back Challenger titles as he lifted the trophy in Nottingham. Great effort again and doing well to adjust to the conditions and change of surfaces throughout the week, due to the awful weather. Up to Number 63 now, keep going lad. 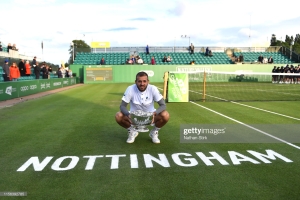 With both Ash Barty and Jo Konta unsurprisingly pulling out of Nottingham, it was left to the top two seeds to show their class. Caroline Garcia beat Donna Vekic in the final. As I have mentioned, this was a tricky week for everyone playing in Notts as the surface was changing, but these two showed they just had that bit more. Vekic even had to change surfaces mid-match against Tatjana Maria in the semis. The Croat losing the final actually cost me a few quid, as I had the winner in Holland with Berrettini and it was one of my treble perms, but I can’t complain too much. Garcia can get on a roll where she looks beatable but wins a lot of matches still, that has started here, it remains to be seen whether it will continue. Jennifer Brady (also in my perms) had a good week, making the semis but ultimately Garcia was too good this time around. She did beat both Zhang and then Sakkari on her way to the last four. 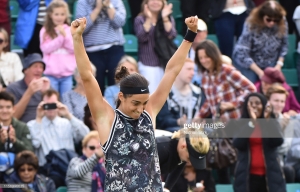 Alison Riske continued her fine form after winning in Surbiton by doing the same in Rosmalen. She survived a few scares on the way, against Muchova in her opener, then Kudermetova and Bertens in the semi and final. In fairness, Bertens was leading the final 6/1 1/0 when she slipped and injured her left hip, but she had five match points after this. What a gutsy effort from the American though. Aryna Sabelenka was ousted by Destanee Aiava in her opener. The Aussie WildCard didn’t back it up against Kudermetova though, who would have reached the final if it wasn’t for her ‘choke’ against Riske. Elena Rybakina got through qualies and didn’t drop a set until the semis. Bertens ended her run, but in truth, the top seed was not at her best all week. 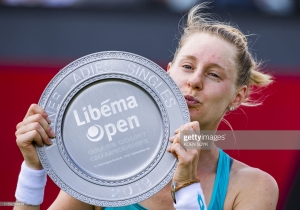 It is another day or two closer to Wimbledon and there is more decent stuff this week. A possible trip to Edgbaston is on the cards. Crazy when Queens is closer? Maybe but I prefer it.