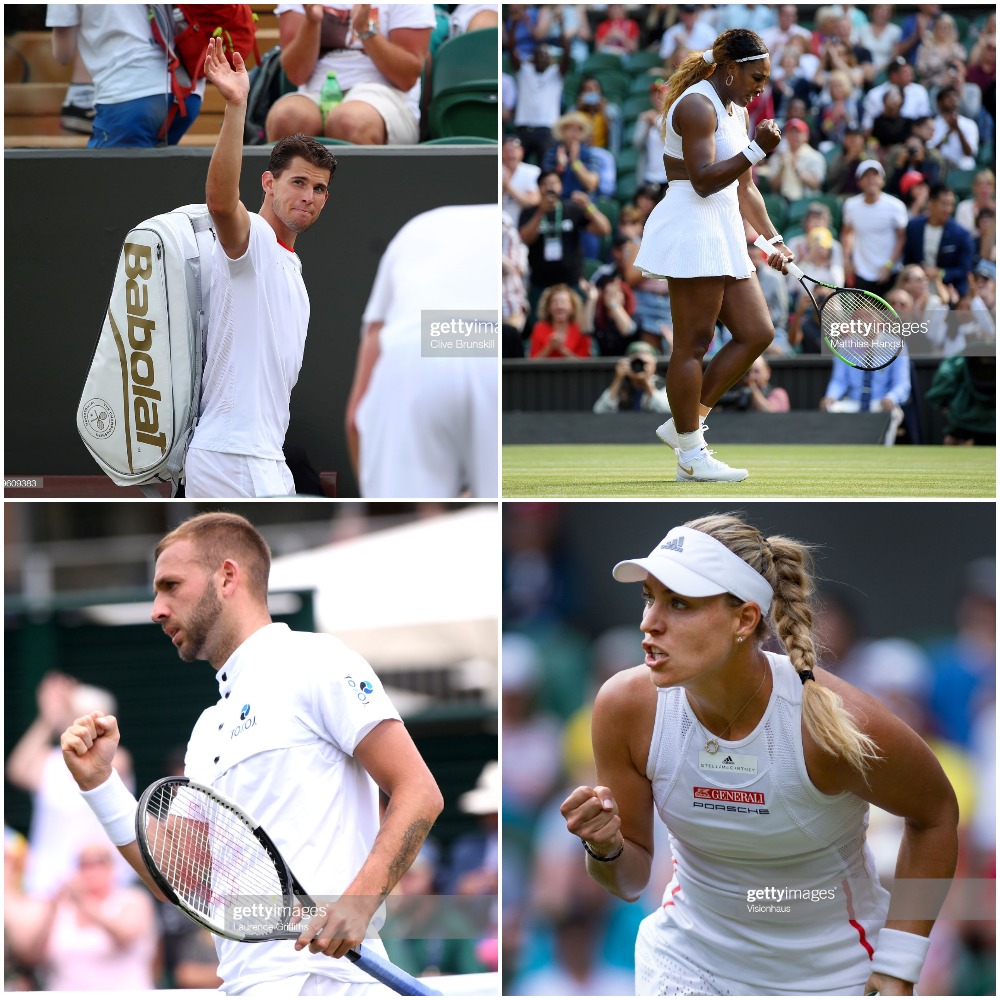 It was a mixed day for the Brits. Dan Evans got the job done in straights against Federico Delbonis. It wasn’t Evo at his best but his grass court supremacy over his opponent was clear. You want to get better with each match, so there are no problems there. There is little point playing lights out tennis in the first round to throw in a duff effort in the next. It is all about getting through as safely as possible and Evo did that. James Ward blew a two set and a break lead against Nikoloz Basilashvili (who will play Evo next). It is true the Georgian hit a hot spell when all but beat but that’s not going to help Ward, though he is positive about his chances on the US swing. Jay Clarke has won his first match at a slam in singles, he came from a set down to beat Noah Rubin. It looked a winnable match and so it proved. I have always raved about Jay and am really pleased to see this and what a treat for him personally to play Federer next. I really hope he gives a good account of himself, it won’t be for lack of trying either way. Cameron Norrie won his first match at Wimbledon beating Denis Istomin. Nozza will play Kei Nishikori next after he beat Thiago Monteiro. Finally, Paul Jubb lost to Joao Sousa in four. I was surprised how up for this Sousa was, it was a very positive and professional performance. Jubb did up his level in the third to take it on a breaker but Sousa was pretty relentless today. Certainly some positive signs for Jubb. 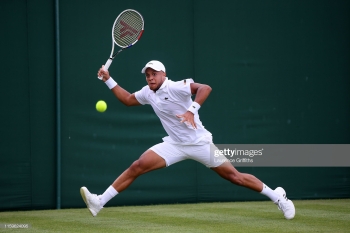 Federer actually got off to a very slow start today against Lloyd Harris and I found myself triple glancing at the screen to clarify that he had actually lost the opener. It didn’t last long though and the fact the South African wasn’t 100% physically fit did not help. Dominic Thiem was the biggest casualty of the day after losing to grass court operator Sam Querrey. It sounds like Thiem’s head dropped pretty quickly and he interestingly said after how he was tired again from the clay. There really does need to be a bigger gap between the French and Wimbledon. Denis Shapovalov was the other seed to go out in the men’s. No wins on the grass this year for the Canadian, losing to Ricardas Berankis on the surface isn’t great for the CV either.

We have got the Rafa v Nick match that we craved for. Let the fireworks commence, what a match this could be. Amazing! Nick had to motivate himself in a standardly bizarre five-set win over Jordan Thompson and Rafa nearly gave Yuichi Sugita a double break lead before powering away to win in a very comfortable three. In the same section and possible third-round opponent, Bernie Tomic put up a lousy effort in losing 6/2 6/1 6/4 to Jo-Wilfred Tsonga in just under an hour. Unbelievable really. 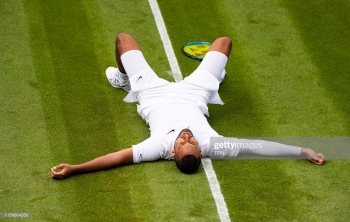 I didn’t do too bad on my quarter’s bets, as well as Evans there were wins for Simon, Schwartzman and Fritz but Garin lost to Andrey Rublev. Fritz may have ended Tomas Berdych’s career, Berdych will decide if that was his last match in the coming weeks.

Elsewhere, John Isner played his first match in four months and beat Casper Ruud in three. There were also wins for Marin Cilic, over the tricky Adrian Mannarino and Matteo Berretinni beat Aljaz Bedene in four after looking a bit shaky early doors. 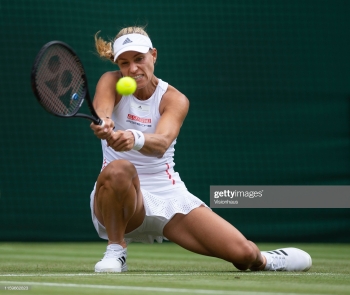 Angie Kerber admitted to being a little nervous as defending champion but this was a nice little test passed against fellow German, Tatjana Maria. Maria is another awkward customer who mixes her game up a lot and as defending champion, I am guessing you want to get in and out of Centre as quickly as possible in that opening match. This was a nice work out for Angie. She won’t have to play Maria Sharapova in the third round as she pulled out at 5/0 down in the decider against Pauline Parmentier. Serena beat Giulia Gatto-Monticone but it will have to get much, much better from Rena. Was this first round nerves? I hope so. We will find out soon enough, if not against Kaja Juvan on Thursday we certainly will against Julia Goerges on Saturday. Personally, I think she will be a bit edgy right now, she needs matches. With the announcement that she is playing mixed doubles with Muzza (I’m buzzing) she can hopefully relax a bit now.

Garbine Muguruza continues to disappoint, she lost to Beatriz Haddad Maia. Nerves were apparent here by all account as she got broke serving to stay in both sets. Not looking good for the Spaniard. It is great news for Harriet Dart though, as she now plays the Brazilain after grinding it out against Christina McHale.

Jo Konta and Sloane Stephens are one match away from a third-round meeting. Stephens played pretty well against Timea Bacsinszky and got this done quickly today. Konta won a tight first set before easing past Ana Bogdan, she served well the Brit. 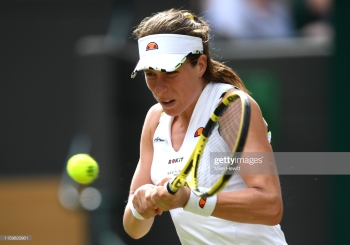 Ash Barty strolled into round two as the top seed. Nothing seems to be phasing her at the moment and she is taking everything in her stride when others are currently faltering. Donna Vekic is now out of this section as she lost, what was a horrible first round match against Alison Riske. What did I tell you, the Surbiton champion usually causes a bit of a stir.

Ons Jabeur didn’t seem fit against Petra Kvitova, which was a shame as this could have been a screamer of a match. She probably hasn’t got rid of the injury from Eastbourne. That was one of my quarter bets down but Kiki Bertens and Barbora Strycova both won. Bertens was a late addition to the Centre Court order of play against Mandy Minella after Rean finished. 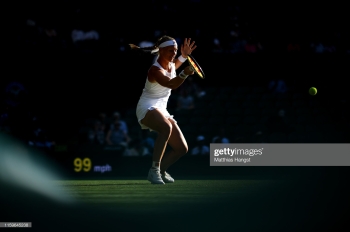