Nick losing to Andrey Rublev once again shows that the Russian is a bit of a baller. This win should be taken very seriously and he really is back to some form. Nick has been no pushover in NYC and has looked more than game. Yes, things will be said about Nick’s remarks about ‘Call of Duty’ and ‘I don’t even want to be here’ etc but he didn’t drop his hands. I really think Rublev will win this quarter now and unless I can find a good reason not to I will be backing him with a firm tonight. I am sure he has the beating of Berrettini and then probably Monfils. Monfils was the winner of a classically topsy turvy match against Denis Shapovalov. Pablo Andujar is also in there and I am pleased that he has flanked the form and it makes Kyle Edmund’s effort not look so bad. It just shows he is lacking that bit of confidence at the moment, otherwise he would be here instead. 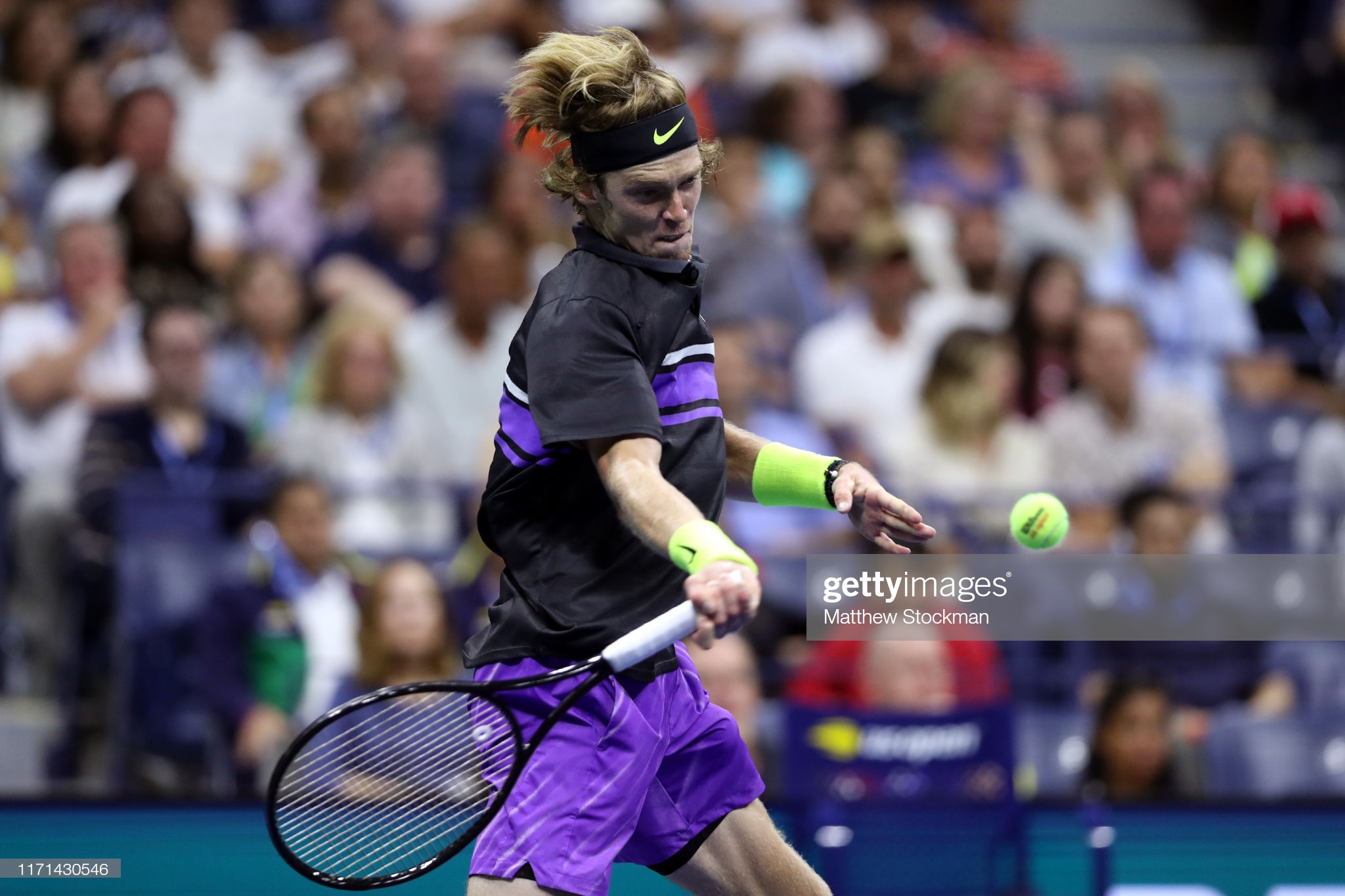 Rafa continues on his stroll through this half of the draw. Hyeon Chung would normally be a very tricky opponent for anyone but he is just starting to find his form after being in and out with injuries. He wasn’t ready to give Nadal that big test and the Spaniard cruised through. I do expect Rafa to take care of Marin Cilic pretty comfortably next. The Croat’s good record against John Isner continued with his four-set win. Diego Schwartzman loves it in New York, another player yet to drop a set and I think he will beat Sascha Zverev next. Zverev made hard work of Bedene and Schwartzman battered Tennys Sandgren.

Naomi Osaka and Coco Gauff was built as the future of Ladies tennis and let’s be honest, that is what most of us think. It was still decent to see the genuine friendship and there is a lot of respect for each other. It may not have been the contest everyone had hoped for but Coco acknowledged that she now knows where the level is now. It is a cast-iron certainty that she will learn from it. Osaka says that this is the most focused she has been since the Aussie Open. She knew she had to be against Coco that is for sure.

Julia Goerges came up with some pretty impressive stats in beating Kiki Bertens. Winning 74% behind her first serve and 59% behind her second. Much of the same will be needed to get past Donna Vekic, where you fancy serve will surely be a huge factor. Bianca Andreescu beating Caroline Wozniacki in straight sets was a nice little statement of intent. Woz may not be at her best right now but to get the job done in two is still very tidy. She will play Taylor Townsend next after the American put on another serve and volley display to take out Sorana Cirstea. I said it before but it’s great to see from Taylor. Belinda Bencic got a walkover against Anett Kontaveit who has a virus and reports suggest Elise Mertens is playing pretty well. She is yet to drop a set but neither is her next opponent, Kristie Ahn who I witnessed beating Svetlana Kuznetsova in the first round. The Belgian is a very consistent performer though and especially in the slams. Onto day 7.