It did look like Roger Federer was going to have a little bit of a struggle on his hands today….once again. Martin Fucsovics came out firing and getting a good read on the Federer serve and fully deserved to take the first set. The Hungarian couldn’t continue that though and paid the price as Federer changed his game up with plenty of variety. Fucsovics said that he struggled with the change of conditions during the match, something Federer has had experience in. You can’t help but think the Fed-Express isn’t going to be troubling Djokovic, assuming they both get to the last four on what we have seen in Melbourne. Federer will first have to beat Tennys Sandgren, who has once again made the last 8 here. It pains me to say it but it’s a good effort. A four-set win over Fabio Fognini today in a physical encounter. It is what Federer says he is expecting as well as a big serve and I expect he is partly dreading to be honest. He doesn’t want these physical encounters but he is having them. 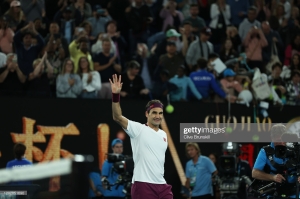 Djokovic is coasting. A straights sets win over Diego Schwartzman is always a good achievement. You know ‘El Peque’ is going to give a good account of himself and especially in matches like these, against the top players. So for Nole to get it done in three and once again impress on serve, you have to hold your hands up and say, that it’s too good again. Milos Raonic will give him a totally different sort of test in the last eight. I have to say Milos is playing well and he says injury free, he will keep Djoko on his toes but this has been impressive from the Serb. 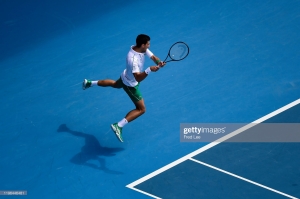 Ash Barty survived one in the women’s. Alison Riske caused her all sorts of problems from the second set onwards. When Barty’s back was against the wall, she found some tidy forehand winners to get the break from nowhere in the decider. Riske broke back but a poor service game at *4/5 cost her. There’s no way back from there! Digging deep the top-seed and succeeding though. What a match it should be against Petra Kvitova on Tuesday. Kvitova was a bit wobbly in dispatching Maria Sakkari in three. Having dropped the opener she did pull away in fairness. She has been breezing through until this, it should be fireworks come this one. 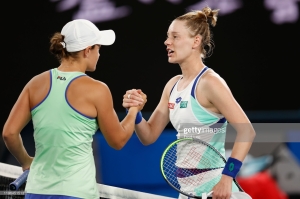 It is all over for Coco Gauff. Sofia Kenin was just too solid in the end. What a great effort from Coco once again though. She keeps producing on the big stage. Kenin is a player who’s has skyrocketed and puts in some very consistent results. For Coco to lose today, some may feel it is a bit of a letdown. Not at all though. Kenin now has One Jabeur, who having won the first on a breaker, then went and gave Qiang Wang a bit of a pasting in the second. You quite often find that these players don’t back up their ‘exceptional performances’ and Wang is no different here. 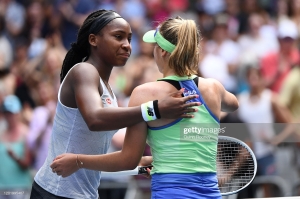 Hope you are all up for the super-salty contest later? Let’s ‘ave it!