Every time I watch Fed v Nole I feel like I am watching a recording where they just change the surface. Today was always going to be even more of an uphill battle than it usually is for Federer. He simply had to win the first set today and having had his chance and not taking it, you knew what was coming. There was nothing wrong with the tactics deployed by Federer, maintaining that level against Novak is a big ask though. Nole said he was pretty nervous early on and after that wore off the match was always going to have a different look to it. Come Sunday he will be looking for his eighth Australian Open title and seventeenth at Grand Slam level. Should he do so, he will be back to within two of Nadal and just three of Federer’s 20. 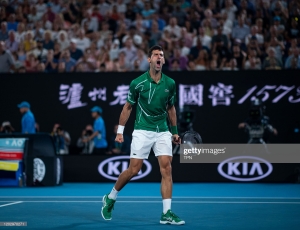 Garbine Muguruza has put this run together from nowhere really. She has had that focus and look about her for a while in Melbourne and against Pavlyuchenkova, she was winning all the big points. The same was true today against Simona Halep. Her form has been patchy, to say the least, but the bottom line is when Muguruza is in the zone she does take some beating. I thought Halep would just have had a little too much today but Muguruza was superb. The standard was high but the Spaniard had that slight overall advantage with her extra firepower. It is the Muguruza’s first Slam final since Wimbledon 2017, where she defeated Venus Williams. A win here would add to her collection of a French Open and that victory at Wimbledon title.

Did Ash Barty start to feel the pressure? I think so yes. I had said in my previous blogs that she seemed to be handling the pressure very well but that there was still a long way to go. Sofia Kenin is a player who has shown plenty of guts and persistence on her rise up the rankings and gives very little away. It proved to be the undoing of the Aussie top-seed in the last four. The fact that Barty had a couple of set points in both sets will be frustrating for her, she said after that she put herself in positions to win the match but couldn’t take advantage of them. This is not the American we expected to see in the final Saturday, she won’t be gunning for number twenty-four but number one. The search for a home win goes on in Melbourne, 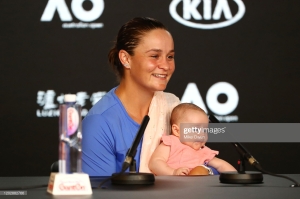