The difference between the good players and a Grand Slam Champion is that ability to play the biggest of the big points well and that is exactly what Dominic Thiem has been doing. It was like it against Rafa and it was like it against Sascha Zverev in the semis. It was a slow start by the Austrian, who admitted after to having his ‘stomach rebelling’ during the match. It looked like he was making gestures of that nature to his box during the match, so that doesn’t really come as much of a surprise. Bottom line is it didn’t stop him getting the job done. This wasn’t vintage Thiem but if you win the points that matter, then you are there, he is looking a much more complete player right now. 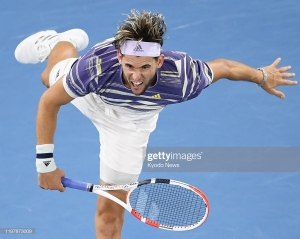 Will it be enough to beat Novak in the final? Well, he has beaten him in four of their last five meetings ( though Djokovic leads head-to-head 6-4). Two of these wins were at the French Open, so we know he can beat him on the big stage. There was also a win indoors at the O2 at the end of last season. This is the Aussie Open Final though and this is Djokovic in the Aussie Open Final. There is no doubt that Thiem does have a squeak though.

Djokovic is about a 1/4 poke for this and though I expect him to win, there really is only one player you can back at the prices. Or the standard ‘jolly 3-1’ would be the argument I’m sure. I probably owe Thiem a small bet, as he was my only winner from the quarter’s tips.

I do expect him to keep this more than competitive though and anything under four sets would be a big disappointment from the neutrals perspective. It should be a decent final. Let’s see if Thiem is ready to make the biggest of steps forward.