I very rarely do things with an orthodox approach, so the Wimbledon Ladies will come at a later date and the Aussie will be in the second half of the year. The latter the only one that makes sense to most I’m guessing?

With the certain matter of dethroning Rafa as champion here, it makes it a difficult event to get involved in. Dominic Thiem might be ready but I can’t be putting him up at these prices, a top-priced 7/2. So here are the players to monitor, generally at big prices.

A former junior French Open champion by the name of Christian Garin is making waves on the red dirt. It is an unlikely scenario for him to be crowned champion just yet but his four titles on the surface are impressive at 23-years of age. In 2019 he won in Houston and Munich and has already added Rio and Cordoba to that list this season. Sascha Zverev, Borna Coric, Diego Schwartzman (twice) and Matteo Berrettini are amongst his scalps.

Just keep an eye out here for Casper Ruud at 300/1 too. His win a few weeks ago in Buenos Aires has alerted people to his talent a bit more. Probably more likely to tip him up for his quarter at a big price. Gael Monfils is also one to keep an eye out for at 66/1 – 80/1. I feel like the Frenchman is making strides forward but I still need to see a bit more from him before I would want to get involved there.

Nothing really stands out for me here but will just be keeping an eye on the following.

Last years runner-up is 28/1 but was injured after the event, so I wouldn’t want to get involved just yet. She missed the remainder of the year after undergoing wrist surgery and only started playing competitively in January. It would only need a bit of form on the surface to warrant a second look at this though. She really showed her class on clay last year.

The Ukrainian is not really backable at 40/1 right now and it would need a big performance and 40/1 to still be available to back this. The cat is sadly out the bag here and everyone knows that big things are expected. It is now 11 years since Svetlana Kuznetsova won the French and she is 34-years-of-age now, so that is worth bearing in mind. She is still capable of a big performance or two though. Keep an eye out, as I say, you can back her at 100/1(general) -150/1 at the moment. If she can show a little more three figures could be a good value bet.

The Russian has already gone well here a few times in the past, a quarter-finalist in 2017 and the last 16 in 2019. Consistency can be a problem for him but there is enough there to suggest that he could string it together and the US looks his best chance. Rublev has already won hardcourt titles in Qatar and Adelaide this year. He is worth keeping a lookout for at these prices.

As I am for Wimbledon, I will be keeping tabs on Grigor’s form for the US. He made the semis last year in New York and at these prices, with a bit of confidence, he could be worth taking the risk with. 80/1 is a general price in the industry so don’t panic too much if you miss 100/1.

Her Grand Slam form doesn’t warrant it at this stage but there is something about the Belarussian. She can be uncompromising in her style but that’s what gives her that extra little bit. It can be infuriating at times but if she can keep her hardcourt form up, I might be tempted by 33’s.

It is unlikely that I will get involved here in the end but I am monitoring Pavlyuchenkova’s form. I was watching her at the Aussie and thought there looked like more signs of improvement, with another quarter-final appearance. Lets’s see how she plays in the coming months. 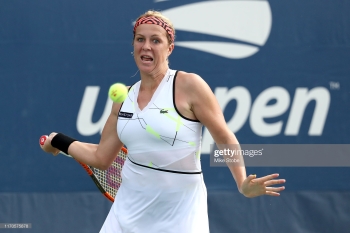 Remember to be open-minded and flexible with your approach to building the portfolio though, someone might take your fancy in the blink of an eye. Thanks for reading once again and best of luck.