It is becoming increasingly obvious that this year’s Championships will not be going ahead when you start to study the evidence. 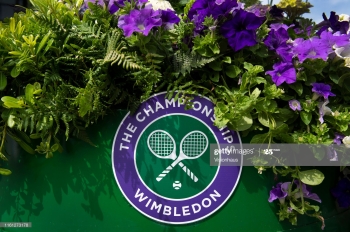 The Olympics has now been postponed until 2021. This was initially scheduled for just under two weeks after the Championships at the All England Lawn Tennis and Croquet Club (AELTC) concluded, the signs look ominous. Pretty much all sporting events around the same time and indeed after have already been chalked off.

The All England Club, rightly, don’t want to play it behind closed doors. It is also impossible to see the government giving the green light to an event that has a capacity of 39000 (daily). Even the most avid of SW19 fans, one of which I certainly am, would know this simply wouldn’t be safe. So much so, if it were to go ahead, I doubt I would personally go, such is the severity of the virus. Behind closed doors was the ‘best’ option if the event was to go ahead. It just doesn’t seem right though, does it? Anyway, we don’t know whether it will even be safe for the players to play if this had been an option.

Then you have to ask whether the event can be played later in the year? I just can’t see that at all can you? August could be a possibility but we don’t know that it will be safe to play then. There would also have to be a chat with the US Open. I don’t see the AELTC doing the same as the FFT and going solo in their decision. Any later than this period would undoubtedly be impossible due to weather and light. Can you imagine trying to play Wimbledon in October? It is why I simply cannot see the Championships going ahead in 2020. In betting terms this has to not be far off 1/100.

You could argue that if it was safe to play in August, then maybe the USTA would consider pushing the US Open back (even more than they are after the French’s decision) to help accommodate Wimbledon. I’m sure the USTA probably have a very good relationship with the AELTC but I still don’t see them being keen to push their showpiece back in the calendar. 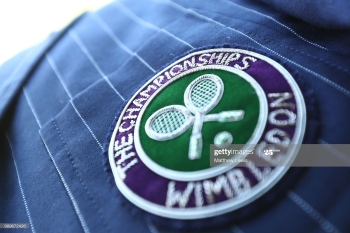 The pressure has been mounting on the All England Club to make a decision and they have said it will be made by next week. The summer will feel strange without SW19, very strange indeed. It is part of British folklore and heritage. Having said that, these are not normal or traditional times right now when we have a global pandemic going on. It looks like we will have far greater concerns in June and July right now. Safety has to come first and I think it’s pretty obvious to say it will. All we are waiting for now is confirmation.
Andy Del Potro