There has been plenty of time of late to think about the past. My Junior tennis years, both playing LTA events and watching the sport from a national level upwards have been thought upon with very, very fond memories once again. On this basis, you can imagine my delight when I saw the possibility of the ‘Nationals’ returning this year. I remember the event mainly at the Telford Racket and Fitness Club and in all honesty, not so much when it moved to Bolton for it’s last few years. It was chopped in 2002.

During a little bit of research for this piece, I actually discovered Andrew Castle got fined his 9k prize money, plus an extra couple of grand for writing ‘No to the poll tax’ on a sign, during his defeat to Jermey Bates in the 1990 final. This was perched next to him at the change of ends. It could be picked up live on the BBC cameras, intentionally of course. 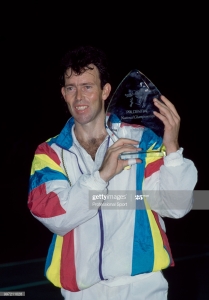 The event naturally hotted up in the Henman/Rusedski era of 95-97. Henman winning  three consecutive years before retiring from the event. Joe Durie and Jeremy Bates are names that dominated the event in their prime in previous years. The last winners when it was held in Bolton were a very young 18-year-old Alex Bogdanovic and our Fed Cup captain Anne Keothavong, she was only twenty(20) back then. Both had varying successes with their careers after this, the latter more so. The tournament bred optimism though, for better or worse. Other winners over the years included Clare Wood, Julie Pullin (twice), Hannah Collin, Jamie Delgado and Lee Childs. Lorna Woodroffe anyone? It is actually really difficult to find the roll of honour here, so I apologise for those I have left out. Some real blasts from the past in that list you have to admit though. 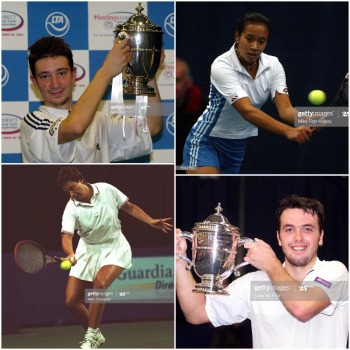 It’s popularity slumped, especially after Tim left the event behind. The scheduling of Telford and the ATP World Tour Finals now collided though as shown when Henman beat Jamie Delgado in the quarters in ’97. Tim then flew straight to Hanover to beat Yevgeny Kafelnikov, as he was dragged in at the last minute for the final group match at the tour finals. It was then a flight straight back to Telford to beat Danny Sapsford in the semis and then Rusedski to take the title. Different scheduling would provoke a positive response these days I would have thought. 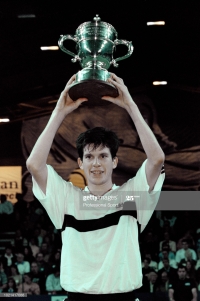 Imagine having an event that had a line-up of Andy Murray, Dan Evans, Kyle Edmund, Cameron Norrie, Jay Clarke and Liam Broady in the men’s. A women’s line-up of Jo Konta, Heather Watson, Harriet Dart and Katie Boulter. There would be a few other ladies just ranked around the 200 mark that might fancy going close, the likes of Sam Murray, Bains and Swan. I think it would be really interesting. It has been so long now that I think it would be worth trying it out. I think it could work. Muzza’s team have confirmed there is an interest to participate and I would think a lot of the others might well follow suit. 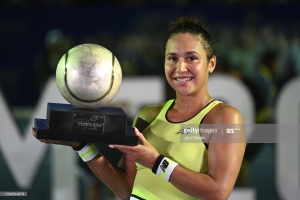 It is without a doubt a thumbs up from me as I am going through a nostalgic phase, with  regular trips down memory road anyway.
Andy Del Potro