I probably shouldn’t but I find it brilliant that Nick sent a tweet to Djokovic, Rafa and Federer and asked them whether they thought the US Open should go ahead. Personally, I think that it shows his normality. I know we kind of know where they stand but even so. If the lads don’t feel they can respond then that is a little unfortunate. Maybe they should. That’s how I see it.

A later tweet from his account read:
”The ATP is trying to make the US Open go ahead. Selfish with everything going on at the moment. Obviously COVID, but also with the riots, together we need to overcome these challenges before tennis returns in my opinion”.

In regards to the US Open, that decision is imminent. We await the USTA’s announcement. 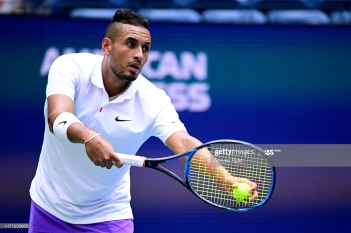 I don’t think people can say too much bad about Nick at the moment, I’m sure plenty still will. He has unquestionably shown a lot of compassion for the Australian bushfires relief with donations and fundraising events. Then he also said that he would personally deliver goods to people in need of food during COVID-19 and has shown strong support to BLM. In fact, I think Nick has shown a fair bit of maturity in all these actions. These are not the actions of an asshole!

Yes, his approaches here may be seen as unorthodox or even disrespectful by some at times but I don’t necessarily agree. Is he challenging the authorities? Of course, but what is wrong with that? Ultimately, it is the players who will have to put themselves through travelling if they want to play. What they think is what matters the most. It is something we know Kyrgios has done before, take on the authorities. That could be about worldwide issues, the tennis powers that be or even certain players. I find it refreshing. I think he gets frustrated others arent as normal as he would consider himself. If they were he might not say what he says at times.

Keep up the good work pal. 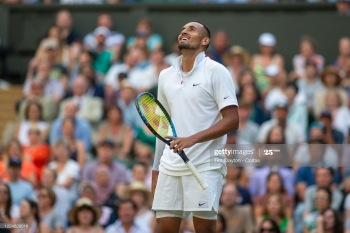