The standard mad dash to get this finished and out there is becoming one of the great things of this world. What a 12 months it would be if Serena won number 24, with the birth of my son and Liverpool winning a first league title for 30 years already happening. I may have a sociable bet on her here but I can’t possibly tip her up. Maybe if I go for the reverse jinx and ‘write her off’ she will respond as she has in the past with critics. 11/2 is top price on the outright.

I just wonder whether we will see some strange results this year? I won’t be having my usual stakes unless I say so in this article. It is different times at the moment as we know and we may see this in results with many different factors to consider. It has put me off going in bigger on anything. Basically, I have lost my bottle a bit for this one. It is also an excuse for some outrageous tips. My opinions could change quickly here and that is why I haven’t gone in heavy in general, read my daily blog for updates. As usual, there is my main fancy and then the bigger prices for those of you who want a bit of a run for your money in each market.

Anyway, on we go.

First Quarter
A quarter that obviously contains top seed Karolina Pliskova is a section that I am struggling to fancy a standout performer in. I am not particularly keen on backing the Czech at 3/1 but the prices aren’t as big as I was expecting on the three I put circles around. Petra Martic is 11/1 with 888sport but in reality, I would be looking at the 8/1 or 9/1 to get involved here and that isn’t attractive enough with her ankle problems. Jennifer Brady’s form standouts here but the cat is well and truly out of the bag at a top-priced 11/2 with VC, the second favourite for the quarter cross the boards. Anna Blinkova is not an easy opener either and that is enough to put me off. Alison Riske is another option at 14/1 and comes in with slightly less expectation. Angie Kerber and CiCi Bellis are also in here and the American could cause Brady big problems in the second round. The 21-year-old looks to be finding some form after having surgery four times in total.

My bets
I am reluctant to go big here. Very small bets on Alison Riske, who is pretty much 14/1 across the board. At 33/1 with Betfred and 25/1 generally, CiCi Bellis is worth a quid or two for sure as a cover. If Martic had proven her fitness I would be putting her up here. 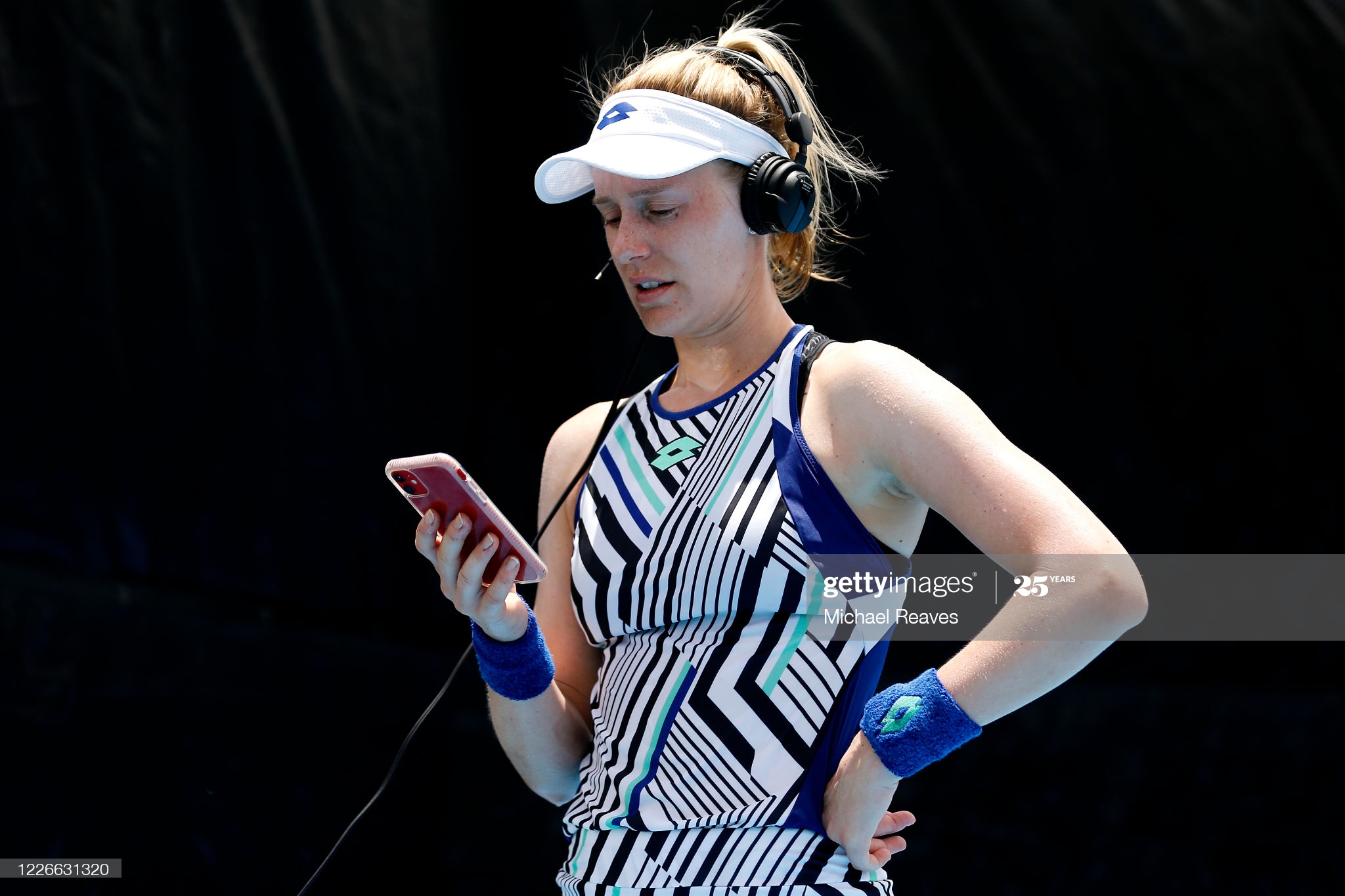 Second Quarter
Naomi Osaka, Petra Kvitova, Anett Kontaveit, Dayana Yastremska and Coco Gauff are just some of the names in the second quarter. Osaka is naturally a strong favourite here at a top-priced 13/5, though generally, she is in between 7/4 and 2/1. Camila Giorgi and Coco Gauff are potential second and third-round opponents. Osaka is rightly joint-favourite for the event but at these prices and considering the circumstances, I just wonder if it’s worth taking her on. Elena Rybakina looks a decent bet at 12/1 with BetFred, 8/1-9/1 is the general price. The 21-year-old Kazakhstan was certainly one of the inform players before the pandemic. Marie Bouzkova and Danielle Collins look bigger prices here. Bouzkova has a very tricky opener against Jessica Pegula and Collins has a mammoth task against Anett Kontaveit. Should they both survive, they may fancy going a few rounds.

Third Quarter
I keep thinking to myself that Serena would walk this quarter if in any form but there hasn’t been enough for me to get involved at a general 15/8. We all know I want her to win this irrespective of money and its why I will look to have a few smaller bets elsewhere. Had Muguruza not had a recent ankle injury I think I would be all over her in this section at 6/1 -13/2. There is plenty of talent in this quarter with Madison Keys, Amanda Anisimova, Maria Sakkari, Donna Vekic and not forgetting Sloane Stephens, a player that has the ability to turn the switch and up it. Sakkari is a player I have had a few small bets on before and though I sound like a broken record, I will half up my standard stake here and have smaller bets on a few bigger prices in Alize Cornet and Bernarda Pera. Cornet looked in some form in Cincy only losing out to Vika and Pera just seems a bit big, especially at 50/1. It is a big ask to say the least for both players though. 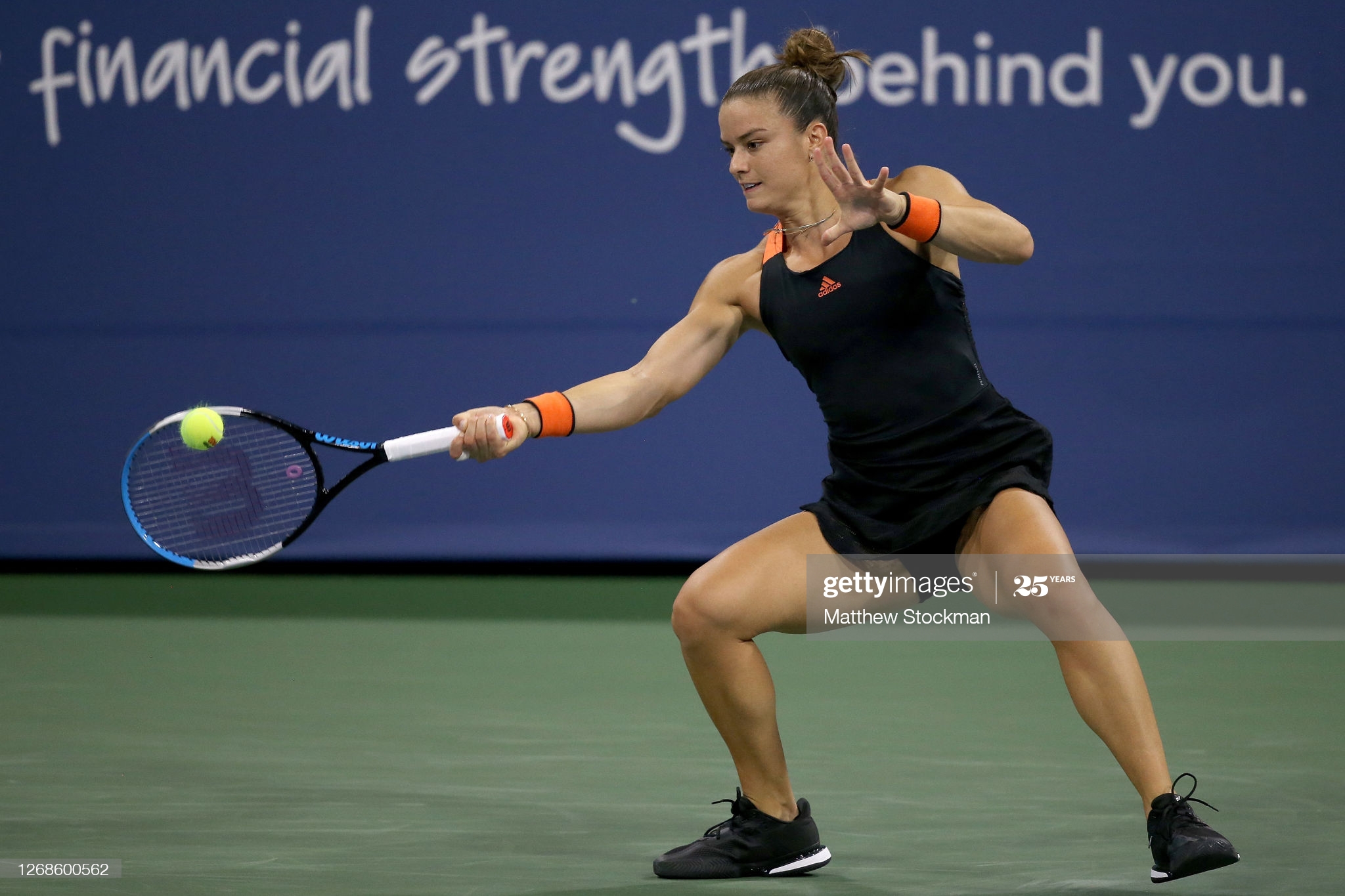 Fourth Quarter
The most competitive heat in the bookmakers view. A section that is very open containing Sofia Kenin, Aryna Sabalenka, Jo Konta, Elise Mertens, Vika Azarenka, Venus, Ons Jabeur and Karolina Muchova. There are some dangerous floaters in here with Kim Clijsters and Vera Zvonareva. Kenin, Konta and Mertens are virtually a three-way heat (5/1-13/2) with the two Belarussians only marginally bigger. Vika’s form has been impressive this week but it may be too much to continue. Mertens is someone I always keep tabs on but she is short enough here and the same can be said about Konta. The winner really could come from any of the above list though. Something makes me think Sabalenka might just win this section but I also like the look of Ons Jabeur’s form and draw here too. I would love to see Venus do something here again and the fact she has beaten Vika and taken Serena close in the last few weeks means she is somewhere near. It is a big ask for her now but she would be a cover bet here.

My bets
I will be backing Sabalenka at the 6/1-15/2 mark which around. Ons Jabeur at 16/1 with Hills and Paddy’s looks just as much a bet to me and I will cover with a token bet on Venus at a general 25/1-33/1. Probably my highest stakes bets on the women’s quarters here.

Outright
I like the look of this fourth quarter and I will have small each-way outright bets on Aryna Sabalenka at 25/1 with Boyles/Betfred, Ons Jabeur at a general 50/1 (or bigger) and for the big price punters out there I will back Alison Riske at anything between 100/1 -150/1 (general). 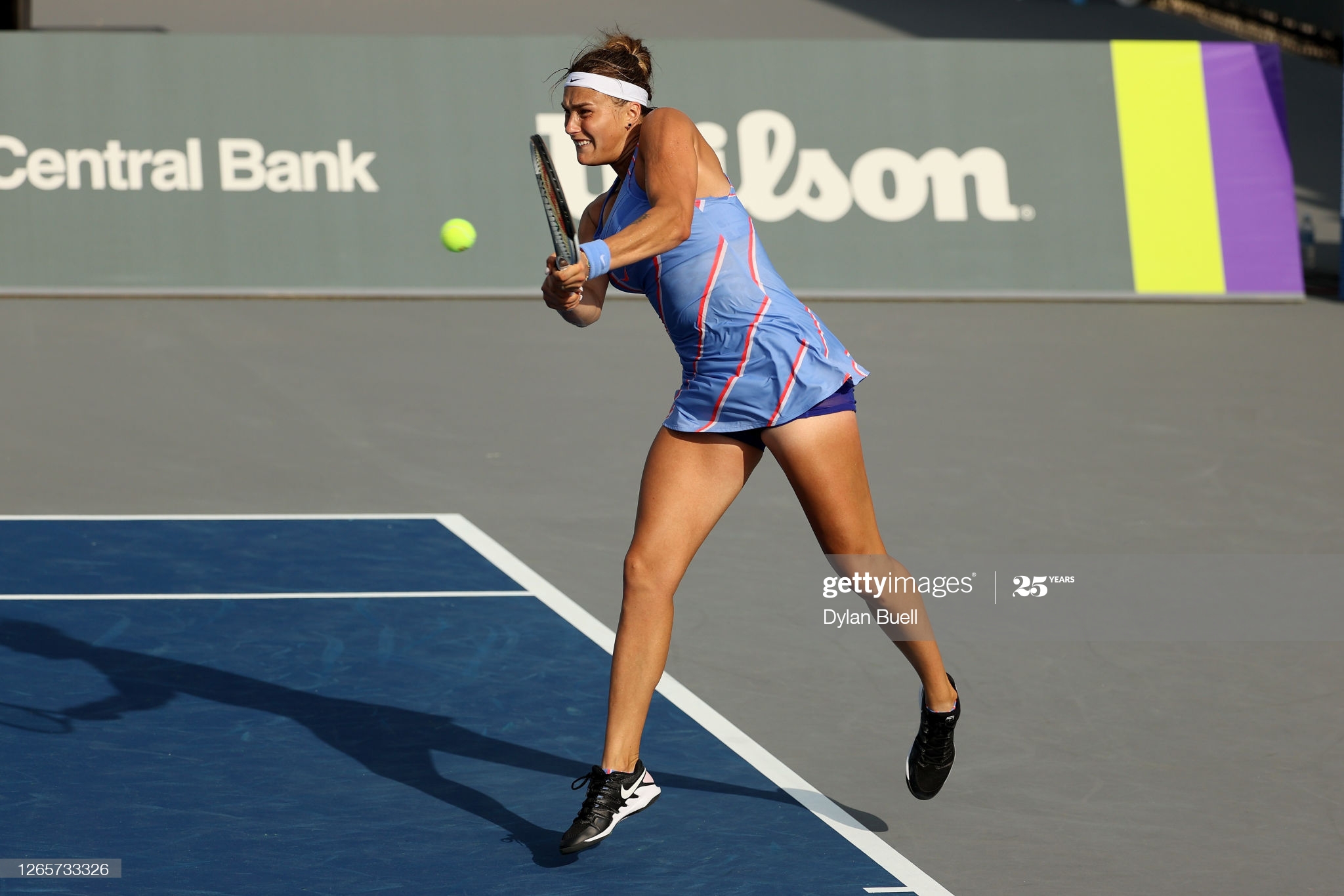 First Quarter
It is 1/3 for Djokovic to win this section and you can generally see why when looking at the draw. Something just tells me that as an odds on poke for this he is worth getting against. Nole has been head and heels above everyone again this year and is so far undefeated (he pushed it a tiny bit in Cincy). I wonder whether the talk of going the season undefeated may just start to take its toll. Maybe, maybe not? On that basis and without going in big again I would have a punt on Denis Shapovalov at 14/1 if you are desperate. I would have really liked Reilly Opelka here (to make the last 8) but the ankle injury picked up this week has obviously put me off slightly.

My bets
No bets for me but if I was to get involved it would be the slightest of touches on Shapovalov at 14/1 (several firms) and even slighter on Opelka at 45/1-50/1 (VC or PP). 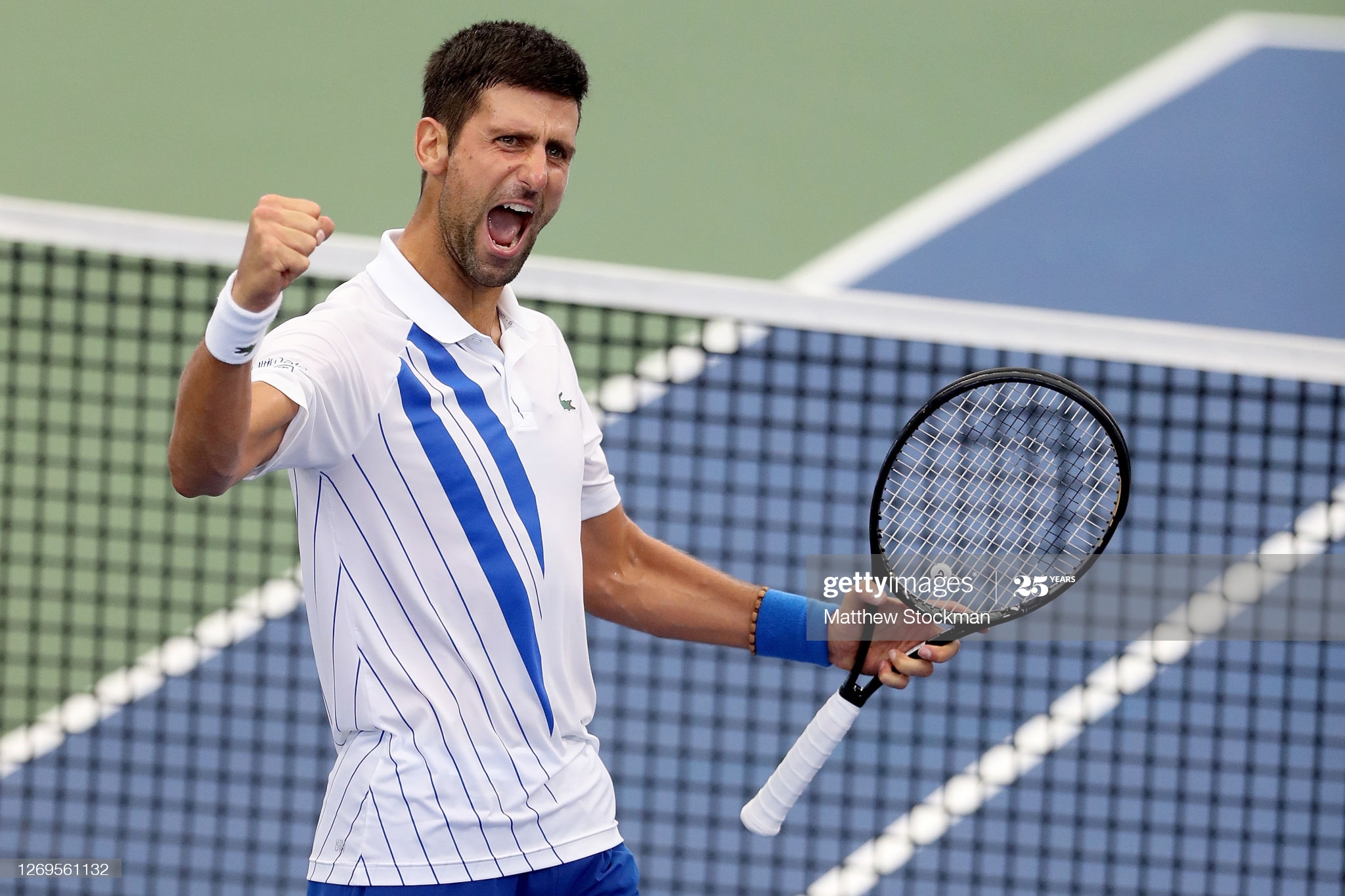 Second Quarter
This is a nice section. Stefanos Tsitsipas is favourite over Alexander Zverev and then further back you have Kevin Anderson, Diego Schwartzman and Borna Coric. This really is a great chance for Tsitsipas to make the last for in NYC. Sascha Zverev always seems to have a few clouds over him at the moment. Normally I would like Anderson’s chances (has Zverev first round) but he has been talking things down a bit too much for my liking after a lengthy lay-off. It really is Tsitsipas to lose but I also like the little section of the draw for Diego Schwartzman and Jack Sock for the really big price. Schwartzman has good form in NYC where he has made the quarter’s twice and Sock was showing some improved form before the break.

Third Quarter
The front three in the betting for this are very solid. Daniil Medvedev is around the even money mark and then you have Andrey Rublev in at the 9/2-13/2 area and Matteo Berrettini is in at as big as 8/1. Dimitrov is next in at 16/1. I didn’t see myself tipping up Medvedev here as although he is a top player there are still a few flaws. His draw looks good though and he can ease his way in. I am surprised Rublev is quite as short as he is and that is enough to put me off as Berrettini lurks in the last 16. The Italian beat him here last year and looks the better bet to me.

My bets
Daniil Medvedev at 10/11 or Evs across the board, same as Tsitsipas above I would say. Then a small cover bet on Matteo Berrettini, who is 7/1 with VC and 8/1 with Paddy Power.

Fourth Quarter
This is without a doubt my favourite quarter. Evans and Murray in the same section here (not such a fan of that), all we need is a fit Delpo and we would have my favourite three male players! It is packed with quality here, add my two boys to Thiem, Bautista Agut, Raonic, Khachanov, Auger-Aliassime, De Minaur and Marin Cilic. There are some great first-round matchups with dangerous floaters like Jannik Sinner ( v Khachanov) and Tennys Sandgren will hope to cause Bautista Agut problems first up. Gasquet and Querrey are also somewhere in here. Is this going to be too quick for Thiem? I didn’t think so until I saw his result against Krajinovic and coupled with the fact that everyone is saying the courts are noticeably faster this year. I would have gone with Raonic but he has almost played too well this week in making the final in Cincy. Can his body cope with another two weeks? Bautista Agut’s body probably can and I always tend to side with the Spaniard when possible. I still think he is the most underrated player on tour. He is third in here and you can get 7/1 still. It is not a nice draw and that starts from the word go but I have belief in this lad. I love Muzza but 12/1 just isn’t big enough over five sets still at the moment, it’s so punishing on his body. Marin Cilic has recently become a father. This is obviously a massive positive and he says he’s glad to be back but the performance against Shapovalov was shaky last week and that’s enough to see me out right now. My outsider will be Evans at 50/1 with 888sport/Unibet. I’m biased but that’s just too big.

My bets
Roberto Bautista Agut is 6/1 with Hills and Betfred and 7/1 with Paddypower and Dan Evans at 50/1 with 888sport/Unibet. I won’t go stupid with RBA but it will be one of my bigger bets here.

Outright
I will back Medvedev and Tsitsipas win only on Betfair Exchanges at 13/2 (same with Betfred) and 10/1 respectively. The shrewdies would say I should be tipping Medvedev each-way I expect. Roberto Bautista Agut will be my each-way bet at 28/1 with Bet365 and 25/1 general.

Best of luck and definitely all in moderation as they say. Come on Serena!! 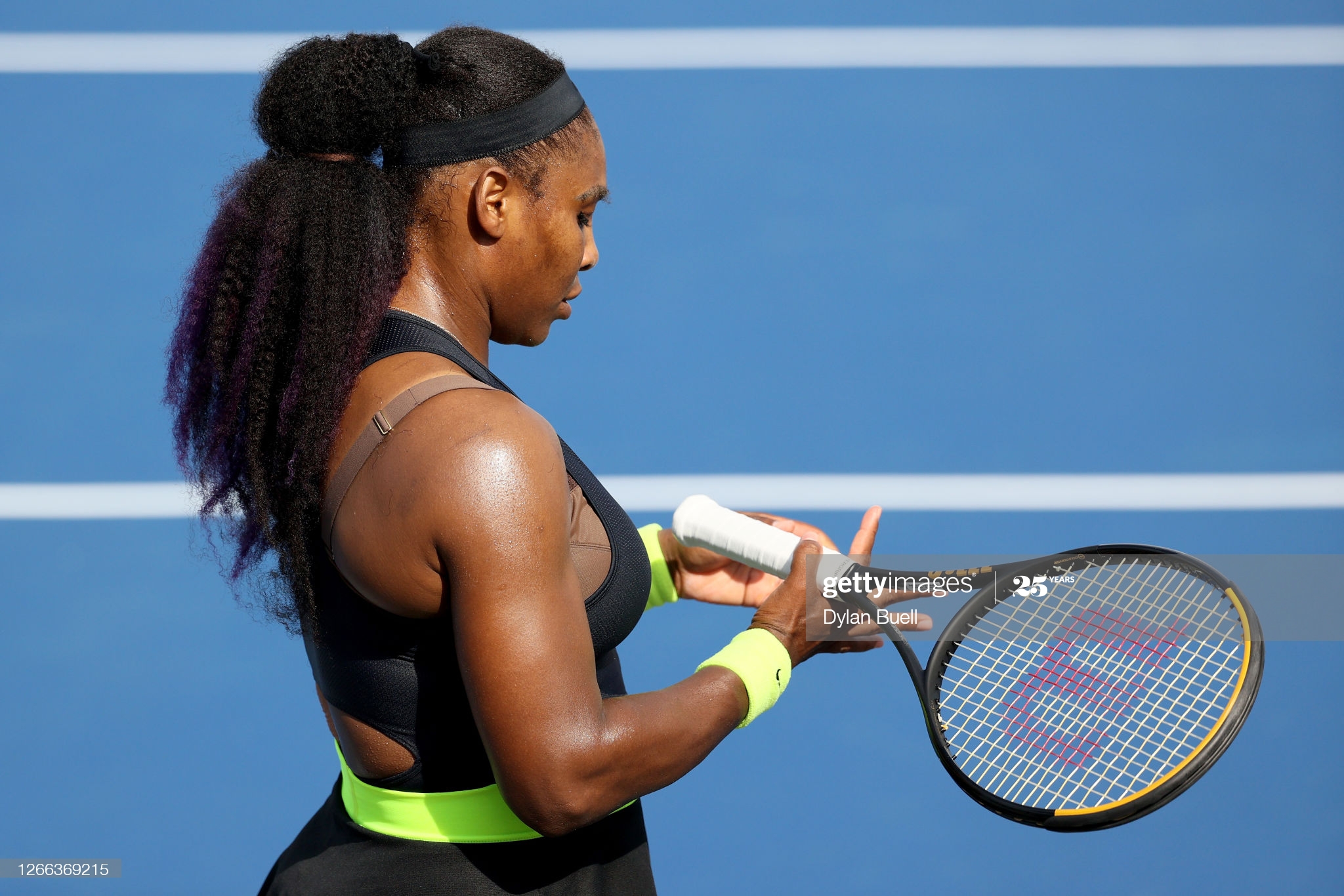 One thought on “2020 US Open Preview -Quarter by Quarter.”