It was a pretty tight performance from Coco Gauff against Anastasija Sevastova. The Latvian is once again saving her best tennis for NYC. Gauff showed plenty of heart as per usual, even though she was nowhere near her peak. Sevastova is clearly struggling with a lack of confidence and the American almost dug herself out of a whole. It was mentioned during the commentary that a full house on Louis Armstrong would have made a difference. Probably the difference of results in this case. Coco would have thrived on the support, whereas Sevastova would have been more likely to fold. Incredible to think she has only won two matches this year and they are against Serena and Coco. It will be interesting to see if she kicks on now against Marta Kostyuk if so the winner of Osaka/Giorgi is waiting in the third round. 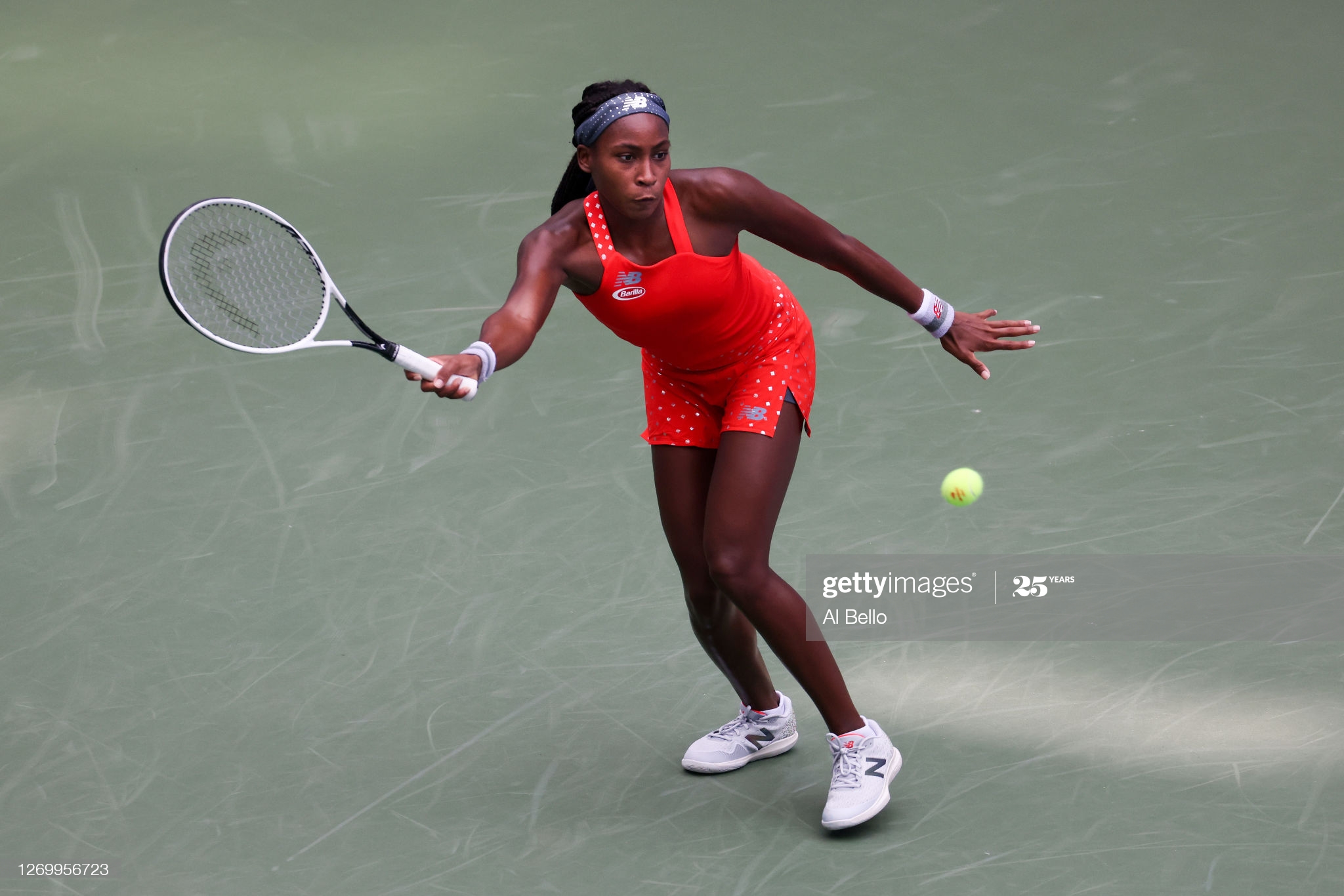 Osaka won a hard-fought battle against Misaki Doi but admitted there were still a few issues with her hamstring. Osaka was wearing a mask that had Breonna Taylor’s name on it, a response to the victims of racial injustice. She has seven different names, one for each round if she was to go all the way. Her comments of “it’s quite sad that seven masks isn’t enough for the amount of names” is simply the reality of the terrible goings-on. The draw starts to get tougher for her now and we will see how the hamstring holds up. She said it worsened during her three-set win here. Time for a rest.

Elsewhere there were straight forward wins for top-seed Karolina Pliskova and Petra Kvitova. Pliskova seems to have benefited from the Ashe playing slower than the outside courts where she suffered her early loss in ‘Cincy’. On the bets front after my blog 2020 US Open Preview -Quarter by Quarter there were mixed results. Easy wins for Rybakina and Alison Riske, while Bellis made it through to the second round with a three-set win. There were losses for Marie Bouzkova and Danielle Collins. Collins wasn’t really a ‘shock’ as she was the underdog against the fourteenth seeded Anett Kontaveit. The American took the opener but was beaten quite comfortably in the end.

The news that Benoit Paire has tested positive for COVID-19 and pulled out of the event has obviously been a huge talking point. Gasquet, Mannarino, Roger-Vasselin, Barrere and Kiki Mladenovic are all part of a new bubble within the bubble for being in contact with Paire. It also emerged that Daniil Medvedev is also in the bubble with them. It has naturally worried the players. Paire who has never been one to hold back has said that it is “a fake bubble”. There are fine lines here now, there is and never has been any margin for error with the virus.

Novak Djokovic had no worries in easily beating Damir Dzumhur, he will face Kyle Edmund next after the Brit nearly went two sets to one down against Alexander Bublik. Edmund reeled off nine games in a row from that point though and will be pleased to have got past an unpredictable opponent. Having been given this awful draw the Brit can at least go out there now and hopefully give a very good account of himself against Nole.

There were a couple of seeds taken down of note in the men’s. Diego Schwartzman (my cover bet for the quarter) has lost to Cameron Norrie from two sets up. It was great fight from Nozza, especially in light of what a fantastic scrapper the Argentine is. To outfight and in the end out last him physically is a top effort, saving match points on the way. Norrie mentioned after that ‘El Peque’ was cramping and getting a bit upset with Jamie Murray and Dom Inglot cheering him on from the stands. John Isner also lost, he fell in a final set breaker to his good mate Steve Johnson. Sascha Zverev will be happy to have navigated his way past Kevin Anderson in four. Although Anderson isn’t back to his best after injury there was always the possibility that he could play a great match here. Fair play to Zverev for taking the sting out of it.

Elsewhere with my bets Stefanos Tsitsipas battered Albert Ramos-Vinolas for the loss of just four games and was happy with his serving and his aggressive returning throughout. Jack Sock came from the brink of defeat against Pablo Cuevas to win a final set breaker, he is taking a lot of credit for looking much fitter. Reilly Opelka lost a four setter to David Goffin but there was a risk here after his recent knee injury. I haven’t backed Shapovalov but he did beat Sebastian Korda (son of Petr). The American impressed for large parts though as Shapovalov had to play the rare role of veteran against the 20-year-old.

I am really looking forward to day two with Serena, Evans and Murray all playing and that is just scratching the surface.