I knew I was going to be in trouble with the order of play as it was. There was always going to be overlapping with Serena/Muzza and Evo last night. With Murray and Williams both on the Ashe at least it wasn’t all three playing simultaneously! There was plenty of scoreboard watching as it was.

You would think that Muzza loves a marathon match, wouldn’t you? 4 Hours 40 minutes doesn’t bode too well for further down the line, but that would be doing Murray a disservice as this was a fantastic comeback from two sets down. The ability to turn matches like this around has made him the player he is. Nishioka is a much better player than people would give credit for but Murray just doesn’t panic. The Scot saved a match point on his way to victory here and snatched it right at the death with a break of serve. It is all about problem-solving and Murray is possibly the best of all at that! It will be very interesting against Felix Auger Aliassime in the second round. The Canadian is a massive talent, we all know that but he isn’t the best of five-set player right now.

Evo didn’t have anywhere near as much trouble in beating Thiago Seyboth Wild. The Brazilian who won the junior event here back in 2018 and a tour title in Santiago this year was a mixed bag. Evans has to be happy with such a solid start, getting the first two sets wrapped up in next to no time. Solihull’s finest was far too consistent. Seyboth Wild did show us in the third that he has a lot of explosive power to his game, but you always felt Evo was in control and so that proved as he kept his nose ahead in the third set breaker. It was great to see these two complimenting each other for their shotmaking and have a nice friendly chat at the end. He faces 21-year-old Corentin Moutet next, the Frenchman has already had wins over players like Raonic and Wawrinka this year. Evo will know he needs to be on it. 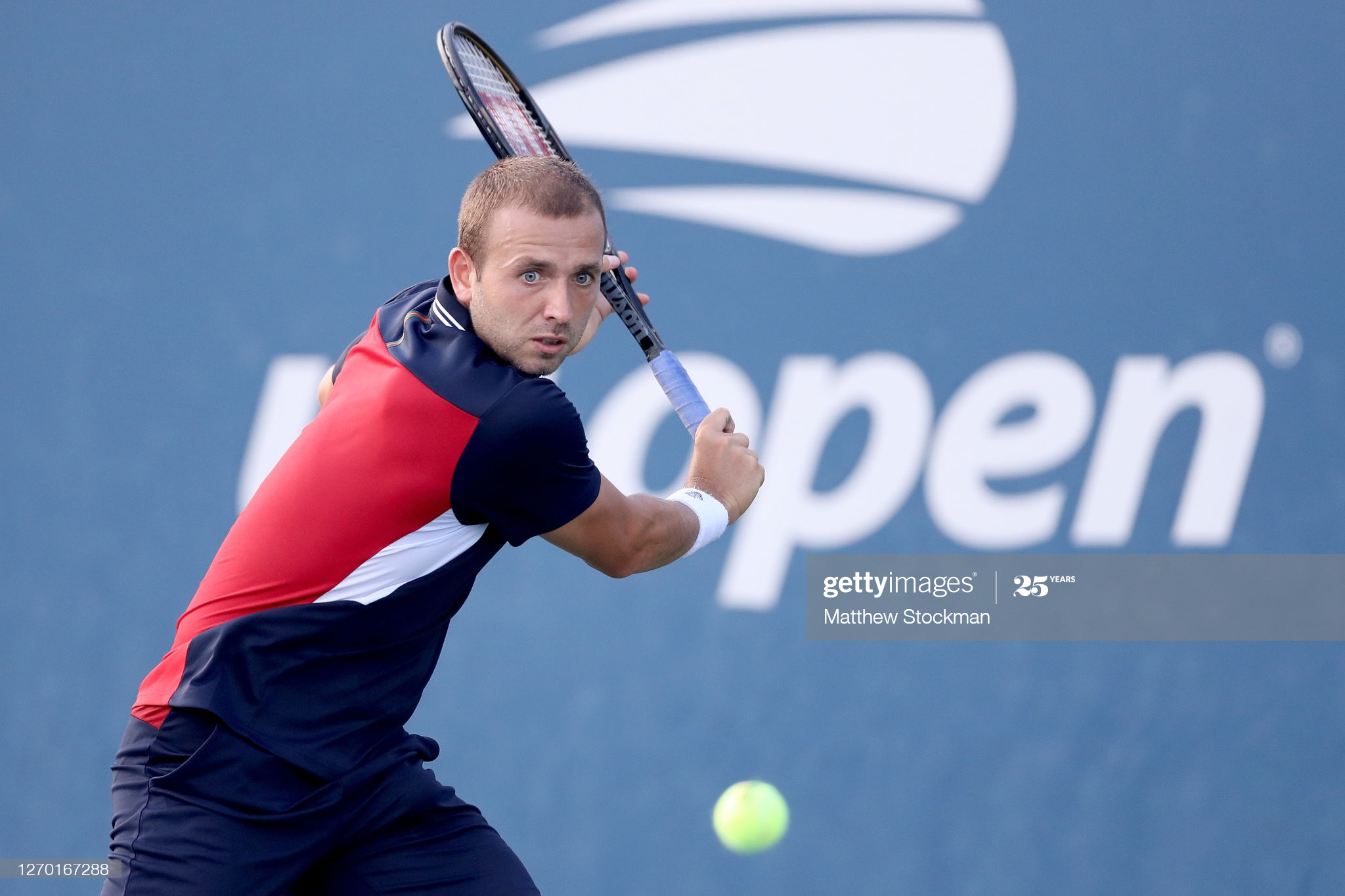 Elsewhere it was nice to Roberto Bautista Agut stay focused all the way through his win over Tennys Sandgren. As one of my tips I knew this was a tough opener for RBA but to get this done in straight sets is something I wasn’t necessarily expecting. He remains on course for the third round matchup with Milos Raonic. My other bets from this half are in the third quarter and there were easy wins for Daniil Medvedev and Matteo Berrettini. Medvedev was rapid in his straight-sets win over Federico Delbonis on the Ashe. The Italian was a bit slower starting against Go Soeda but got it done in three. 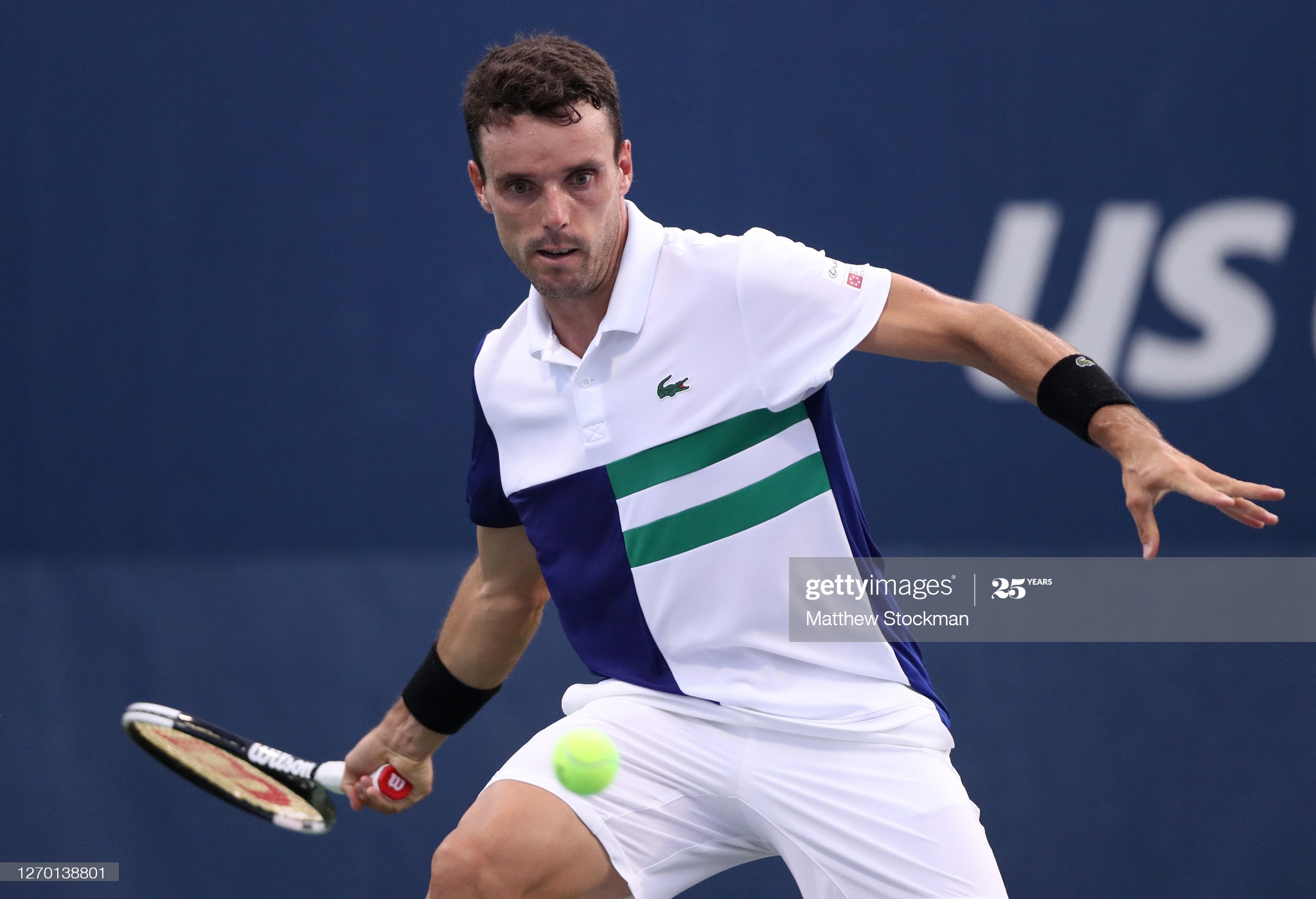 Karen Khachanov was lucky to get away with it against Jannik Sinner, who had led by two sets to love but the Italian hurt his back in the third and eventually lost a final set breaker. Marin Cilic was also lucky to survive after Denis Kudla served for a straight-sets win. Dominic Thiem was being stretched by Jaume Munar before the Spaniard injured himself midway through the second set and was forced to retire a few games later.

I was getting quite anxious about Serena playing Kristie Ahn and that wasn’t eased by the standard slow start. It wasn’t vintage Serena by any stretch but it was an improvement on last week. I think sometimes she can come into an event playing too well from the off. It might be better to ease her way in and get a few of the nerves out of the way. At the same time, she will be pleased to get this done 7/5 6/3 and not having to go the distance again. I was loving the red outfit too by the way. There will be tougher tests ahead, Gasparyan is next and then possibly Sloane Stephens in round three. A wins a win here though to get us started. 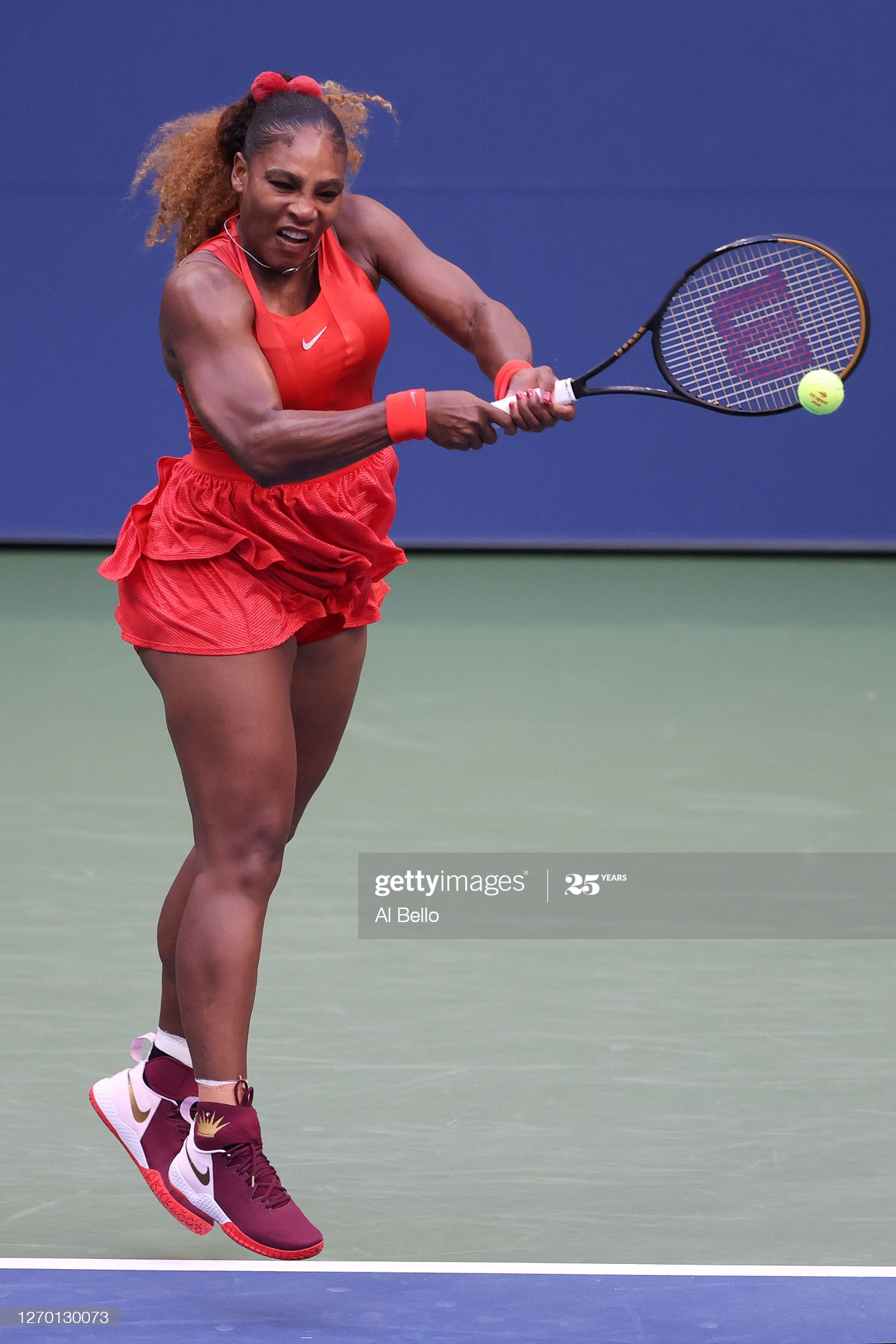 In the rest of this quarter, there were relatively easy wins for Garbine Muguruza and Madison Keys. On the bets front, there was a scare for Maria Sakkari who had to break at the end of the third to beat Stefanie Voegele, her opponent playing well above herself. Alize Cornet also dropped a set and was apparently a lot more passive than a week ago in her win over Lauren Davis. Bernarda Pera ran away with the match against Zarina Diyas to set up a clash with Sakkari.

Venus Williams was one of my cover bets for the fourth quarter and she came up short against the 20th seed Karolina Muchova. It was a horrible draw and Venus couldn’t quite keep her level to take this to a decider which she probably should have done. It is the first time she has lost in the opening round in NYC. I never enjoy a Venus defeat as you know. There were wins in this section for Aryna Sabalenka and Ons Jabeur. Both players were made to work hard though against Oceane Dodin and Katarzyna Kawa. Jabeur was particularly shaky after reading reports and should have been taken the distance. Sabalenka will play Azarenka next. That will be some match.

Sofia Kenin was meant to have been superb is beating Yanina Wickmayer 6/2 6/2. An ultra-aggressive performance with a load of winners. Jo Konta came through a tough opener against fellow Brit Heather Watson. Not ideal that these two were drawn against each other. Both players had chances to take the first and once that was decided Watson dropped off. Finally, Kim Clijsters lost out to Ekaterina Alexandrova. It was looking promising for the Belgian after winning the opener but a few missed opportunities at the start of the second and the match turned.