With Nole getting defaulted last night, I feel that I am relatively qualified to speak on the topic. It’s something we have seen happen to both Tim Henman and to an extent, with similar circumstances, Serena (though not with striking a tennis ball in anger/frustration). I genuinely do feel for Djokovic, there are many Nadal and Federer fans out there that will be cherishing and basking in this, not all but some I am absolutely sure of that. For me and maybe I have a zero-tolerance view on it, but it was the right decision for him to have been defaulted. No, it wasn’t intentional, of course it wasn’t but for me it’s immaterial. As soon as it happened my exact words were ‘he’s gonna have to go’. If I was comparing it to football, I would say if a player is late in a tackle (even though they didn’t mean it) and they could have caused some serious damage, is it not a red still? I don’t need to compare it to tennis as I already have with players I have supported. They were punished accordingly. I can see the argument from Djokovic fans that if Federer or Nadal had done it then they wouldn’t have been treated the same way. All I can say is that that would be an interesting scenario. I would hope that common sense would prevail then too but I can see the argument. It wouldn’t make it right if they weren’t defaulted though either. I was glad he came out and apologised after initially avoiding the press conference, I don’t think people can bash him over that. Like anyone, he would need to digest the magnitude of what had just happened and he rectified that soon after.

Due to all of that I haven’t mentioned the fact that Pablo Carreno Busta has made the quarter-finals as a result. The lad was playing very well and had actually just broken Djokovic and would have been serving for the first set at 6/5. He was playing well enough the rile Djokovic. The Spaniard will face Denis Shapovalov who beat David Goffin. This was a thoroughly deserved win and a lot of discipline was involved in this. The Belgian is not easy to play and it shows a level of maturity from Shapo.

The other quarter-final will be between Borna Coric and Alexander Zverev. Coric needed a quick match and after getting a little tight in serving for the opener at the first time of asking, he easily beat Jordan Thompson. Zverev had little issues against Alejandro Davidovich Fokina, who was struggling physically in the latter stages but the match was already decided in all honesty. Coric has a 3-1 head to head over Zverev, including a victory three years ago in New York. This is going to be very interesting and it will be a huge test to see how much Zverev has improved. You can see why the Croat’s game and grittiness has caused Sascha problems in the past. 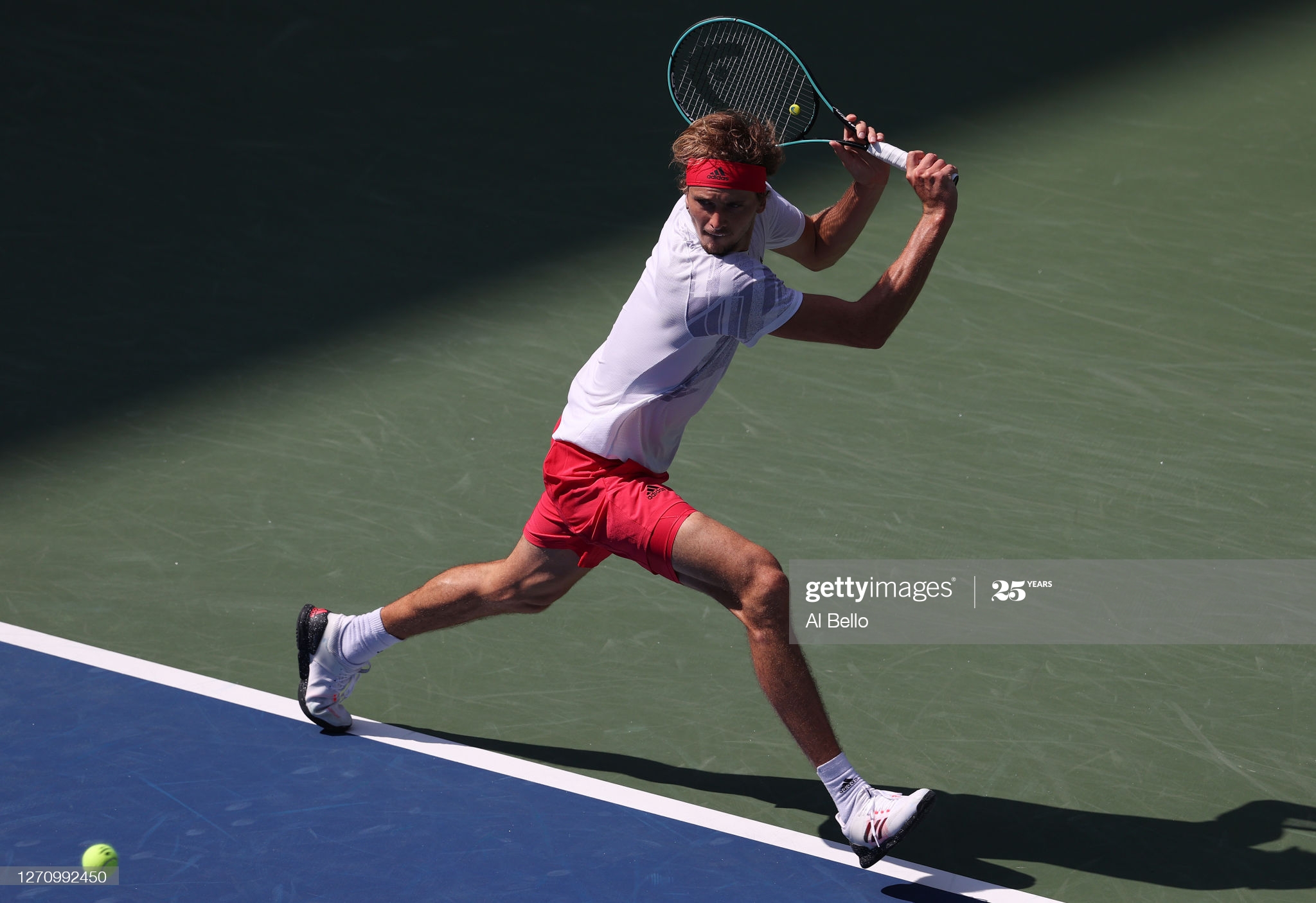 Naomi Osaka sent out a fairly big statement in beating Anett Kotaveit 6/3 6/4. This is where champions start to ‘zone in’. You would have thought this would have been quite a tight one prematch. Kontaveit looked a real threat coming into this but as can so often be the case this only served to focus Osaka more. She will play Shelby Rogers next after she dug in deep in the final set against Petra Kvitova. Petra got a little tight in the final set breaker when it mattered most. Chucking in a double fault at 6/5 on matchpoint, followed by a tame error at 6/6. Rogers CV looks pretty impressive of late and she doesn’t know when she is beaten.

Jennifer Brady was too good for Angie Kerber. Kerber came into the match with an ankle concern but was dominated by the American who played a first set of real quality. Brady did have a medical timeout in the second for a left thigh issue but impressively closed it out against the former champion. What a chance for her to make her first semi-final when she takes on Yulia Putinsteva, who won an edgy contest against a physically compromised Petra Martic.