With the match seeming a carbon copy of their encounter in Cincinnati, I wouldn’t say I was overly confident going into the decider. I thought Serena had let Sakkari back in with a few sloppy errors in the second set breaker. Then Rena went a breakdown and I wasn’t sure I could see a way back. Sakkari was playing well and I wondered how Serena was going to handle the third set from that point. She fired herself up again though and took advantage of a slight dip from Sakkari and asserted her authority on the match once again. I think the lack of crowd is helping her, as she said there are ‘plus and Minuses’ to it. I just feel she doesn’t get to feel the tension and anxiety from the crowd, she can just do her. We will have to step it up to get to number 24 but the heart and the fight was there in full yesterday, now we can look forward to the day off to rest up!

Serena will play fellow Mum, Tsvetana Pironkova in the last eight. I still can’t believe how well the Bulgarian is playing here in her first event for three years. She did show her first signs of physically struggling in a hard-fought three-set win over Alize Cornet. Pironkova served for this a couple of times in the second but Cornet kept coming up with the passing shots and eventually took it to a decider. From a breakdown in the third, the Bulgarian kept going after her shots and it was Cornet who faltered out of the two. This was an energy-sapping encounter.

Vika Azarenka keeps up her run after beating Karolina Muchova. Muchova could barely move by the end of this but kept going for her shots and kept it competitive. Vika looks to be having great fun out there though. She has always been a fantastic hard court player and its great to see her back at the top of the game. She will play Elise Mertens for a place in the last four. The Belgian has knocked out second seed Sofia Kenin. I hadn’t seen much of Kenin but reports were saying that she was playing really well. Mertens put in a bit of a masterclass last night though and took the American out 6/3 6/3.

Daniil Medvedev rushed into the quarters with a win in just over an hour and a half against Frances Tiafoe. It has all been very plain sailing for Daniil at the moment but it will get tougher against Andrey Rublev next. So far, so good though and he still thinks he has a few gears left. Rublev came from a set down to beat Matteo Berrettini. The Italian came out firing on serve as he had in every match so far. Rublev has improved since his loss to the Italian here last year though and when he got into the point, he was getting the first strike in, made easier by Berrettini’s drop in form. Too good from Rublev. Impressive from the both Russian’s.

Dominic Thiem ended up giving Felix Auger-Aliassime a bit of a lesson. Having edged a tight first set he ran away with it very quickly, winning the next two sets 6/1 6/1. We know that Thiem is capable of this level over five sets and that was always going to be the problem for Felix here. I think he has shown a much better level of five-set play this last week and there are even more positives going forward for FAA. Thiem is looking good though. He goes in as a 1/4 favourite over Alex De Minaur, who has made his first slam quarter-final, putting an end to Vasek Pospisil’s run. Pospisil has been suffering from quadriceps and abdominal pains and the Aussie tested that to the full, running out a comfortable straight-sets winner against the giant-killer. 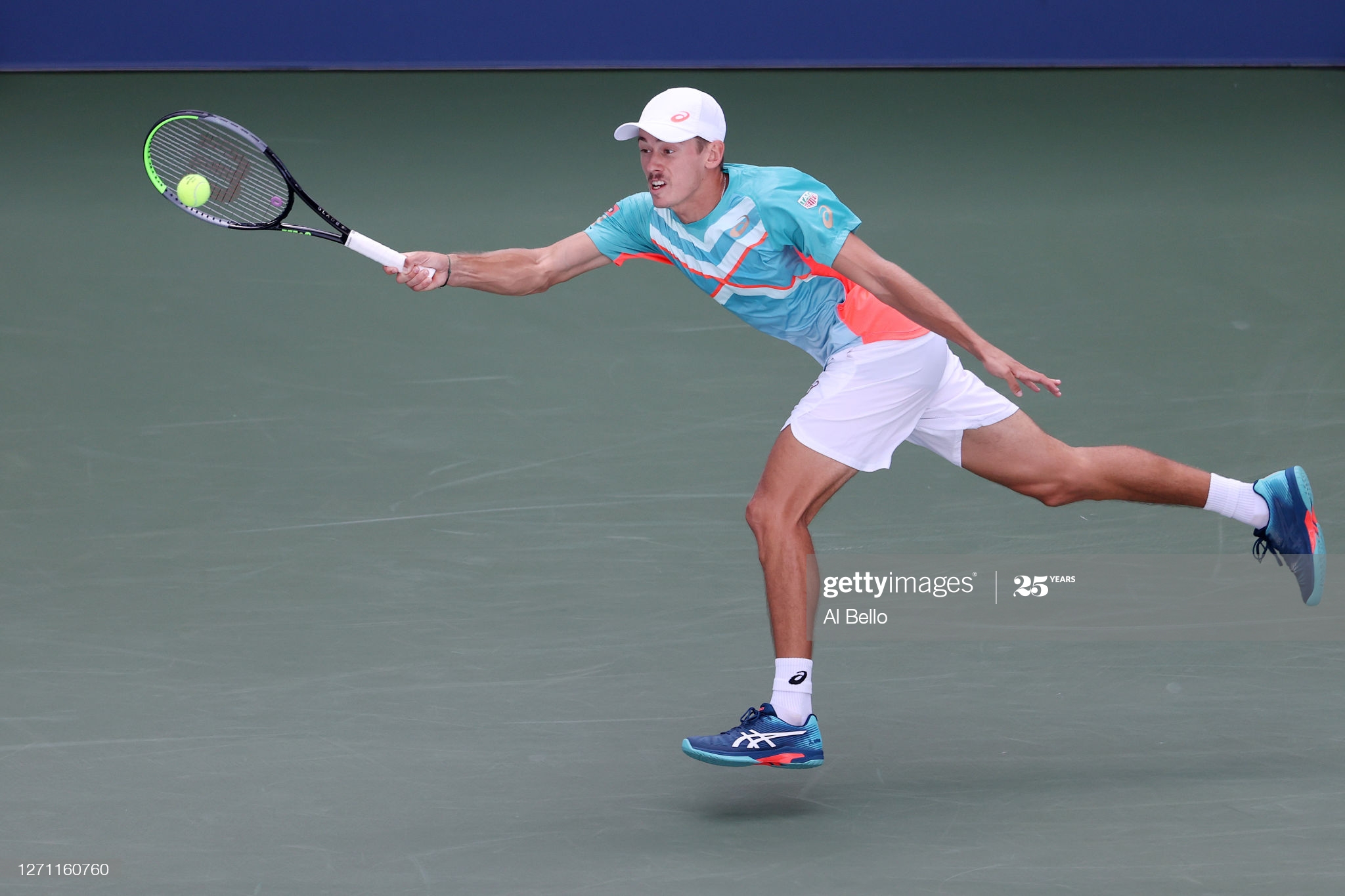