So my main tip for the tournament, like pretty much all the others have fallen. Daniil Medvedev, who hadn’t dropped a set all week was beaten in straights by Dominic Theim. The irony behind this is that I nearly tipped up Thiem. I was asked pre-draw on Twitter who I fancied in the men’s and following on from his impressive effort last year in New York and his run to the final of Melbourne I said, Thiem. A week of Cincinnati/ New York changed my mind. The Austrians 6/2 6/1 defeat to Filip Krajinovic on the exact same courts was a huge put off for starters. It wasn’t only Thiem saying how fast these courts were. The Ashe and the Armstrong aren’t quite so fast though and that is where Thiem has played this fortnight. Did it make a difference? Not sure!

The Dominator has been in great nick and to beat Daniil Medvedev in three sets of real quality is hugely impressive. Medvedev served for both sets two and three but ended up losing them on tiebreaks. The mixture of power and slice from the Austrian is giving him so much variety right now. The scoreline here of 6/2 7/6 7/6 would suggest Medvedev didn’t turn up but that certainly wasn’t right for most of the match. There is a 38 stroke rally on youtube worth taking a look at. Medvedev also got a code violation for crossing the net when trying to argue his case (to point out the mark), having been broken in the first set. He was trying to challenge his serve which was out and not called. The Umpire said he had played his next shot and that was that though. Daniil also appealed to the supervisor and was heard saying ‘the US Open is a joke”. Then he went on to sarcastically say “My sincere apologies to US Open for crossing the net.” You just have to love Daniil, what a relationship he already has with NYC.

Has Sascha Zverev got a pop in the final? The head to head isn’t exactly in his favour. Thiem currently leads the battle 7-2, including a four-set semi-final win at the Aussie earlier this year. There is no doubt there has been an improvement from Sascha in the slams, but he still needs to shake off making most of his matches, long, drawn-out affairs. Against Pablo Carreno Busta he came out cold and edgy and found himself down 6/3 6/2 down just like that. Zverev did well to turn it around with the serve firing. Had it not been for the Spaniard being even edgier from there on in though he wouldn’t have got away with it against other players. Someone like Dominic Thiem for example. 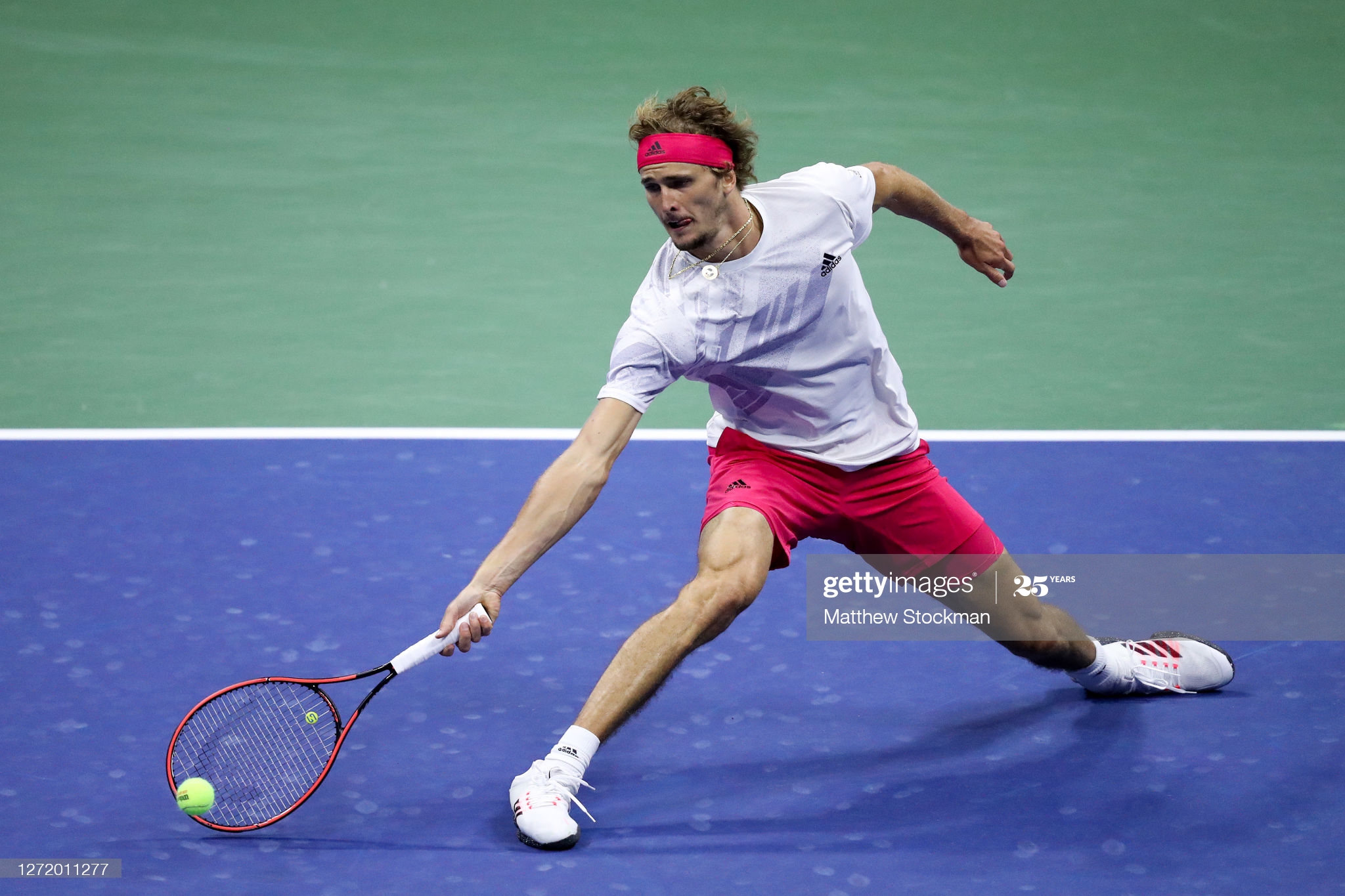 I may be totally wrong ( I have most of the tournament) but I don’t see Thiem getting that tight. This will be his fourth final now. Pressure is a funny thing though and Zverev will no doubt play to a higher level. He does tend to play to the standard of his opponent mostly over five. There isn’t anything to lose for the first time either. The other thing is that Thiem has been the underdog in his previous three finals, something he isn’t here. I think he’s ready to make that official step up now though and he looks strong mentally. His level of tennis is also consistently high. I’m not sure Zverev is ready for that step just yet. It hasn’t looked like it so far.