There is no doubt that the conditions over in Paris are going to make this very, very uncomfortable for a lot of players. The wind, the rain and even the balls have come under more scrutiny after today’s play. Some of the outfits we saw pretty much said it all.

I always go in with lower expectations for Evo at the French and even though Nishikori is nowhere near his best it was a horrid draw. Evans gave it a real go and only just came up short in the end. The match had huge momentum switches all over the place in the 1/6 6/1 7/6 1/6 6/4 scoreline. Evo was tantalisingly close to his first win in the main draw in Paris. At least he can look forward to events on much more favourable surfaces for him now. I loved his comments after when asked about the Wilson balls being used for the first time and his response “Some of those balls we were using you wouldn’t give to a dog to chew. It’s brutal. It’s so cold. I think the balls are the biggest thing. Maybe they got it a little wrong with the balls. It’s tough to get that ball to go anywhere. That ball’s a bit too heavy, I think”. You will always get an honest answer from Evo. Brilliant. We have had Rafa and Thiem already criticise the balls and a lot don’t seem happy with the change.

It is never nice to see Murray get beat either, in very comprehensive circumstances against Stan Wawrinka too. It was always asking a lot of him here and again the expectations were low coming in and once again even more so after the draw. In the same way Evo does though, Murray will give an honest assessment of things and he said: “I served less than 40%, that’s just not good enough. I haven’t served like that… that’s nothing to do with my hip. Mistiming returns and serving at 38% that’s got nothing to do with that”. Muzza added that he will go away with his team and look at the performance and why it happened, he is not going to shy away from that!

My bets had a reasonably safe day for once this year. Zverev looked pretty decent against Dennis Novak. After the Austrian failed to serve out the first set, Zverev turned the screw. Diego Schwartzman gave Miomir Kecmanovic a comprehensive spanking for the loss of just four games and Sebastian Korda showed his maturity in beating the experienced Andreas Seppi. He has a crack at John Isner next. Dominik Koepfer also won and he will play Stan next.

Finally, in the men’s, there were a few upsets. Jannik Sinner absolutely battered David Goffin 7/5 6/0 6/3. I have said it before but he really does look like he will be some player and only recently turned 19-years-old. Norbert Gombos also upset Borna Coric in four.

It is easy to say now but Jo Konta’s was never really going to enjoy these conditions. I think people assumed that her clay form has been decent but it is totally different in Rome to Paris right now. Gauff won the juniors here two years ago and aside from being a stinking draw for the Brit, she played pretty poorly. It didn’t really come as that much of a surprise though plus Coco generally plays well against the bigger players.

Vika Azarenka marched off court due to the conditions and then marched past Danka Kovinic on the resumption. Azarenka was not hanging around and pretty much decided to suspend play here early on. Don’t mess with Vika. We have been denied a third match in less than two months against Queen V however. Venus lost in straights to Anna Karolina-Schmiedlova and said that is her done for the year. 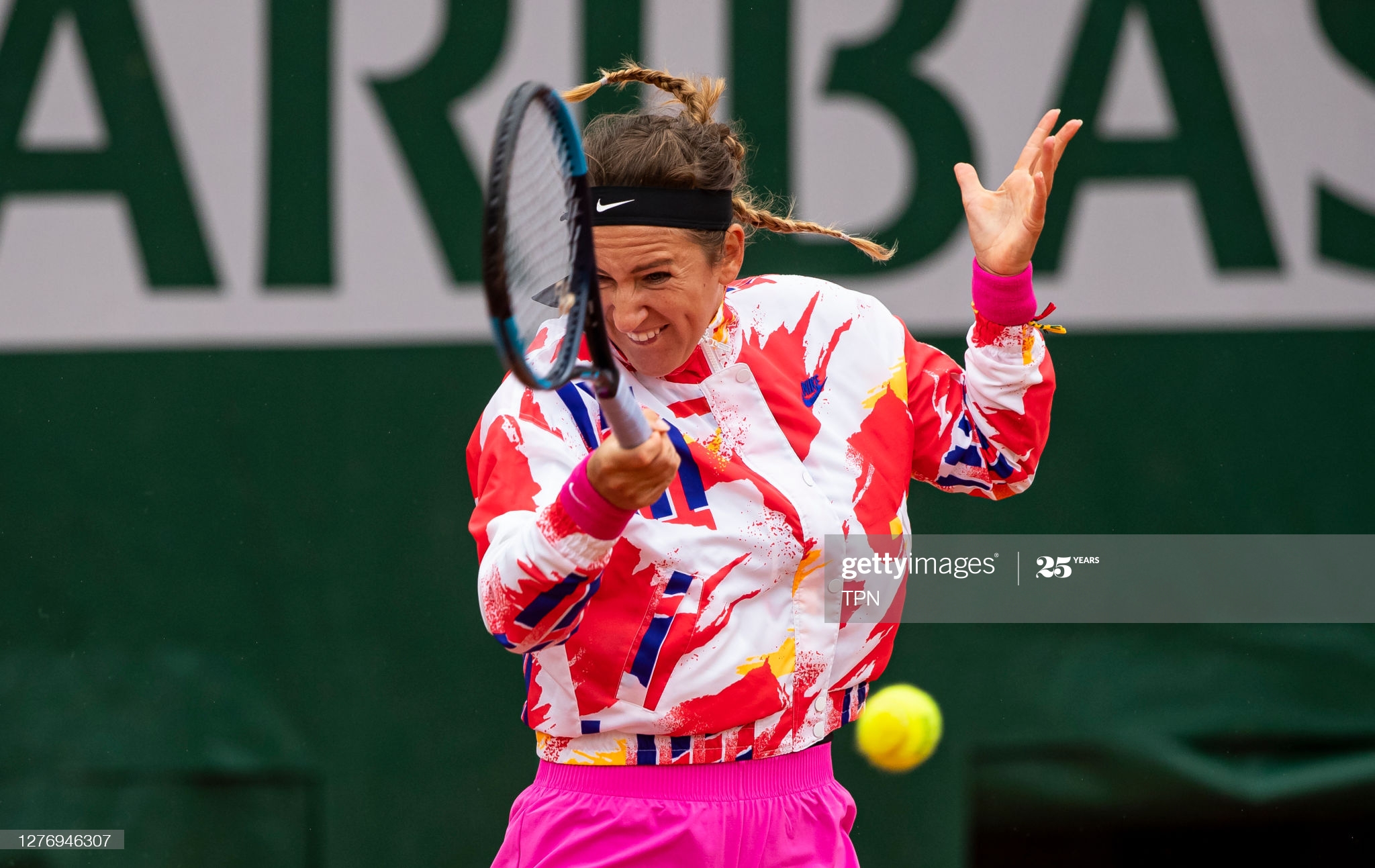 Simona Halep celebrated her birthday with a win under the roof on the Chatrier. She didn’t have it all her way against Sara Sorribes Tormo but reeled off something crazy like ten straight games to win 6/4 6/0. There were also wins for Elise Mertens, Maria Sakkari and the back inform Genie Bouchard. She will play Daria Gavrilova next after she won her first match back on tour in 13 moths against Dayana Yastremska. Anett Konatveit has lost to Caroline Garcia, a nasty draw for the Estonian to say the least. Garcia fought back from a break in the decider in what looked a high-quality contest. 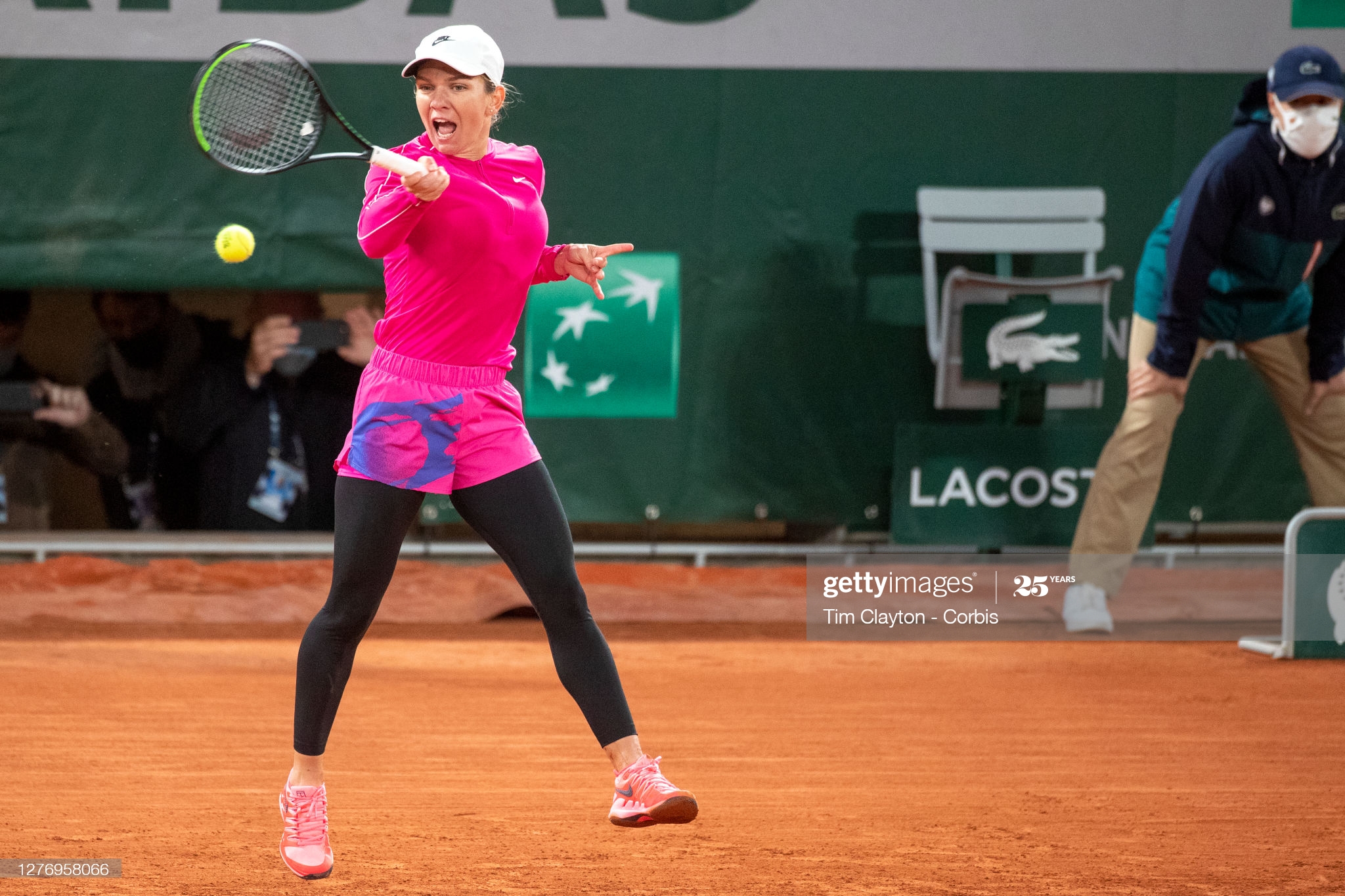