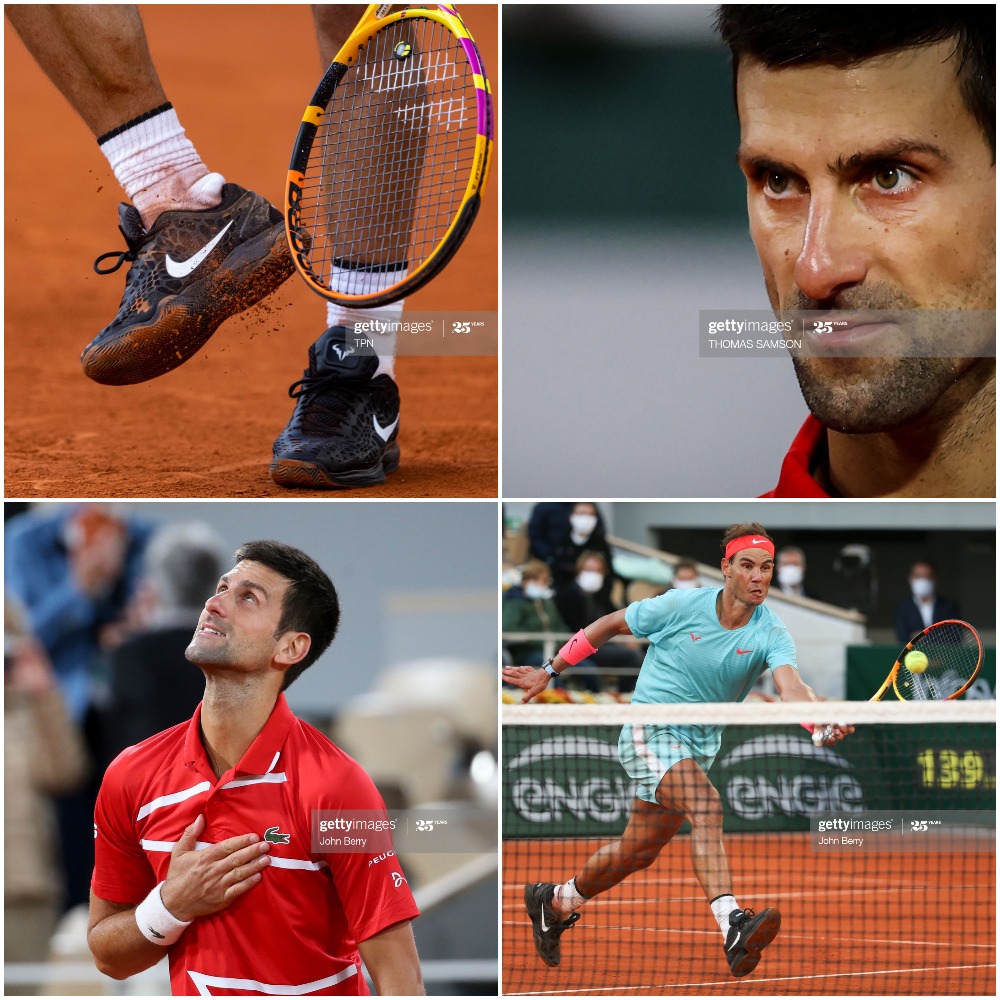 We knew going into Paris that Rafa and Nole were going to take all the beating. Especially as it looked like there main threat Dominic Thiem had probably played too much coming in. Here we are again, with the top players in the world teeing off against each other again Sunday. Both had varying degrees of stress in their semi-finals. When push came to shove they did what they needed to. 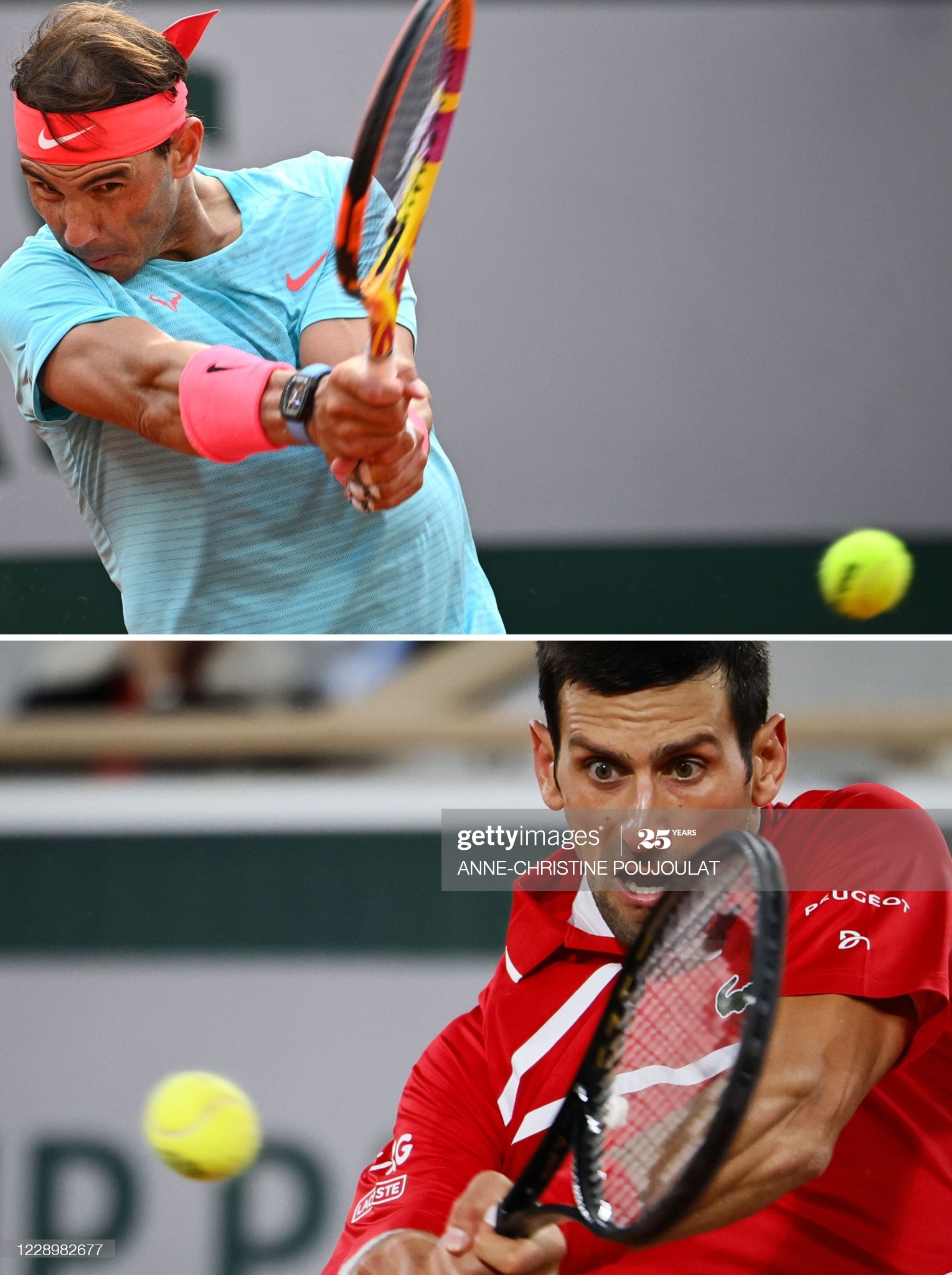 First up it was Rafa against Diego. Diego played ok but for two sets and a break in the third, he wasn’t quite bringing what we had hoped for. He was never going to be hammered today, he’s too good for that but he was pretty unlucky not to turn the third set round in the end. I just wonder if he could have got that bit closer than the 6/3 6/3 7/6 scoreline if he could have got Thiem beat a bit quicker. It has been a wonderful month though for El Peque after losing to Cameron Norrie from two sets up in New York. Rafa was pretty pumped for this today as you would expect having lost to Schwartzman in Rome. Nadal will be looking to win a thirteenth French Open on Sunday. 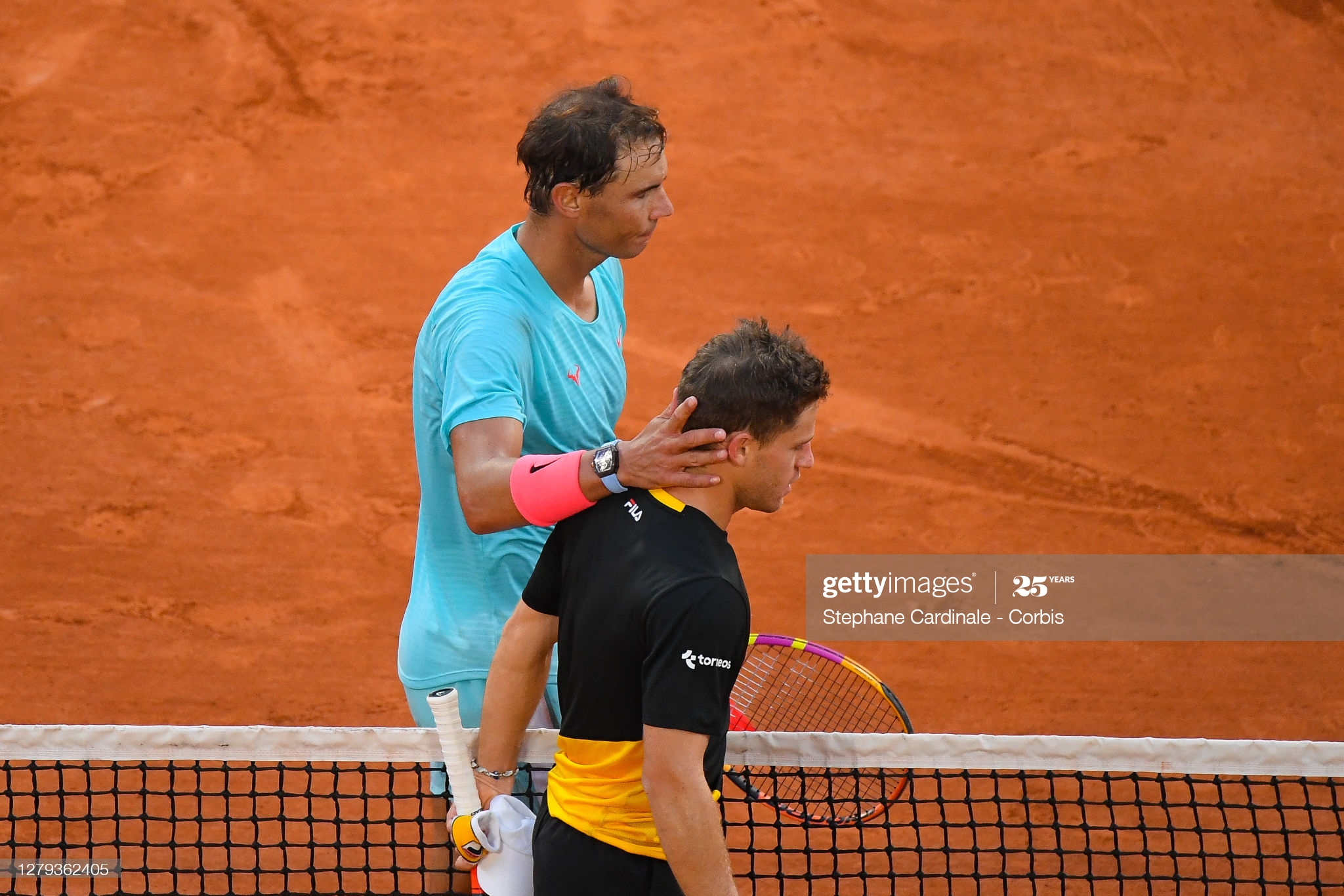 Djokovic could have and would have been there a lot quicker but for a mixture of nerves and Tsitsipas brilliance. At match point at 6/3 6/2 5/4 on his serve, you didn’t envisage the Serb being extended into a fifth. The Greek lad once again showcased his full repertoire of talents though and he is a joy to watch. Stefanos didn’t have much left in the tank though, in the decider, he was flat out. He mentioned in the latter stages of the fifth he felt an old injury from Rome. Whereas Nole was looking just fine and says he is over the shoulder injury. The Serb also says that he feels physically fine after the five sets. The bookmakers tend to agree with Rafa as big as 4/6 with a few firms. 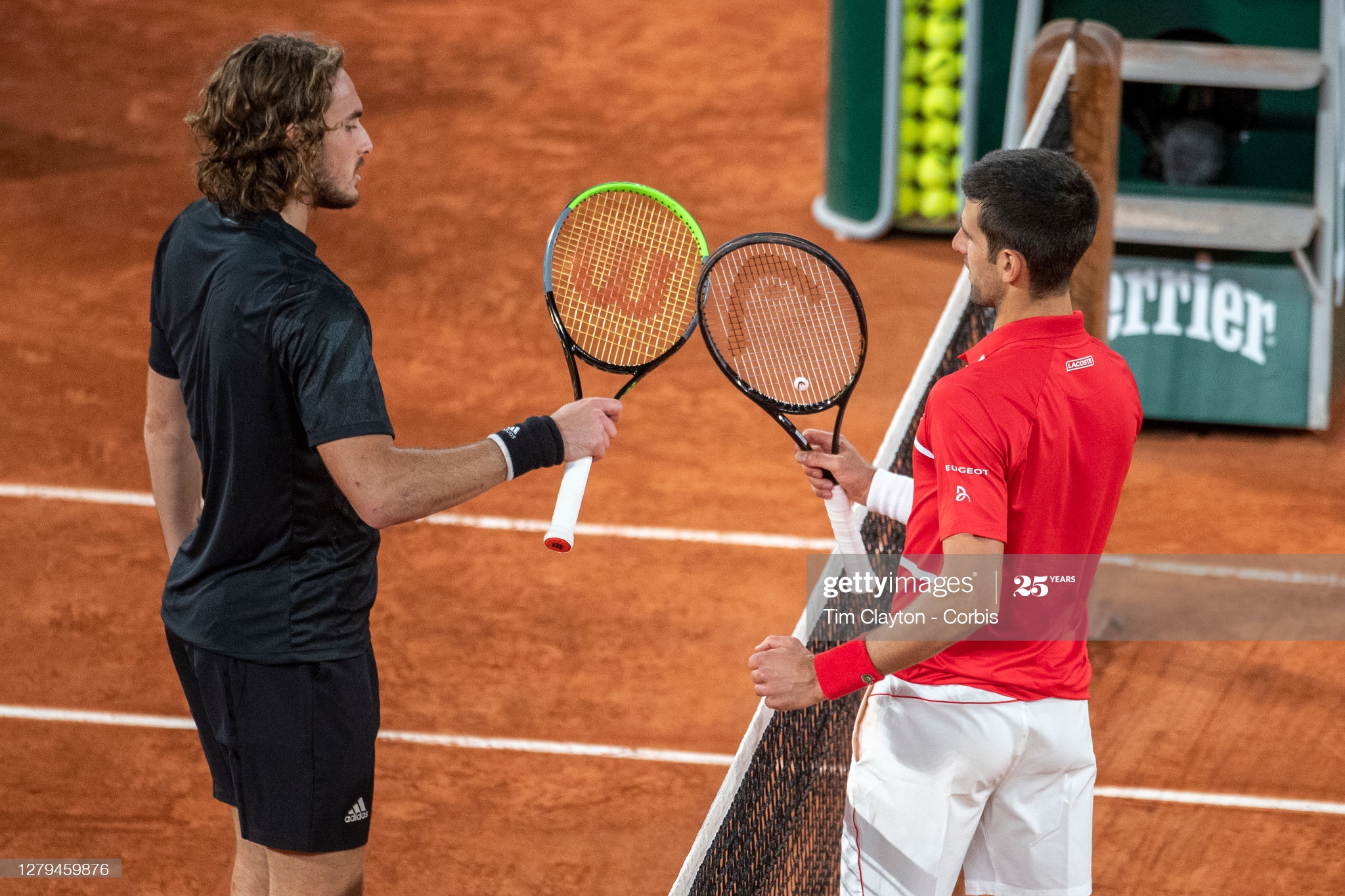 It is astounding to think that this is the fifty-sixth time they will have met. Nole has the 29-26 lead in the head-to-head, though Nadal is comfortably ahead on the surface. Djokovic can take heart from his wins on clay against the Spaniard though and especially the one from five years ago on these courts in Paris. I hope this lives up to expectations. I think there is enough bite out there to ensure that. Enjoy. 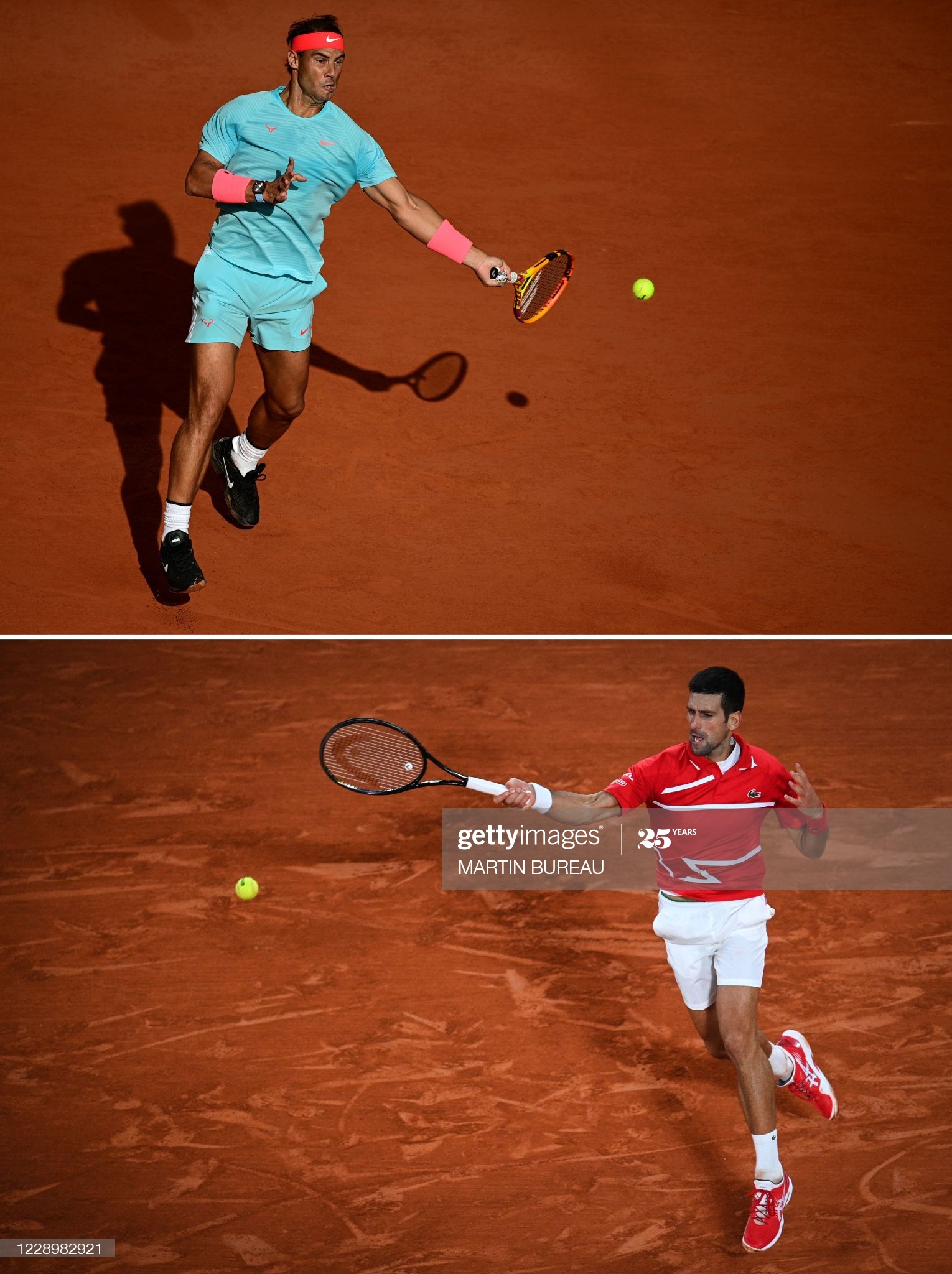