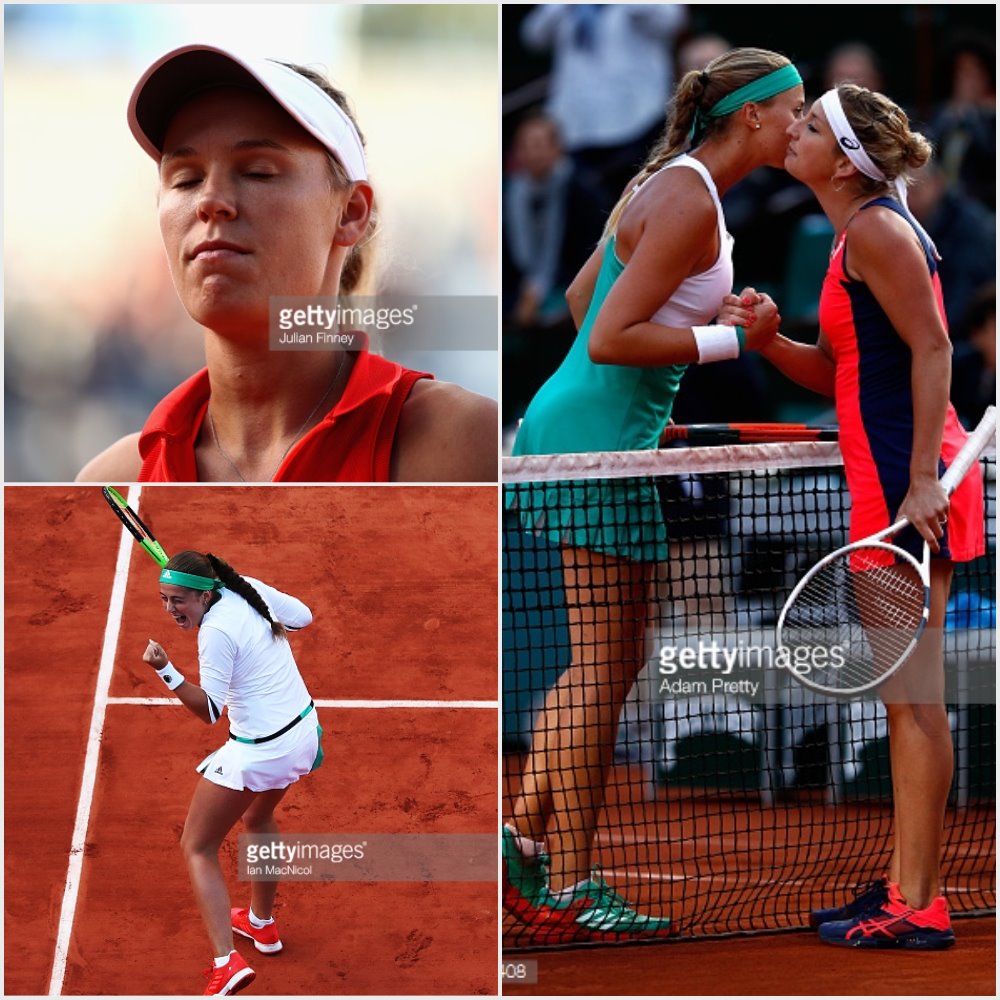 Kiki’s run came to an end today. Bacsinszky put in a performance that was cool and calculated. She knew Mladenovic would be feeling the effects of the tournament. Her variation and hustle combining very well with a backhand which today, was more potent that Mladenovic’s forehand. She won the battle, she’s a very clever player and in these conditions, she’s very difficult to beat. Kiki couldn’t dig herself out of trouble this time, she lacked the consistency and just couldn’t string it together when it mattered. With it goes my 80/1 bet! On to Wimbledon where I backed her at 100s!! I would expect her to go well at SW19 next month, she’s an all court player! Timea though has gone about her business quietly so far but there is no doubt she’s a serious operator at this event. A top 10 player less than two years ago who’s had her fair share of injuries. As today again showed, she’s still got it!

The other quarter-final saw Jelena Ostapenko recover from a slow start to continue her domination over poor Caro Wozniacki. The Dane now trails the head to head 0-4, 3 of which are this year! Ostapenko recovered from losing the first 5 games and showed exactly how she causes Woz such problems. 38 winners from the Latvian to Woz’s 6 show how this played out. Ultra aggressive, attacking here from Ostapenko hitting through Wozniacki’s defence. There’s not much Woz can do when her opponent is playing like that. I have not always liked what I have seen in terms of ‘attitude’ from the Latvian, but I’m sure this is improving and damn can she play. The rain may have interrupted both matches but I don’t think the outcome would have changed in either case. It will be an intriguing Semi-Final against Bacsinszky.

Due to the inclement weather, the men got sent home to return tomorrow ,so we shall see what happens then. Another big day now, with the remaining two women’s quarter-finals and the complete men’s last 8 on show.