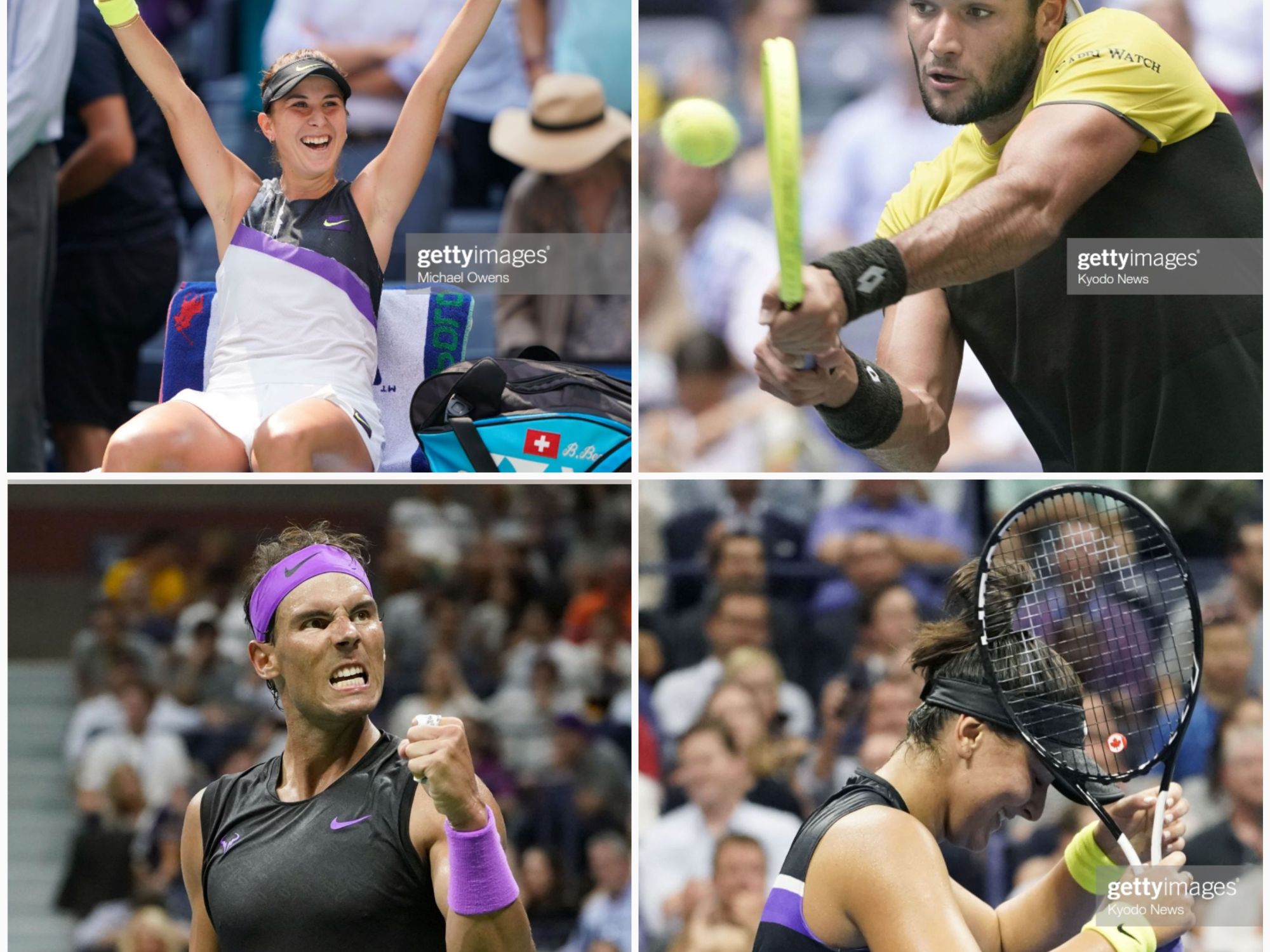 It was getting to the point where you thought Matteo Berrettini might not get over the line against Gael Monfils. It would have been totally unjust on the young Italian, who but for nerves would have got it done earlier. Five matchpoints came and went, including a very edgy double fault on the first. Monfils was at his ‘showman’ best but from a set and a break, he was outplayed and increasingly looked fatigued. From the fourth set, he was clutching his knee between points and then started chucking doubles in late doors that ultimately sealed his defeat. I really enjoy watching the Italian with his big game but not only that, he is very consistent. I don’t think there is an awful lot left in the tank here now though, he looked shattered too towards the end!

There were a fair few nerves out on the Ashe for the first match of the day too. I expected Belinda Bencic to beat Donna Vekic quite comfortably. She did in the end but Vekic served for the opener and it was only after taking the first in a tiebreak that Bencic started to relax a bit more. I was probably expecting a better level from her, but after playing brilliantly against Naomi Osaka it would have been all about getting it done in the last 8. There would also have been the added pressure of being favourite, so I know I am being a little critical.

Bianca Andreescu started very slowly against Elise Mertens. It was a cause for concern early on. There were a lot of experts saying that the Belgian had been playing pretty well and as I have already said in a previous blog, she was going under the radar here. The 19-year-old got her game together though in sets two and three and looked a totally different proposition to the error-strewn player in the opener. You always felt that this was a match that was on her racket. She will go into her semi-final with Bencic as a very slight favourite. It will be both players first semi-final in a major.

I think the biggest surprise of the night was to wake up and find that Rafa had been cramping in his straight-sets win over Diego Schwartzman. The Spaniard said the conditions were pretty humid and we know that Diego is a warrior, but even so I wasn’t expecting to be reading that first thing this morning. The draw has obviously opened up even more than expected for Rafa and you feel Berrettini would have a chance if he was a bit fresher but he is not. I honestly think Monfils may have withdrawn had he got through. It is still very much Nadal’s tournament to lose.